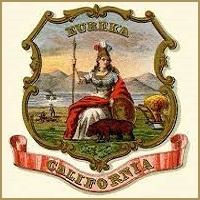 The Big California Sports Betting Vote! • This Week in Gambling

It’s almost time for the California sports betting vote! And the state could become the biggest market for sports bets in the country! What’s on the ballot? Who’s backing the sports betting bills? And what’s at stake for everyone?

Hello friends, and welcome to This Week in Gambling. It’s so nice to finally be home and in my studio, just in time for the big California sports betting vote next week. A vote that could have serious implications for the gambling industry in America. And that is this week’s big story. First of all, let’s take just a moment to understand exactly what’s at stake here. California has the potential to become the biggest sports betting market in the country, with some estimations placing its value at $3 billion a year. To that end, over $350 million has been spent on trying to get sports betting passed in the state, making this the most expensive political campaign in California history! So, sports betting should pass right? Well, not so fast.

Proposition 26 gives Tribes the exclusive rights to sports bets, which must take place on tribal lands at tribal casinos. Proposition 27 would allow wagers to take place outside of tribal land, including online and mobile sports betting. Proposition 26 would generate about $100 million a year in tax revenue, with some of those funds going to problem gambling and regulation. Proposition 27 would generate about $200 million a year, and also set aside funds for problem gambling and regulation… with additional funds being allocated to homeless programs in the state.

Now for a proposition to pass in California, it only needs a simple majority. That is 50% of the vote, plus a vote, so either one of these Propositions could pass… or they could both pass and cause a real legal shit storm… or, the more likely scenario is that neither of them pass. You see, a recent poll from a California newspaper found that Proposition 26 had just 37% support. Proposition 27 had just 27% support, ironically. So if both fail, the real losers in California will be anyone who’s living there that just wants to make a little sports bet.

While we were at the Global Gaming Expo a couple of weeks ago we conducted two interviews about California sports betting, one with Tribal leadership the other with a potential Federal regulator. In the first we speak to James Siva, the chairman of the California Nations Indian Gaming Association, to get a Tribal perspective on both of the competing propositions, and what happens if one or the other passes, both pass, or neither pass. We also spoke to Sequoyah Simermeyer, the Chairman of the National Indian Gaming Commission, to get a federal perspective on the topic and what we can expect from a regulatory standpoint if sports betting is passed in the California sports betting vote. Both of these interviews are live right now on our YouTube channel.