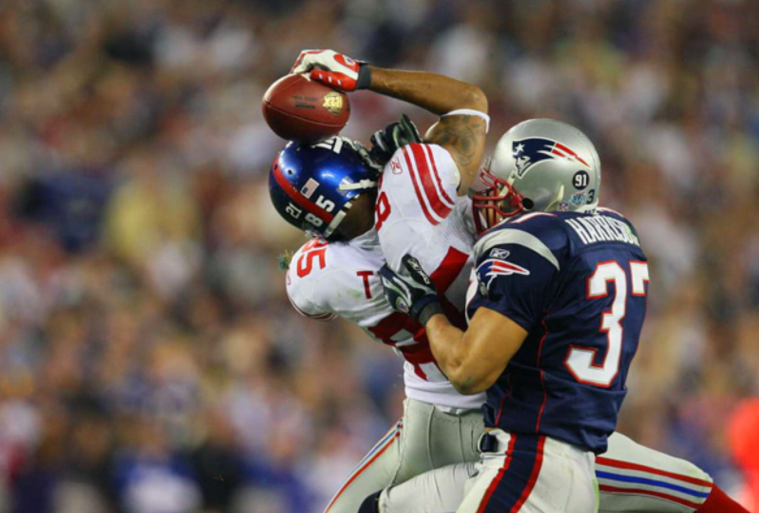 The NFL moves into its divisional round of the postseason this weekend. Eight teams will compete to move on to their respective conference championship games. Teams like Cincinnati, a No. 4 seed, and San Francisco, a No. 6 seed, look to pull off major upsets and advance.

In NFL playoff history, there have been a number of big upsets. In the Super Bowl era, 26 teams have been an underdog of at least 12.5 points. Only four of them have ever won a game. Some are among the biggest upsets in NFL history.

It was 1996 and the Denver Broncos were the No. 1 seed in the AFC after going 13-3 in the regular season. They were led by QB John Elway and RB Terrell Davis who had rushed for over 1,500 yards and 13 touchdowns.

The Jacksonville Jaguars were an expansion team in 1995 and in just their second season of existence. As a result, the Broncos were 14-point home favorites to beat the Jags. Jacksonville QB Mark Brunell threw for 245 yards and two touchdowns and RB Natrone Means ran for 140 yards and another score as the Jags pulled one of the biggest playoff upsets ever.

One of the bigger upsets in recent history

One of the more recent upsets found No. 6 Tennessee on the road at top-seeded Baltimore at the end of the 2019 season. The Ravens had the league’s best record at 14-2 and the league’s MVP – QB Lamar Jackson. Going into the game, Baltimore was a 10-point favorite at top rated sportsbooks.

What the Ravens didn’t have was NFL leading rusher Derrick Henry. The Titans star would rush for 195 yards and even throw a touchdown pass as the Titans pulled the upset. Tennessee would go on to lose to Kansas City in the AFC title game.

A few weeks prior to meeting the Giants in Super Bowl XLII, the Patriots had beaten New York 38-35 in the regular season finale. New England then went on to earn the top seed in the AFC playoffs. The Pats beat Jacksonville and the then-San Diego Chargers to advance to the Super Bowl.

New England was favored by 12.5 points to beat the Giants at top sportsbooks. The game was a tight one and the Patriots led 14-10 with 2:39 remaining in the game. That’s when the Giants and QB Eli Manning would take over the ball with a chance to win. Manning would drive the Giants down the field and, thanks to one of the most memorable catches in Super Bowl history, would set New York up for the winning score.

Manning hit WR David Tyree on a huge third down play. The “Helmet Catch,” (pictured above) as it is known, featured a leaping Tyree who made the catch with one hand while pinning the ball against his helmet. A few plays later, Manning would find Plaxico Burress in the end zone for a 13-yard touchdown and, ultimately, a 17-14 upset victory.

It was the first year that the name “Super Bowl” was used. It was 1969 and the AFL champion New York Jets had a young, confident quarterback named Joe Namath. A few days prior to Super Bowl III, Namath guaranteed that his Jets would beat the mighty Baltimore Colts.

Namath would complete 17-of-28 passes for 206 yards in the game. He didn’t score a touchdown but would earn the game’s MVP award as he led the Jets to a 16-7 victory. The Jets had been 18-point underdogs.