Back in 2013, Jens Kyllönen experienced every poker player’s worst nightmare. He had his laptop tampered with, targeted for a trojan attack by criminals looking to be able to see his cards while he was playing.

There can’t be anything worse for a player who is right at the top of the tree, playing for small fortunes on every table. The incident took place at the EPT stop in Barcelona, a 5-star resort that might have had customers running to rocket casino once they heard what had happened.

After busting out of the EPT Main Event on Day 2, Jens Kyllönen returned to his room and discovered that his electronic room key did not work. He walked down to reception to have the key re-synced and upon entering his room saw that his laptop was missing from the table.

Stunned, the Finn quickly tried to think where it could be, immediately thinking the cleaner might have moved it or his roommate borrowed it for some reason. But after a cursory check it was clear the computer was not there.

Rather than make a hasty complaint when there might be a simple explanation, Kyllönen went to the playing hall to find his roommate, Henri, to check. There he heard that he knew nothing about the missing laptop but also that his key didn’t work either.

Another trip back upstairs for a final check beckoned and, lo and behold, when he opened the door there was the missing computer, placed back on the table where it originally stood.

Kyllönen is now certain that somebody has been in the room in the last few minutes and he runs down to reception to make a complaint. The Guest Relations Supervisor is brought out to liaise and translate and it is explained that once the keys are re-coded the room will once more be secure and they promise to check the cameras.

Feeling a little brushed off, Kyllönen went upstairs again to check his computer and was greeted by the following screens when he tried to open Windows. 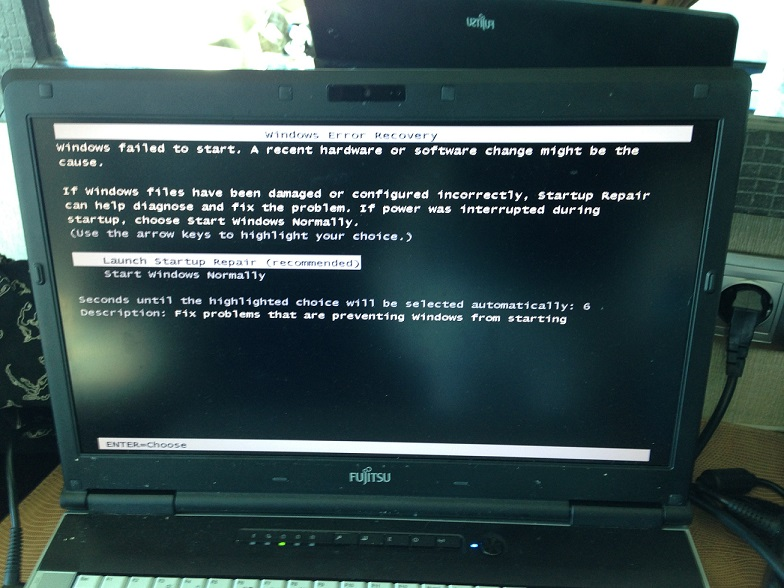 Later Kyllönen is told that the cameras were out of action in his corridor and is promised a meeting with hotel security.

Then, upon returning to the room, the key no longer works! The Guest Relations Supervisor comes up to check and when the room is opened the computer is missing once again. You couldn’t make this stuff up.

After being moved into a new suite Kyllönen goes back to reception to say he is moving out, the phone rings to say that the laptop has been found in the hotel lobby.

PokerStars now get involved, as it is its event that is taking place, and the hotel security come for a meeting which doesn’t go well. The attitude was said to be something like:

“Nothing has gone missing, you already got a room upgrade and free room service, what more do you want?” Kyllönen later made a post on 2+2 to say that even weeks later, the Spanish police had not been called, with a claim of miscommunication given as the reason.

PokerStars’ own investigation revealed that there were indeed suspects but it was preferred to do this from its base in the Isle of Man. A case was forwarded to the relevant country but the police were not guaranteed to follow up, incredibly.

Hi Jens
I have been informed that the investigation has been forwarded to the [the suspects country] authorities – we will just have to wait to see if they take up the case and contact us back again.
As soon as I hear anything I will let you know
Regards
[employee name]
Senior Internal Security Analyst
PokerStars The laptop in question was also analysed by F-Secure Helsinki headquarters and it was indeed found to contain a trojan virus after all of these shenanigans.

This really does sound like the worst story a poker player could experience.