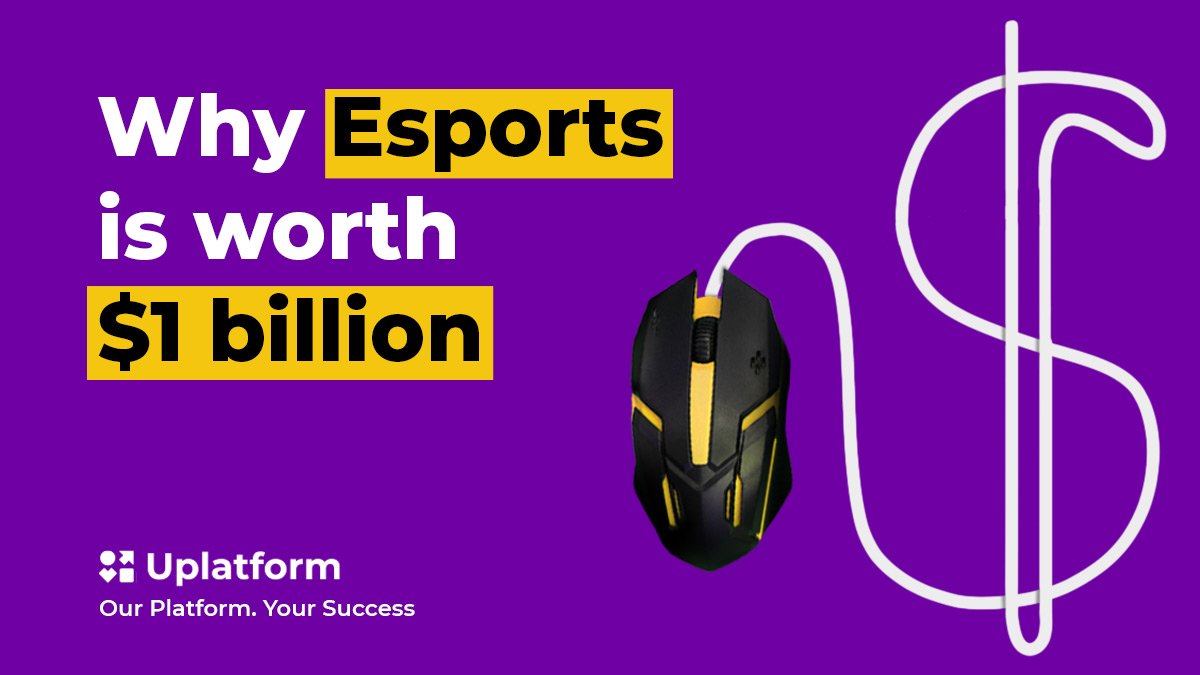 The growth of Esports to a $1 billion sector

From a small niche, esports has developed into a sizeable industry, a billion-dollar business that is now attracting many investors. In this article, sports betting and iGaming platform provider Uplatform discusses the market’s rapid growth, which according to data cited by the company, has seen the worldwide esports audience size reach 474 million viewers, and is projected to gain over 577 million viewers by 2024.

Esports today means passion, big money, and big business. The beginnings, however, were relatively modest. In October 1972, it kicked off with Spacewars – a game about steering a spaceship and shooting down the enemy. It was an event held by the University of Stanford, where students from multiple disciplines got to compete in a battle. The next important event that had the most significant impact on the development of Esports was in 1980. Atari held a Space Invaders competition – this event is known as the first large-scale video game tournament. Another significant event was the Nintendo World Championships, a tournament that took place in 1990. For first place, the winner won $10 000, a car, a 40-inch TV, and a gold trophy.

Over the past years, online games such as League of Legends, Blizzard’s Starcraft II, Riot Games, and many more have attracted significant audiences, with millions of participants and viewers. The rising Esports sector is expected to reach a market size of $5.1 billion by 2028, according to Emergen Research. The pandemic and subsequent lockdowns resulted in the cancellation of major sporting events; thanks to that, many sportsbooks started offering Esports betting options as an alternative, and as a result, the industry as a whole grew by more than 170%, and in 2022, there’s an anticipation of even greater success.

Owing to its hyper-dedicated young audience, Esports, which started as video games created mainly as a hobby for teenagers, now has a more diversified customer base with over 4 per cent of female bettors and 30 per cent of female viewers. In a male-dominated niche like Esports, this is commendable, and judging from Uplatform’s statistics, the percentage of female bettors on Esports will exceed 15 per cent in the nearest future. Further review of Uplatform statistics indicates that most Esports bettors are between the ages of (23-25), but people of other ages are gradually embracing the game, and over half of Esports enthusiasts come from the Asia-Pacific region.

Although there are many Esports games on the market, a few have managed to gain international attention and are now featured in gaming tournaments.

Here are a few of the games that have achieved this level of success:

The most popular Esports games are – CS:GO, Dota 2, and League of Legends.
Over the past year, Uplatform has noticed a significant increase in the number of active  bettors on the League of Legends. Uplatform also noted that with the latest release of Age of Empires, players are beginning to embrace the game more.

Here is a list of upcoming Esports events to look forward to:

These games’ sheer size indicates the industry’s expansion and suggests bright future prospects. So for operators considering extending their sportsbook, it’s essential to keep incorporating Esports betting choices, which Uplatform can help with by delivering 60+ Esports and games, 9500 pre-match and live events, and 300+ betting markets.

Esports provide gaming enthusiasts with a broader selection of choices. Gen Z and millennials’ interest in Esports is growing, and betting opportunities are becoming essential additions to their platforms.

As a result of huge exposure and interest in major tournaments, the market is now gaining the attention of different demographics, and it is fast becoming the most financially lucrative market on the planet.

Uplatform features a comprehensive sportsbook, one of the broadest coverage of Esports from card games like Pokemon and Hearthstone to the well-known ones like Angry Birds, Call of Duty and CS:GO, multi-device compatibility, market flexibility, comprehensive coverage of events, and strategic localisation possibilities.

Working with Uplatform guarantees a team with superior industry knowledge, a personal approach, and expert consultancy, giving you an edge over competitors in this competitive space.