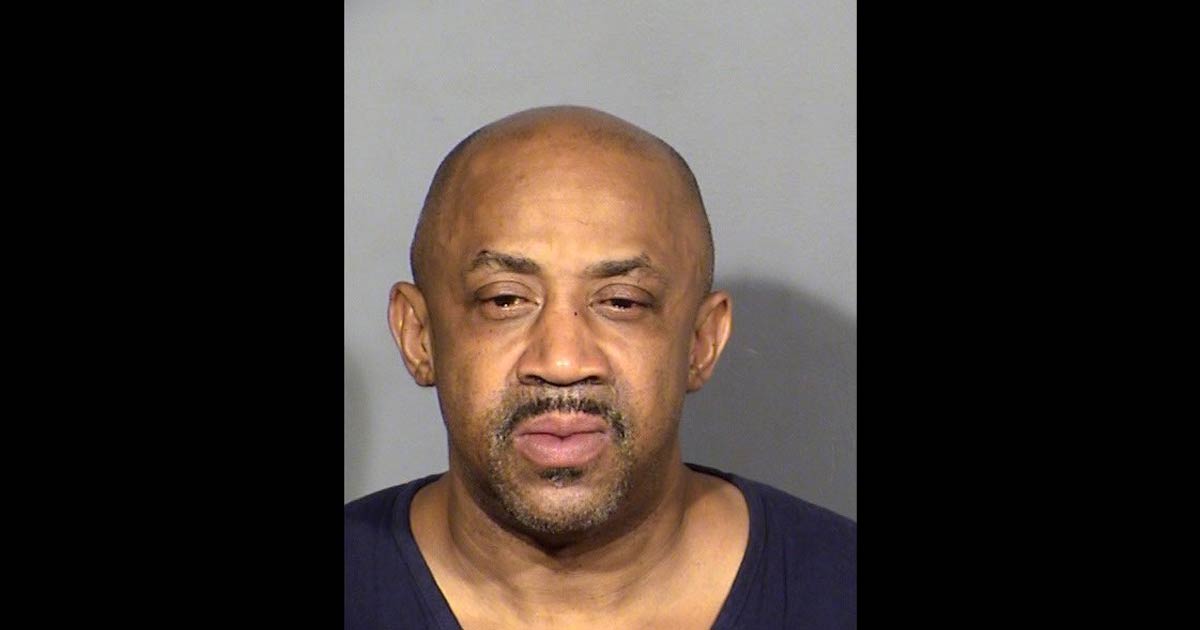 The Mirage Alleged Murderer Remains in Jail for Strip Shootings

The man who allegedly killed his cousin at The Mirage hotel and critically wounded two women remains behind bars. A bail hearing will be held on Tuesday, though he spent the weekend in custody without bail being set.

Billy Deray Hemsley in a mug shot, pictured above. He allegedly killed one man and wounded two women at The Mirage. (Image: LVMPD)

Billy Deray Hemsley, 54, of Las Vegas, appeared in Las Vegas Justice Court on Saturday for last week’s shootings on the Las Vegas Strip. He is charged with murder and two counts of attempted murder.

Aucturius Dwyane Milner, 49, was fatally shot in a room on the eighth floor at The Mirage at about 8:40 pm Thursday. Milner and Hemsley were “play fighting” when Hemsley allegedly produced a firearm and shot Milner multiple times, Las Vegas Metropolitan Police Department (LVMPD) reports said. Hemsley claims his cousin was choking him at the time.

The two women, identified as Milner’s daughter and her friend, also were shot in the room at The Mirage, KLAS, a local TV station, said. Milner’s daughter was shot 15 times, the report adds. Both were taken to University Medical Center (UMC) for treatment.

Police located Hemsley Friday morning at a bus stop near Nellis Boulevard and Twain Avenue. A handgun was tucked in his waistband, KSNV, another local TV station, said. He was taken to UMC for treatment of injuries he suffered during the apprehension. He was then booked at the Clark County Detention Center.

Officers said they responded to The Mirage within a minute of getting the first 911 call on the incident, according to LVMPD Capt. Dori Koren. Police and other emergency personnel immediately provided medical aid to the two female victims. The man was already dead.

Hemsley earlier tried to kill Milner in 2003, KLAS reported, based on court records and statements from relatives. Hemsley allegedly shot Milner twice in the buttocks in that incident, KVVU, another local station, said.

Hemsley plead guilty to aiming a firearm at a human being, the report said. He was incarcerated for about six months, KVVU said.

In 2012, Hemsley was arrested for attempted murder with the use of a deadly weapon, KLAS said. Hemsley allegedly stabbed a woman. He was sentenced to prison and was later released in 2019.

He also has been convicted for felony drug possession, DUI, and weapon charges, according to court records cited by the Associated Press.

Guests at The Mirage reported on social media the hotel was on lockdown for hours after Thursday’s shooting.

The Mirage on the Las Vegas Strip, pictured above. The hotel was the site of a fatal shooting. (Image: Bloomberg)

Saeed Ahmed, who works for NPR, was at The Mirage Thursday night. He said no one could get to the second through eighth floors. Elevators serving these floors were blocked, he said.

“No one’s being let in or out of the main entrance. Officers also went room to room to check if everyone’s ok,” he further revealed on Twitter.

By 11 pm, yellow police tape in front of The Mirage was getting removed. Guests were allowed back into the hotel by 10:50 pm.