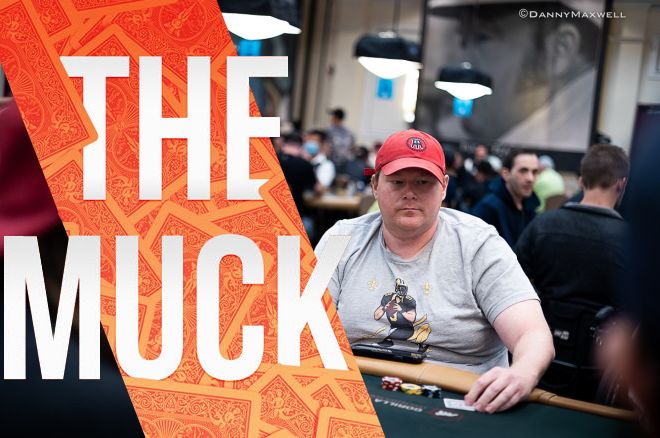 Barstool Sports is beginning to have a stronger influence in the poker world, and Isaac Haxton isn’t sure if that’s a good thing or not. But many others — recreational players and pros alike — are fans of the media giant, and support the exposure Barstool brings to the game.

At the 2022 World Series of Poker, a number of Barstool personalities, some from the popular Cracking Aces poker podcast, competed in the Main Event. While most were felted before the end of Day 2, Adam “Smitty” Smith, aka “General Spank,” will enter Saturday’s Day 3 session with an above-average stack.

In this edition of The Muck, we discuss the poker community’s take on Barstool Sports, and why Dave Portnoy’s media company is at the center of some heated poker drama. 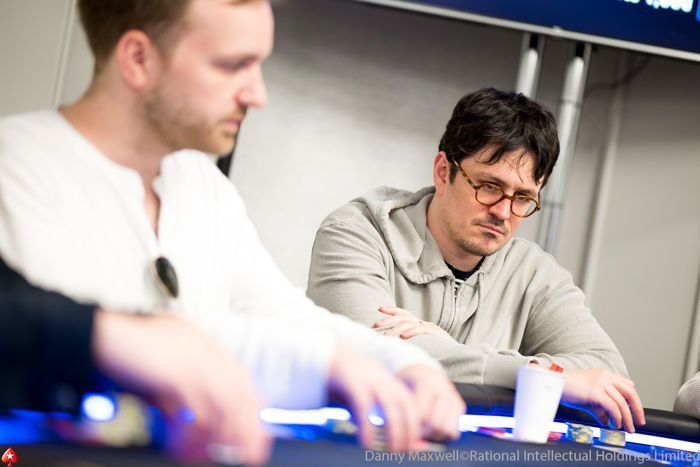 Smith and Ben Mintz both appeared at the PokerGO feature table during the first two days of the world championship event. Those who love Barstool enjoyed the coverage, while others, such as Haxton, felt differently.

Really torn about this Barstool comes to poker arc. On the one hand, stoolies are some of the last people I want to… https://t.co/y01MsHWF14

The social media drama involving Barstool began on Day 1c when Allen Kessler and Owen Roeder, an inexperienced tournament player and Barstool personality, busted in the same hand. Roeder had three-bet preflop with pocket aces barely twice the size of the initial raise, and then eventually lost the hand to another player who flopped a full house.

Afterwards, Kessler referred to the raise as an “annoyance bet” on Twitter, and some poker fans felt the comment wasn’t necessary. Eric “Barstool Nate” Nathan, who busted on Day 2, bashed the “Chainsaw” for supposedly being rude to Roeder, although Kessler denies doing anything of the sort. The argument sparked a back and forth Twitter feud between the two poker players, and it would eventually lead to Haxton’s tweet.

What the Poker Fans are Saying

Haxton isn’t the only poker player who doesn’t appear to be much of a Barstool Sports fan. But the sports media outlet has some passionate and loyal followers, referred to as “Stoolies,” and they showed up to defend Barstool on Twitter.

“Isaac, I’m sure you’re the last person stoolies want to hang with as well,” 2021 WSOP Player of the Year Josh Arieh responded.

“I’d hate for poker to turn into a game where I only interact with people I like/agree with. Part of the beauty of poker to me is getting small doses of interactions with people whom I’d never otherwise meet. It’s such a great activity to really burst your bubble,” 2022 WSOP Player of the Year leader Dan Zack wrote.

“Idk dude, we just love the game. We want to grow it. You’re putting an entire fan base in a box. A ton of your peers are fans. Maybe Barstool isn’t for you (we are so widely spread I’m positive there’s something you’d enjoy) but there’s no denying the buzz we created this week,” Eric “Barstool Nate” Nathan defended the company he works for.

Adam “adam22” Grandmaison of the popular No Jumper adult lifestyle podcast, who entered the 2022 WSOP Main Event, also stood up for Barstool Sports, and argues that the poker community needs to embrace the Stoolies.

We all know poker is fun and that if people are exposed to it enough they might give it a try. Poker desperately ne… https://t.co/JmcQRIbAEL

“This is such a strange thing to be worried about. No one is forcing you to be friends/colleagues/associated with anyone. You’re playing a literal game,” @Schwangstar tweeted.

“Maybe you and Bono could start your own safe space poker tour,” @MikeDami88 responded.

“Cmon man at first I found barstool a bit cringe but they are funny and entertaining to listen too and poker should be for everybody not just gto math wizards,” @Seahawksfan2314 wrote.

While most who responded defended Barstool Sports, there were a few who sided with the high-stakes poker legend and potential future Poker Hall of Famer.

@ikepoker 2/2 As far as the “barstool wsop takeover” goes, I wish them good luck, but won’t be surprised when they… https://t.co/OrD9ND9Fkh

“this is the truest statement i have read today,” @KyngTearz claims.

Barstool Sports is a US media giant, last valued at $450 million in 2020 when Penn National Gaming purchased 36% of the business for $163 million. Portnoy founded the company in 2003 and built it, as he says, “brick by brick” from the ground up.

Along the way, the numerous blogs, social media content, and podcasts under the Barstool brand have received criticism from those who believe Barstool plays into the “toxic masculinity” culture. But the Stoolies don’t see it that way, and as Mintz pointed out to Kessler in a tweet, Barstool’s CEO, Erika Nardini, is a woman, and the company employs many females.

Whether or not you love or hate Barstool Sports, or think the media outlet is sexist and bad for poker, there’s no denying the brand is becoming more prevalent within the game. And they’ll likely be here to stay.