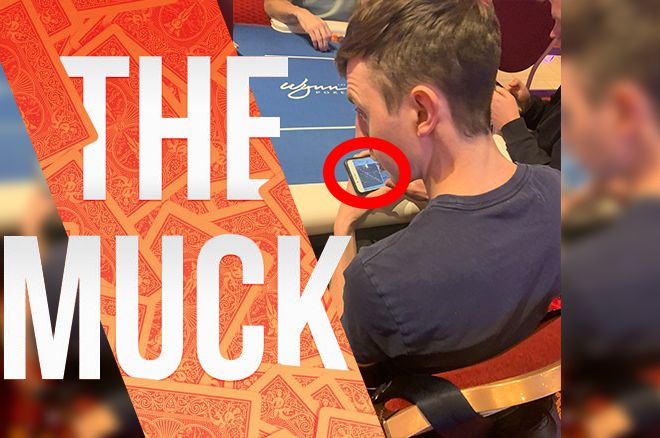 The Muck: Is Real-Time Assistance in Live Poker a Problem?

On Sunday, Jared Jaffee stirred the pot when he shared a photo on Twitter of Brock Wilson with what appears to be a preflop chart open on his phone during a live poker tournament.

Wilson wasn’t in a hand at the time when he was snapped glancing at a solver on his phone. He didn’t break any rules at the poker room he was playing in — Wynn Las Vegas. Still, there were many who debated if using any sort of real-time assistance (RTA) tools in live poker are acceptable, even just preflop charts.

He Wasn’t in a Hand…

The use of RTA’s have been a hot button topic in recent months following the Ali Imsirovic and Jake Schindler cheating allegations. Real-time assistance tools can essentially turn a regular poker player into an unbeatable robot, although it should be noted that preflop charts cannot assist players in making post-flop decisions, and the photo Jaffee shared doesn’t prove Wilson had used any sort of RTA’s while in a hand, which Jaffee acknowledged and conceded in one tweet.

Anyone else interested in implementing a rule that states anyone caught doing this at the table receives 10 lashes?… https://t.co/g2VJkqSaEc

Jaffee’s tweet received mixed responses, much like any controversial subject. Some felt Wilson did nothing wrong, while others felt otherwise.

“All I see is a VERY HARD WORKER studying a hand history during dead time,” Adam Demersseman (@DemerssemanAdam) tweeted.

“I see no problem with it unless its during the hand,” @DrBoogerLips wrote.

Not Everyone Sees it that Way 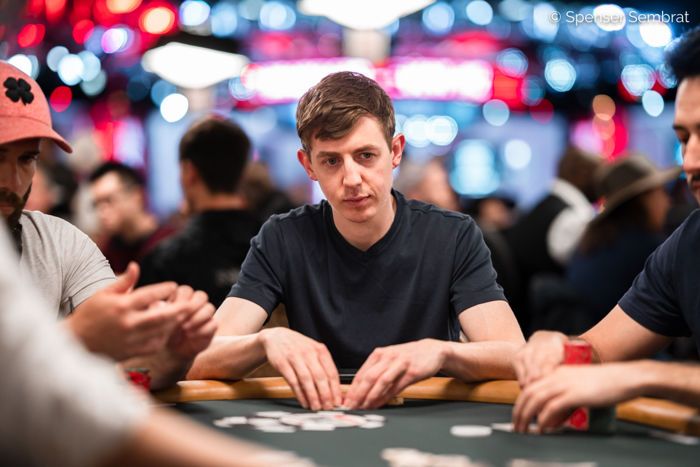 Matt Savage, the World Poker Tour’s executive tour director, posed a question on Twitter related to the live poker RTA issue. He sought the opinions of his followers.

“If someone is doing this sort of thing I think we should be quick to kill their hand when cards are dealt,” Dan Smith responded.

“There is in fact no rules about it now but in my opinion it should become illegal to use any study tool at a live table outside of a hand,” Johan Guilbert, aka YoH Viral, argues.

Wilson defended his actions and accused Jaffee of “bullying” him for being “nerdy.”

“Yeah so then when Aaron Massey came up behind me and took a pic and sent it to your group chat, I’m sure it was like ‘Omg TDA issue here guys, let’s post this to help the game!’ and this is what you came up with-punishing a nerdy behavior with a swirlie,” Wilson wrote, sarcastically.

“Also I’ve done way more for the game then you have …. You have done zero …. You come to the table like a robot … nobody enjoys playing with you… don’t bite off more than u can chew here,” Jaffee responded to Wilson.

It’s so simple why do you feel the need to look up anything while at the table when u can just do it any other time… https://t.co/pKrf8WYyhq

“I mean cash games is one thing but tourneys , you must drop the hammer hard. If the wizards cant memorize spots then tough,” @TheDeeezer argues.

“I think phones shouldn’t be allowed to use that would create a better experience for all players around the world so they communicate instead of glancing on the phone for 3/4 of the time, it would also make the game looser Imo and people wouldn’t use preflop charts or PIO, monker,” @Pantaleooo writes.

“Get rid of phones all together if it can’t be enforced. Maybe a couple extra short breaks to go check your phone. Any phone seen at table, kill hand and or penalty,” @CrazyTrainJames tweeted.

The poker community can’t agree on if analyzing the play in between hands at the poker table is acceptable behavior. But most, at least those who aren’t breaking the rules, seem to agree that RTA use during a hand, live or online, is cheating.

2022-06-29
Previous Post: View From The Eighth Pole: How Transparency Can Build Greater Confidence In The Game – Horse Racing News
Next Post: Gambling News from the Las Vegas Strip & WSOP!