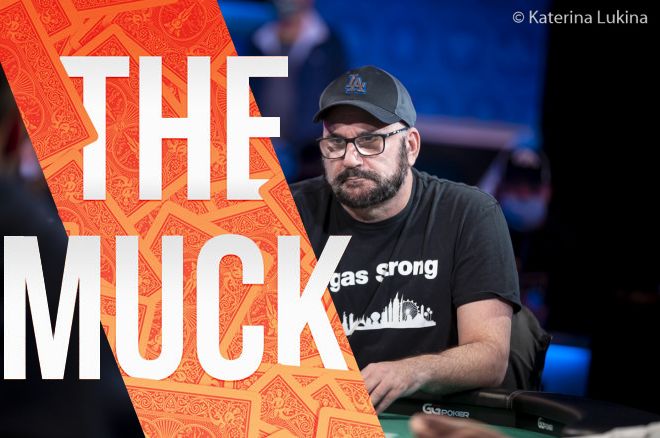 Mike Matusow, a long-time poker tournament crusher, has had it with max late registration and wants the practice eliminated. He certainly wasn’t the only one on social media sharing that viewpoint, but others were quick to jump in and challenge his views.

Matusow is one of 10 finalists for the Poker Hall of Fame, and for good reason. He’s as experienced as anyone at tournament poker and has four World Series of Poker bracelets. He’s ready for a change, but not everyone has his back.

Max late reg and day 2 reg has completly destroyed integrity of tourney poker and anyone who says different is self… https://t.co/02zxQ3rybj

Matusow went even further, claiming his “life goal” is to use his platform to end max late reg from tournament poker. What is “max late reg?” It’s when a player signs up for a tournament at the very end of the registration period. The purpose is to avoid playing the full Day 1 session and enter close to when the money bubble bursts. Even though players who max late reg enter with only 10-20 big blinds, one double up is typically all they need to make the money.

Matt Berkey was one of many who disagree with Matusow’s take on max late reg. The Solve for Why founder defended the practice.

If there’s so much edge attached to it, why did you register on time? # #CmonMikey https://t.co/8I9gAlAGZG

Matusow took aim at the WSOP Main Event structure, which now allows players to register two levels into Day 2. Players who go down that route will start with a playable 50 big blinds and won’t have to play a full seven days to reach the final table. Late on Day 3 is around the time in which the money bubble usually bursts in the Main Event. That means a player max late regging could cash while only playing 1 1/2 days.

“Why did you late reg day 1 then?” Patrick Leonard asked Matusow, expressing the same viewpoint as Berkey.

“This is no different than basically every other freezeout tournament. I like how you make it seems crazy that it’s OMG Day 2 level 2. LOL it’s level 7, not 27. The main event actually has the shortest late reg period level wise of all WSOP tourneys except the flips and shootout,” @bravos_1 argues.

“You do realize as long as late reg is an option there will be a max late reg, right? The latest possible registration. You want every tourney to be a freeze out? Or late reg available by rebuy only? All that does is shrink prize pools IMO,” @CrumpTravis tweeted.

Many Have Mikey’s Back

Matusow wasn’t alone in saying max late reg should be eliminated. Numerous others on Twitter shared his sentiments, including @scsuhockey10.

I been saying this since these 9 hour late reg became avalable remember when poker was 2 hours max late reg and 1 e… https://t.co/aBqK7tARsh

“People with money don’t mind late regging and gambling to try and run it up. Someone with a limited bankroll won’t do that,” @POOPYDOODIE11 writes in defense of “The Mouth.”

@JohnnyMasters6 @themouthmatusow It’s because people can just fire off late bullets when they have any reasonable a… https://t.co/BKmerQTLDm

Matusow is one of the more vocal poker players. Most tournament grinders likely won’t see eye to eye with him on this issue. But he’s sticking to his guns and thinks that max late reg is bad for tournament poker long-term.