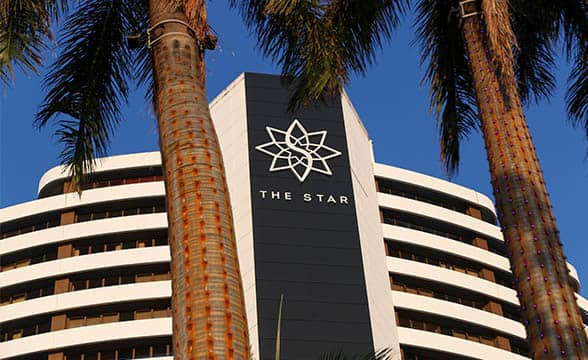 The Star Queensland Must to Justify Its Failings

The Star Entertainment Group continues to get into regulatory trouble. Following the review which uncovered numerous AML breaches at its New South Wales casino, the Australian casino and hospitality giant also got into deep trouble in Queensland as well. Now, its two properties in the Australian state must explain their shortcomings.

The Star Has Until November 25 to Defend Itself

Last month, the Gotterson Review found out that Star’s properties in Queensland, Star Gold Coast and Treasury Brisbane, are both just as faulty as their NSW counterparts. As a result, the review concluded that both venues are unsuitable to hold licenses in the former state. Attorney-General Shannon Fentiman spoke about the findings, saying that the review “highlighted major failings” in the company’s operations.

Now that the review has been concluded, Queensland issued show cause notices to the two properties. Now, The Star Entertainment has three weeks to explain why disciplinary action should not be taken against it. The deadline for presenting its justification is November 25.

Fentiman explained that it is important to not pre-empt the outcomes of the aforementioned show cause notices. However, she added that new legislation ensures the government has a range of disciplinary options available. These include increased fines that may reach as much as $100 million and the appointment of a special manager.

The Action in Queensland Might Mirror What Happened in NSW

The Gotterson Review, which was first announced this June, was sparked by concerns following the Bell Inquiry in NSW. After uncovering AML breaches in Queensland as well, the review proposed similar actions as those introduced in the neighboring state.

For example, following the Bell Inquiry in NSW, The Star Sydney was deemed unsuitable to hold a casino license and was slapped with a $64 million fine for its failings. However, the venue was allowed to continue operating under the supervision of a NICC-appointed manager. A similar approach might be adopted in Queensland as well. In addition, the latter state will also check the suitability of all casino shareholders. The two venues will now be required to improve their gambling harm practices as well.

Meanwhile, the Queensland casino regulator, the Office of Liquor and Gaming Regulation, continues to investigate Chow Tai Fook, a major shareholder in the two casinos in question. Authorities believe that Tai Fook might be associated with organized crime. As a result, the regulator will check whether he is suitable to be a major shareholder.

Fentiman said she will release the findings of the inspection at a later date.