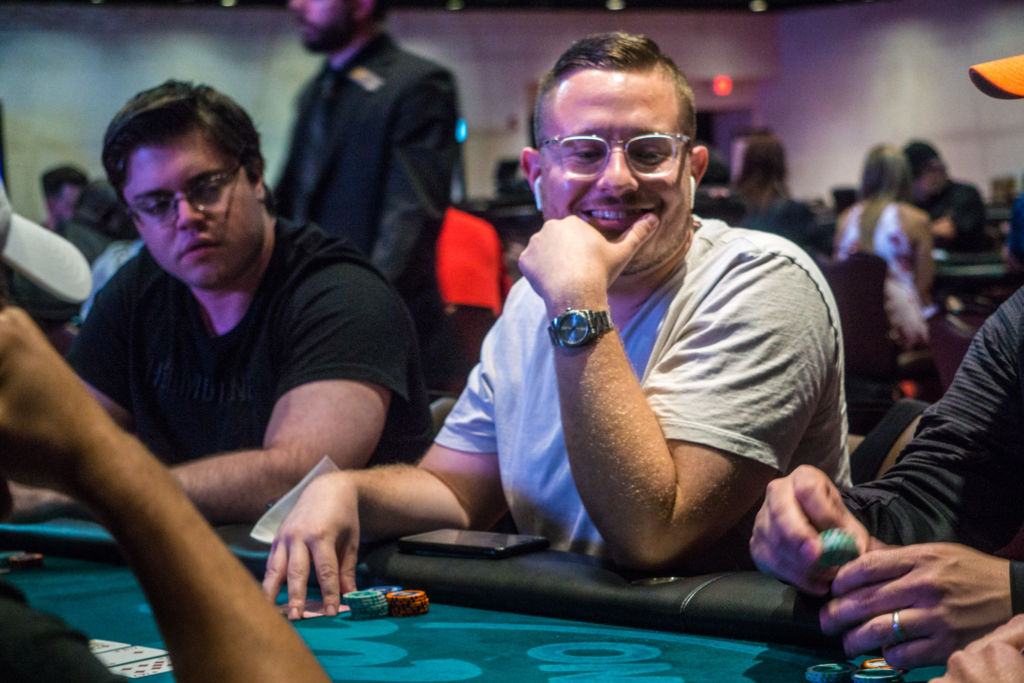 The Transformation of Brian Hastings

Hastings, now a 33-year-old father and family man living outside of Jacksonville, Florida, opens up about how his struggles with mental health were exacerbated by his singular focus on the game in his younger years.

“I was kind of a mess there, honestly. The balance wasn’t really there. I had a lot of issues with self-confidence and self-esteem back then, too. I feel like a completely different person now,” Hastings says.

Hastings, who suffers from bipolar disorder, reveals that during his 2015 WSOP run where he won two bracelets and was nearly named Player of the Year, he was in a state of hypomania that allowed him to remain hyper-focused and highly energized. The other side of that coin is severe and debilitating depression, which Hastings says he manages with the help of his wife, Sonya.

“It’s really hard finding that sweet spot of putting enough into the poker part while still growing as a person in other ways at the same time,” he says.

Hastings, whose lightning-fast rise in the poker world was fueled in part by a single-session, heads-up PLO online win against Viktor Blom for $4.2 million in 2009, talks about how he went from playing the smallest stakes to the nose-bleeds in less than two years.

Could something like that happen again today? Probably not, as Hastings and Strazynski discuss in their dissection of how the game has changed in recent years. Hastings, of course, is one of the players who helped change it when he began creating poker instruction content with the now-defunct Cardrunners while a student at Cornell.

As is standard on “the friendliest poker podcast in town,” Hastings answered questions from CardsChat forum members. Questions are now being sought for Courtney Kennedy, winner of the 2016 WSOP Ladies event.