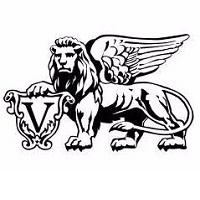 The Venetian and Palazzo Sale Moves Forward • This Week in Gambling

Sale of two iconic Las Vegas Strip casinos, the Venetian and Palazzo, has been unanimously approved by the Nevada Gaming Control Board. We originally reported this sale to Apollo Global and Vici Properties back in March of last year, but now things can begin to move forward.

The approval from the Control Board means the agreement will now go before the Nevada Gaming Commission for a final approval February 17th. Should they sign off on the matter, then this deal could finally be ready to close. There has been no disclosure of renaming or rebranding the Venetian and Palazzo properties made public.

The most significant part of this deal for Apollo and Vici appears to be the former Sands Convention Center and the convention industry as a whole. The companies told the Control Board that they believe that conventions will become a core part of their business plan as the city and economy recover from the pandemic. Additionally, there will be the grand opening of the 17,000 seat MSG Sphere venue at The Venetian at some point in 2023.

It has been reported that the sale of the Venetian and Palazzo consisted of Apollo Global paying $2.25 billion for the operations of the company, while Vici Properties purchased the land for $4 billion.