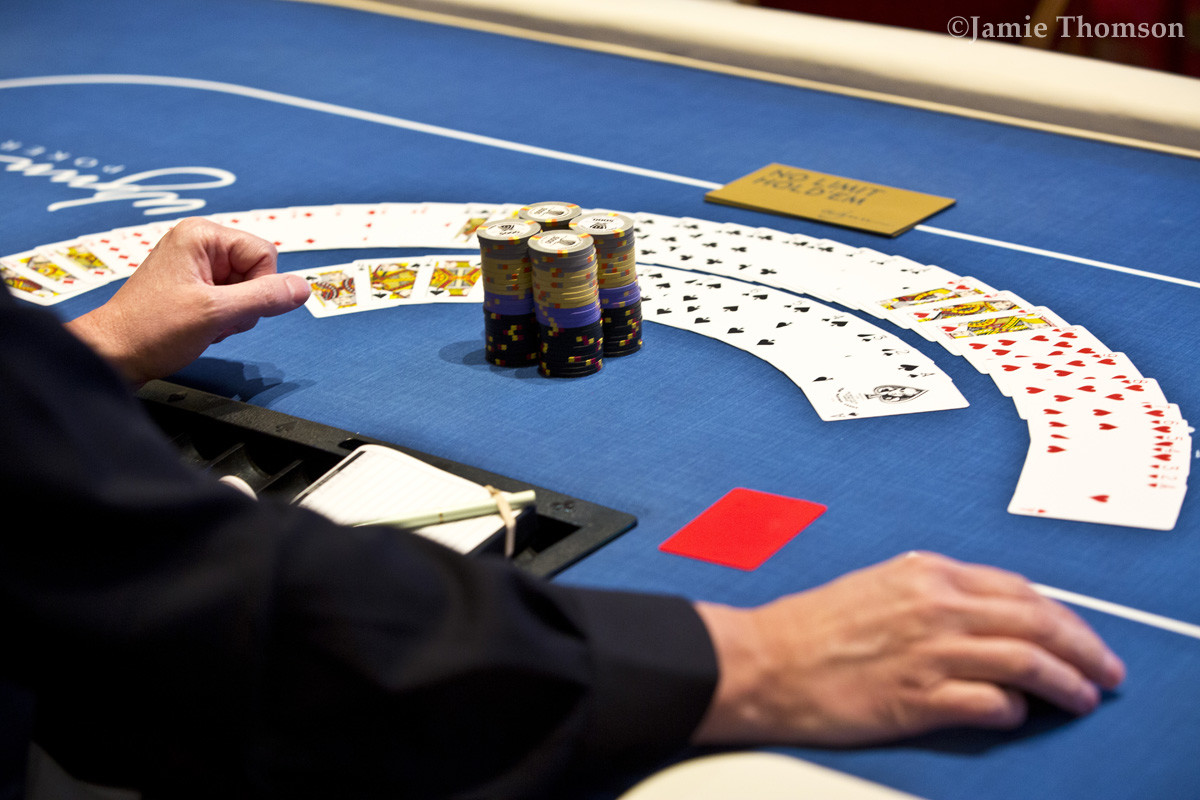 Any Tournament prize pool residual funds, less than a full $1,600 prize, will be paid to the last player eliminated prior to the number of remaining players being equal to the amount of Tournament Prizes remaining.

“For years we have struggled with the challenge that traditional satellites present, specifically the slow decline in action as the seats creep up,” Wynn Director of Poker Operations Ryan Beauregard told PokerNews. “Satellites come to a standstill and take much longer than they should, which is amplified even more when the seat value goes up. We had to find an incentive for players to continue playing.”

He continued: “Ultimately, we conceived this event which is a bit of a hybrid. The Milestone creates the incentive to be aggressive, and players must continue to play when the tournament normally starts to slow as players begin to tighten up. By creating that incentive to drive action, it gives below-average stacks a chance to chip up, because now there are chips going into the pot (from players striving to get to the Milestone). In the previous system, the above average stacks stop risking chips, making it increasingly more difficult for anyone else to get action.” 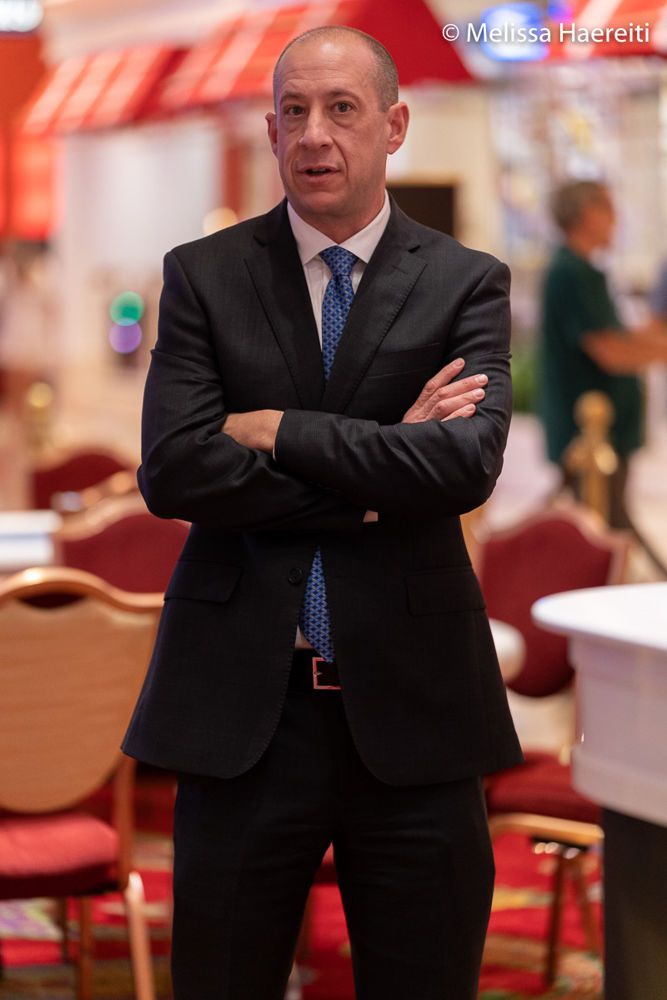 A similar concept has been around on the European Poker Tour (EPT), but there are some slight differences. On the EPT, players can win a second seat because once they reach the qualifier that amount is removed from play but not the “overage,” theoretically allowing players to continue playing to win a second seat. At Wynn, that is not an option.

As for the 150,000-chip mark, Beauregard explained how they arrived at that number.

“We inflated the number of chips slightly relevant to the player-to-seat ratio. By removing more chips from play, it creates a unique dynamic in which players are forced to continue playing aggressively to reach the Milestone. If they don’t reach the milestone, they still need to accumulate enough chips to stay alive and reach the point that the seats and players remaining reach parity.”

Once a player believes they’ve hit the 150K mark, it’s their responsibility to inform a tournament supervisor, who will verify the stack. A player who assists another in counting their chip stack or notifying them that they have reached the Milestone is not in breach of the rules. There’s also a rule in place that players must keep their chips in full stacks of 20 for easier counting and verification.

It actually won’t be the first time Wynn has hosted such a satellite as they tested the concept in a prior tournament.

“We did test the idea in a 60-player employee event,” said Beauregard. “It created some very interesting dynamics, and was a lot of fun trying to figure out the changes in strategy as people approached the milestone.”

Check out the PokerNews room review of Wynn Poker here!

The single-day events will start players with 20,000 in chips and play 30-minute levels with a 10-minute break every four levels. Play will be nine-handed. Registration and re-entries will be open until the start of Level 9.

If successful, players can expect more “milestone” satellites at the Wynn.

“Yes, that would be ideal,” said Beauregard when asked about the future. “As always, we will listen to the feedback and make adjustments if needed for future events. After playing myself, I’m confident that, in some form, it will become the satellite standard.” 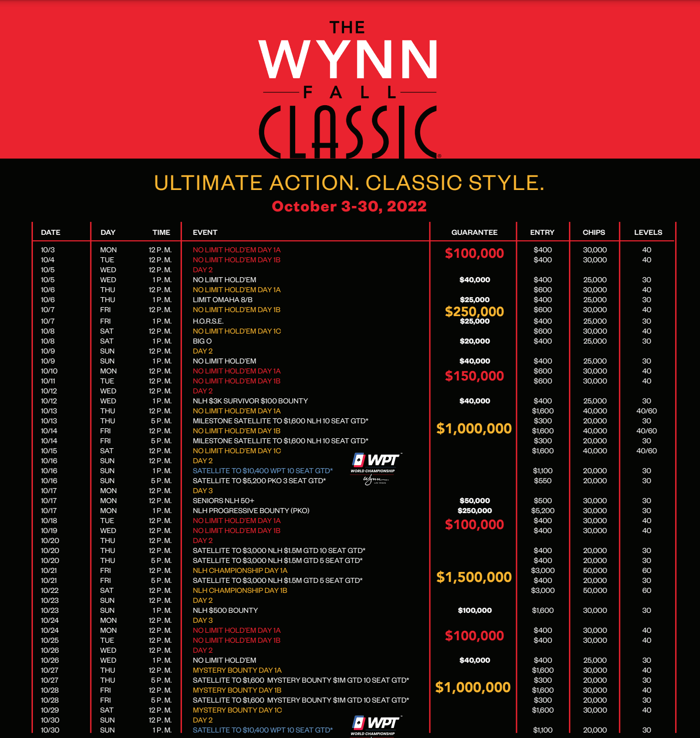 How to Win a Seat in the $15M Gtd. Historic WPT World Championship