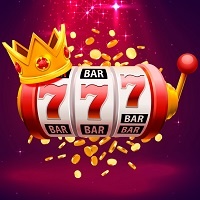 There have been thousands of online slot titles released over the years, covering almost every theme imaginable. Whatever topic you are interested in, you’ll probably find a slot machine related to it. From popular culture and entertainment to ancient history and fantasy, the world of slots has it all covered. Even relatively mundane topics such as gardening and cooking are featured in online casino slot titles.

With so many topics covered, game developers must use their creativity to come up with new concepts. This can sometimes involve taking an older theme and ramping it up to a new level. One perfect example of the brand-new slot called Rhino Rilla Rex, launched by developer, Crazy Tooth Studio (based in Nevada) in April 2022.

The game invites you to venture into the jungle of a mysterious island, where hybrid creatures are created from the rhinoceros, the gorilla, and the t-rex. This results in beasts such as the Rexorilla and the Rhinorex etc. You get the picture! The goal is to discover the Rhino Rilla Rex, a terrifying hybrid of all three creatures that is the stuff of nightmares.

The idea of an island inhabited with mutant creatures created in a laboratory (including a dinosaur) takes obvious inspiration from the Jurassic Park franchise. But this game adds a different twist to that theme by adding non-extinct animals into the mix making the terror seem even more real.

The high volatility game offers 3,125 ways to wins, with the standard version offering an RTP of 96.2%. When players land on any combination of creatures they come to life on the screen. The symbols are of low value but player who collect enough tokens on the Team-up or Bonus Spin features can win the big beast prizes.

The studio launched the game in April, and it is already available on many popular platforms including the Hippodrome, one of the biggest names on the online casino London scene. The website is the digital partner of the world-famous casino based in capital’s Leicester Square and recently added Rhino Rilla Rex to its portfolio of over 1,000 slot titles.

If you are a fan of Jurassic Park, you’ll also find three officially licenced titles on the same site. Jurassic World, Jurassic Park: Gold and Jurassic Park: Raptor Riches are sure to keep fans of the test-tube dinosaur genre more than happy. This year also sees the release of the movie Jurassic World: Dominion, the final instalment of the Jurassic World trilogy. The film has Colin Trevorrow, the man who almost directed Star Wars: Episode IX, back at the helm.

There is a good chance that a new slot title could be released on the back of the film’s launch. But you’ll have to watch this space to find out.

It all comes down to this. Watch the new trailer for #JurassicWorldDominion and get tickets now.

In the meantime, developers at Crazy Tooth Studio will have to keep working hard to follow up Rhino Rilla Rex and Lucky Clucks, which also won many plaudits following its release in November 2021. Lucky Clucks is a slot title set in a barnyard featuring corn-fed hens as well as cows, sheep, goats and a golden egg hunt. These titles are proof that developers leave no stone is left unturned in the search for original casino slot games.