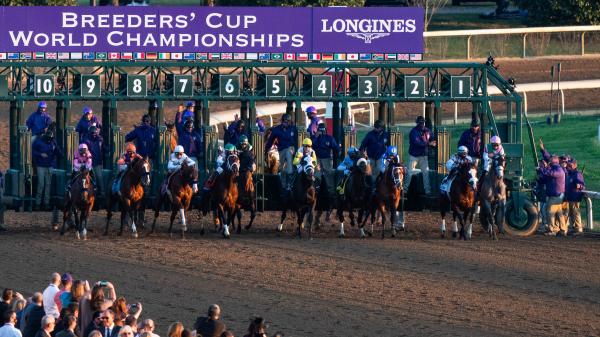 The Breeders’ Cup announced that tickets for the 2022 World Championships will go on sale to the public on Monday, May 9, at noon ET at BreedersCup.com/2022. The best horses from around the world are set to return to historic Keeneland Race Course in Lexington, Ky. on Nov. 4 and 5 for the 39th annual running of the year-end championship meet. This year will mark the third time the World Championships have been held in the Horse Capital of the World following the event’s first running at Keeneland in 2015 and subsequent return in 2020.

“We couldn’t be more excited to return to Keeneland for the 39th running of the Breeders’ Cup World Championships,” said Breeders’ Cup President and CEO Drew Fleming. “As the 2020 World Championships at Keeneland were held without fans due to the COVID-19 pandemic, we eagerly await the opportunity to return to Lexington in full force in support of local racing fans, businesses, and members of the Thoroughbred industry who are the backbone of our sport.”

Anticipation and demand for tickets are expected to be high. Fans are encouraged to visit BreedersCup.com/2022 now to sign up to receive the latest ticket information and news. As announced in September 2020, fans who purchased tickets to the 2020 Breeders’ Cup World Championship have the right to repurchase the same or similar seats as they had previously, and that process is currently underway. Anyone who purchased Breeders’ Cup tickets in 2020 and has not yet received emails from the Breeders’ Cup Ticketing Department should call (859) 514-9428 or email Tickets@BreedersCup.com for assistance.

The 39th running of the Breeders’ Cup World Championships on Nov. 4 and 5 will be televised live by NBC Sports Group.

The 2022 Breeders’ Cup World Championships, consisting of 14 championship races with purses and awards totaling more than $31 million, will be held on November 4 and 5 at Keeneland Race Course in Lexington, Kentucky, and will be televised live by NBC Sports Group. Breeders’ Cup press releases appear on the Breeders’ Cup website, BreedersCup.com. You can also follow the Breeders’ Cup on social media platforms Facebook, Twitter, Instagram, TikTok and YouTube.

Since its first race meet more than 85 years ago, the Keeneland Association has devoted itself to the health and vibrancy of the Thoroughbred industry. The world’s largest Thoroughbred auction house, Keeneland conducts four sales a year, in January, April, September and November. Graduates of Keeneland sales dominate racing across the globe at every level. In April and October, Keeneland offers some of the highest caliber and richest Thoroughbred racing in the world. Keeneland hosted the Breeders’ Cup World Championships in 2015 and 2020 and is holding the event again on Nov. 4-5, 2022.

This year, Keeneland’s November Breeding Stock Sale, the most important sale of its kind globally and a premier source of graded stakes-winning broodmare prospects and stakes-producing broodmares, will begin Monday, Nov. 7, immediately following the Breeders’ Cup. Uniquely structured, Keeneland is a privately held company with a not-for-profit mission that returns its earnings to the industry and the community in the form of higher purses and millions of dollars donated in support of horse industry initiatives and charitable contributions for education, research, and health and human services throughout Central Kentucky. Keeneland also maintains the Keeneland Library, a world-renowned public research institution with the mission of preserving information about the Thoroughbred industry. To learn more, visit Keeneland.com.