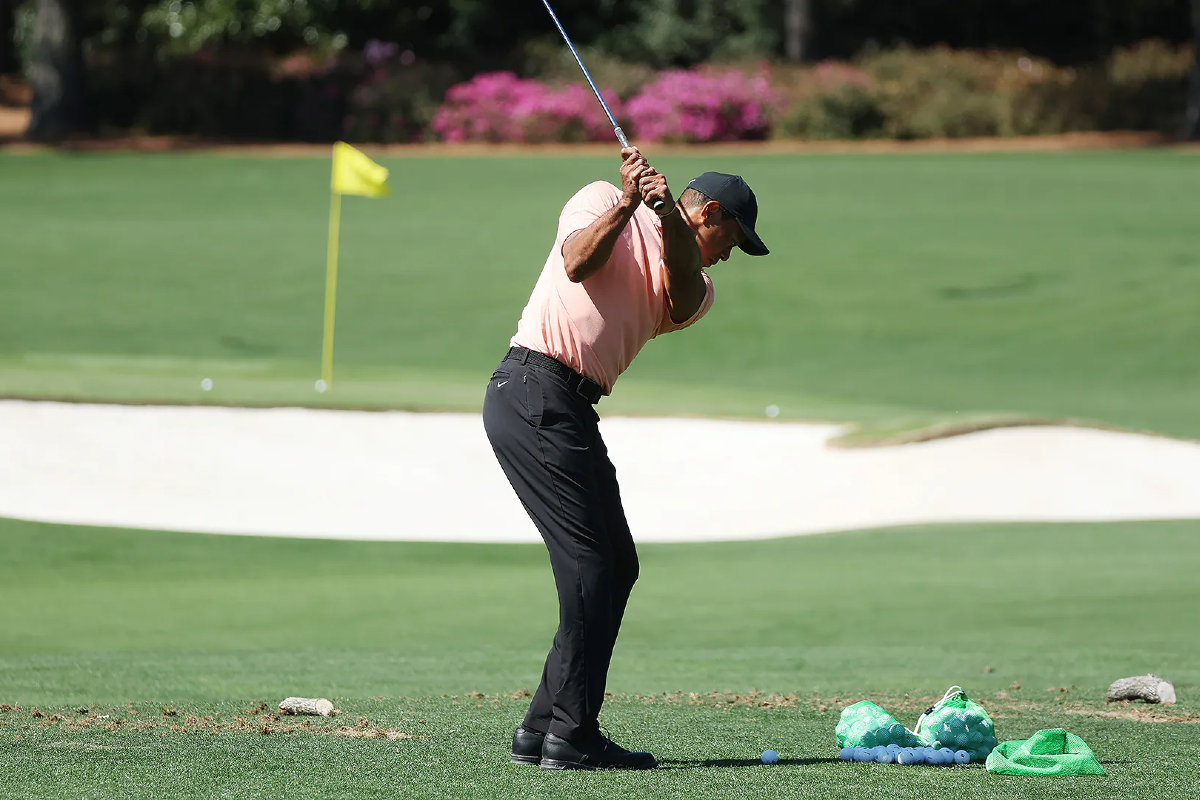 Tiger Woods says he’ll be a game-time decision for this week’s Masters tournament at Augusta National Golf Club. And until his announcement comes as to whether he’ll play, the storyline will dominate the headlines for golf’s first major of the year.

While much of the golf world hopes the 15-time major and five-time Masters winner feels healthy enough to tee it up, perhaps no one wants Woods to play more than oddsmakers. Sportsbooks are reporting hefty action on Tiger, despite the 46-year-old not yet confirming his participation.

BetMGM told Casino.org today that Woods is responsible for more Masters bets than any other player in the 91-player field. The online and retail sportsbook says Woods’ name is on 7.6% of its Masters tickets. That’s easily the most, as Brooks Koepka is a distant second at 5.4%.

Once Tiger Woods began practicing at Augusta, bettors flocked to BetMGM to place wagers on the golf legend. Tiger moved from +6600 to +5000 to win the Masters last week in anticipation of his return to the course,” said BetMGM Director of Trading Matt Cosgriff.

The BetMGM official added that Woods is the book’s largest liability. But if Woods opts not to play, all of that action is returned.

Woods hasn’t competed in an official PGA Tour event since the 2020 Masters, which was held in November of that year because of COVID-19. Tiger has maintained that he will not play this week unless he’s able to compete. But oddsmakers aren’t overly concerned with the prospect that he could win a record-tying sixth green jacket come Sunday.

Despite being the most bet-on golfer, and Woods additionally accounting for 7.7% of the overall betting money on the 2022 Masters, BetMGM is keeping Tiger relatively long. If Woods were healthy and playing well regularly on tour, there’s no chance that sportsbooks like BetMGM would maintain Woods at 50/1.

Keeping Woods at 50/1 with such considerable action shows that BetMGM will gladly continue to accept the public money. PointsBet is making no secret of its disbelief that Woods will mount any serious run. The sportsbook has Tiger’s first round over/under score set at 75.5 strokes — more than three over par. Woods has shot 76 or higher just twice at Augusta National.

BetMGM puts Woods’ odds of making the cut at +120. A winning $100 bet and Woods making the cut would net $120. Woods has missed the cut just once at the Masters. That came back in 1996, which was just his second Masters, and came the year before his historic 1997 win.

Former world No. 1 Koepka is dominating the money at BetMGM. The book reveals that the four-time major winner is responsible for 11% of its Masters handle. Koepka is currently at 20/1 to win his first green jacket.

The shortest odds are with golf’s top-ranked player, Jon Rahm. The Spaniard is at just 11/1 to win come Sunday, which has resulted in the world No. 1 generating just 3% of the tickets and 3.1% of the money.

After Rahm, the shortest odds are on Justin Thomas (12/1) and Cameron Smith (14/1). Other betting contenders include Dustin Johnson and Scottie Scheffler (16/1), and Rory McIlroy, Jordan Spieth, and Viktor Hovland (18/1).