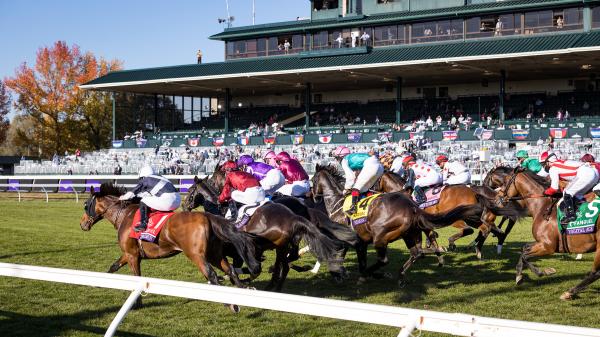 Tips, Trends, and Historical Tidbits to Consider When Betting the 2022 Breeders’ Cup Mile

For my money, no Breeders’ Cup race packs more bang for the buck than the FanDuel Mile.

A one-mile turf race appeals to top European runners and it draws turf sprinters stretching out a bit and longer distance horses cutting back to a mile, so there are several angles of intrigue. The U.S. sometimes struggles to produce true distance grass horses but almost always has three or four outstanding milers, and females and 3-year-olds can and do win this World Championships race with regularity. Combine that with the second-highest average win payout among the 14 Breeders’ Cup races and you have the recipe for a fantastic race year in and year out. Sure enough, the results prove that.

Thirteen of the last 20 editions of the Mile were decided by a margin of one length or less, with an average margin of victory of 1.063 lengths and a median of three-quarters of a length. It’s often a sprint to the finish that results in a thrilling battle between elite milers. It’s typically a very fast race with an average Equibase Speed Figure of 120.3 from 2002 through 2021.

As you will soon read, the Mile is also a race that historically has produced some jaw-dropping upsets, but favorites can and do win. When favorites have won the Mile, often it was simply because they were standouts at the pinnacle of their game – three-time Mile winner Goldikova and two-time winner Wise Dan account for five of the seven winning favorites over the last 20 editions.

This year’s FanDuel Breeders’ Cup Mile, set for Nov. 5 at  Keeneland, is shaping up to be a terrific World Championships race. Let’s take a look at some key trends to consider when building the profile of a winner using the last 20 years of the Breeders’ Cup Mile (2002-2021) data as our guide.

There is never a clear blueprint to uncover a winner in any race, much less one that draws the best horses from across the world, but there are a handful of indicators that can help you narrow down your list of targets or open your eyes to a runner or two who you might otherwise dismiss.

Keep an eye out for closers with proven class who might be coming out of final prep races that are better than they look on paper.

I believe you must start with elite European 3-year-old Modern Games from the barn of Charlie Appleby, who won three Breeders’ Cup races in 2021 (including the Juvenile Turf with Modern Games) and has a record of 14 wins with 28 starters in North America over the last two years with 11 Grade 1 wins. Modern Games is 2-for-2 in North America after taking the Ricoh Woodbine Mile in September and profiles as the most likely winner of the year’s Breeders’ Cup Mile.

Order of Australia is a little too up and down for my tastes, but he won the 2020 Mile on this turf course at Keeneland and enters off a solid third in the Coolmore Turf Mile Oct. 8. He’s won only two of 13 starts since his 73.20-1 upset in 2020, but he’s actually held his own while facing elite European competition this year with a Group 2 win and three Group/Grade 1 placings in six starts. I would bet he is at least 15-1 odds and perhaps higher, so there is some value.

One European runner I’m interested in who might offer some value if she makes the journey to Keeneland is 3-year-old filly Malavath, who overcame a troubled trip to finish second in last year’s Breeders’ Cup Juvenile Fillies Turf and most recently ran second to highly regarded Kinross in the Group 1 Qatar Prix de la Foret Presente Par Education Above All. She lacks a Group 1 win on the résumé and probably is not as good as Modern Games, but I think the price might be right.

Saffron Beach is another terrific European filly worthy of significant respect if she makes the trip to Keeneland. An elite miler with a pair of Group 1 wins on her résumé from six wins in 13 career starts, she faded badly in her most recent start in a bid for a repeat win in the Sun Chariot Stakes, but trainer Jane Chapple-Hyam said a post-race scope revealed mucous even though she had trained very well leading into the race. Other than that one race, she has been extraordinarily consistent for the last 15 months with a reasonable excuse to overlook a poor recent race.

One U.S.-based runner who could offer some value is Casa Creed, who was fifth on this Keeneland course Oct. 8 in the Coolmore Turf Mile Stakes, but was only beaten by two lengths. He’s a closer with a pair of Grade 1 wins earlier this year and often seem to be a bit overlooked – he has not been favored to win a race since 2019! I don’t think he boasts quite the finishing speed of some of the Europeans he’ll be facing, but with the right trip he could be in the mix late and passing horses.

Ivar probably will be the favorite among U.S.-based horses. He’s another with back class, having won a Grade 1 on the Keeneland turf and he’s never run a bad race there. The 6-year-old by Agnes Gold was beaten by only two lengths in the 2020 Mile at Keeneland and makes his fourth start of the year in this year’s edition, so he should be fresh and fit for trainer Paulo Lobo.