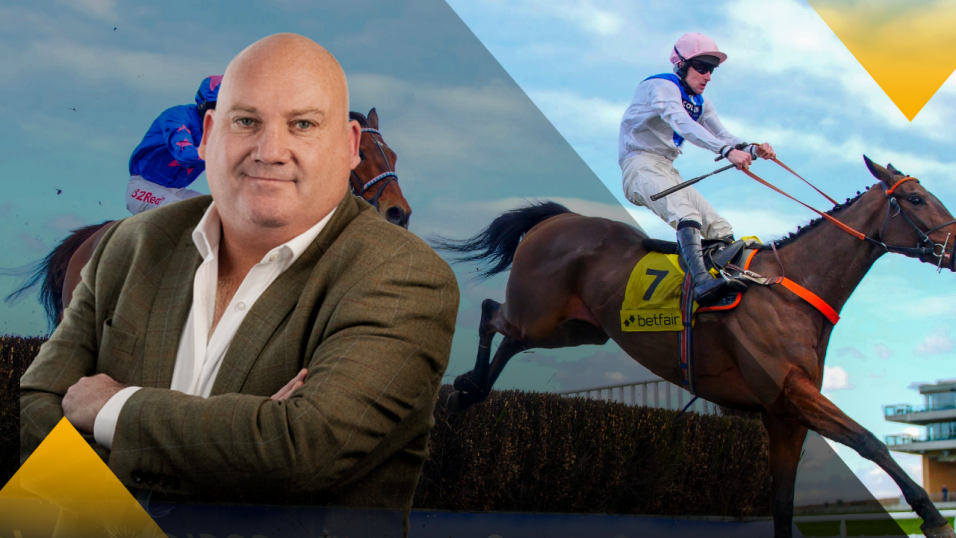 ITV continue to roll out the red carpet for their racing viewers and day four of their uninterrupted coverage over Christmas ends on Wednesday with nine races from three tracks, headed up by Grade 1 action from Leopardstown.

We may as well start with the Irish action then, although the novices’ chase at 13:45 predictably enough, leaves me cold from a punting point of view. And not least because there are just eight in here – always a worrying situation for each-way backers – and one of those (Fury Road) was pulled out of a race here on Tuesday.

Sharjah a worthy fav to make it four on the spin

Sharjah is the hot favourite to win his fourth consecutive Matheson Hurdle at 14:20 and, given he was apparently as big as a bull beforehand – don’t get me started on paddock watchers, as we will be here all day – you had to be very taken with his return defeat of Zanahiyr in the Morgiana.

Ideally, he would maybe want better ground than he is likely to get here but he has 9lb to play with on official ratings and, if the betting suggests this is a coin-flip (well, he is currently 10-11 on the exchange), I’d probably be in the “win” camp with him.

But this column does not tip at those kind of prices, and just as well as we saw with Ahoy Senor’s eclipse at Kempton on Boxing Day. Well, Sharjah would have to be a genuine 2s-on poke to be luring me in, anyway.

I am not going to waste my time or yours writing about the brace of Doncaster TV races as neither appealed as betting races, so over to Newbury, which is the punting card for me. And a packed one, too.

Lemo can bag us an Early winner

I will take the five ITV races in chronological order and, for all you have to respect the hugely progressive recent Lingfield winner Gallic Geordie at the bottom of the weights, Early Du Lemo looks as solid as you like in the 2m handicap chase at 13:25.

Well, as solid as you like if he completes anyway, as he has failed to finish in three of his last nine starts.

But he has good course form, he handles deep ground – it could be borderline heavy if they get more rain overnight into tomorrow, as another 6mm+ is forecast – he has dropped to a winnable mark and he comes here on the back of a decent reappearance effort.

He actually finished second in this race back in 2018 (he finished runner-up on his only other start at this track) and there was plenty to like about his comeback third to One True King at Sandown at the start of the month – the form is mixed, but the fifth won on his next start – after which he was dropped 1lb, the same amount below his last winning mark.

What makes him double interesting is that I can’t see much pace in here – maybe The Russian Doyen – so I wonder if they will revert to front-running tactics with him. Some of his best efforts have been when going on.

Top two in market set to fight out finish

Alan King is a straight-talker in his Weekender column and last week he said his Coeur De Lion “is ready to start but will improve for whatever he does” here – he was actually talking about starting him back over 2m5f at Kempton on Boxing Day, but the comment stands – and that has rather cooled my enthusiasm for tipping him at 20/1+ in the handicap hurdle at 14:00.

Suspect fitness will be found out here in this ground, so I am going to keep it simple and put up two in here, and suggest a reverse forecast as well.

Step forward Masters Legacy and Beauport. Outside of a potentially troublesome Dashel Drasher racing off a 10lb lower mark than his chase rating, I don’t fancy anything else in here and I found it hard to split the pair.

Of course, going with the bleedin’ obvious means we are dealing at the top of the market, and my records show I am a very bad judge at short prices.

But I think Masters Legacy and Beauport are very decent shouts at 5.04/1 and 5.69/2 respectively, or bigger, nonetheless.

I am a bit worried about the ground for Masters Legacy as he blew out on his only start on heavy but that was after a 413-day absence and he clearly handles soft well enough. In fact, Timeform actually called his Taunton win in December 2019 as coming on heavy, as opposed to the official good to soft.

He also comes here in top form, and I thought he may have been a little unlucky not to win at this track last month as he made his effort towards the centre of the track.

As it stands, he still went up 3lb for that second but that looks fair. The winner was disappointing at Kempton on Boxing Day but the third, Annsam, won a good chase at Ascot next time and the fourth, Glory And Fortune, somehow finished second in the Christmas Hurdle.

Beauport‘s claims are equally obvious, and I would just about have him as favourite. The 6s still lingering in the marketplace (it was that price in two places this morning) at the time of going live has long been out of date.

The ground shouldn’t be any issue for the lightly-raced 5yo if he could win in soft ground at Sandown last season – and a good race it was too, taking the EBF Final by 11 lengths from Riggs – and the handicapper was pretty kind in only raising him 9lb for that.

He went up another 3lb after his second at that track on his return but that could prove to be lenient too, as the winner has gone in again since and is now rated 15lb higher and the third won next time, too.

He has never run a bad race in six starts, and there is surely more to come from him.

Walk in the Park for Nestor?

Nestor Park is forgiven a seemingly modest return at Lingfield and is worth an each-way bet at 8/1, four places, with the Betfair Sportsbook in the 3m2f handicap chase at 14:35.

Hopefully, he simply badly needed it there and he was dropped 2lb for it, and he now returns to the scene of two of his better efforts on ground he will relish.

And one of those performances came when a neck second to a subsequent scorer in this very race last season, off just a 2lb lower mark, when 20 lengths clear of the third (who went into that contest on the back of two wins).

You would have thought Ben Pauling, who won this race with Silvergrove in 2015, would have targeted this race again and he is having a good season, with 5 winners from his last 18 runners going into Tuesday’s racing. There was some 12s and 10s in the marketplace on Tuesday morning, but 8s looks pretty good to me.

Challow can go to the ‘best horse’

Lossiemouth was a massive drifter when winning as he liked at Sandown last time, and he is very much the horse to beat in the Grade 1 Challow on form in the 15:05

It wouldn’t surprise me if he was weak in the betting once again given some sexy, unexposed types are in opposition but that could come back to bite the layers as that Sandown win last time is the best form on offer here on both form and on the clock, while ground and stamina will not be an issue for him here.

He is worth a bet at 4.57/2 or bigger to confirm what appears obvious going into the race. Namely, he is the best horse.

I am a bit uncomfortable playing towards the top of the market through the card, but you bet the way you call the prices.

It sounds as though the Nicky Henderson camp expect Patroclus to be a much better chaser than he was a hurdler, so he will presumably be of interest to many at around the 5/1 mark on his fencing bow in the finale at 15:35 but this is not a race that excites me.

And just as well given I fancy plenty earlier on the card.

2021-12-28
Previous Post: “In the last two years we’ve seen changes to the way we do business, but it’s shown we’re very agile”
Next Post: Beginner’s Bet of the Week: New Year’s Eve Daily Double at Aqueduct