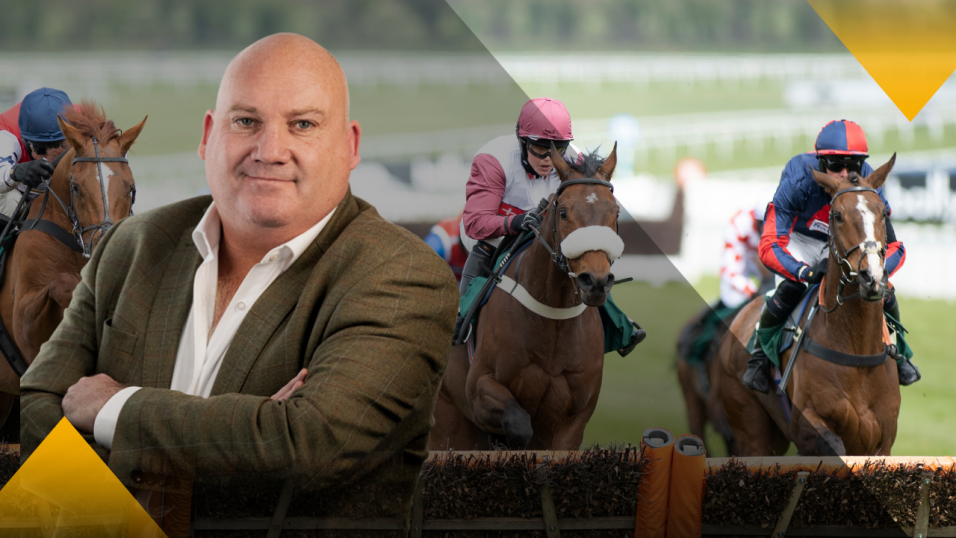 The first thing you have to factor in when betting at Kempton on Boxing Day is the weather forecast.

The ground is currently good (good to soft in places) but some websites are predicting as much as 18mm of rain in the next three days – more was actually forecast on that weather site this morning, but less so on some others – so I tend to think we are looking at the drier side of soft for December 26th.

And that probably won’t hinder too many at all.

Thankfully, our two ante-post, each-way selections from earlier in the week – Tornado Flyer at 33s in the King George (click link to read preview) and Danny Kirwan at 8s in the 2m4f110yd handicap chase – were declared at 10am on Thursday morning, so we are still in there fighting.

Still happy with my Flyer on Tornado in the King George

It was also good to see the precariously light five-day fields hold up well at the overnight stage, with only Dashel Drasher dropping out of the big one at 15:05

And that must have been music to the ears of Paul Nicholls> and all those associated with the horse, including his backers – don’t forget us punters – as that horse looked the sole pace rival to last year’s winner Frodon.

Of course, all the other eight jockeys in the race will be alive to the fact that they don’t want to give last year’s all-the-way winner an easy and uncontested lead here but, if there is to be a spoiler and a sacrificial lamb, I can’t see an obvious one.

Look, I fully understand the obvious cases to be made for Frodon, Gold Cup winner Minella Indo and dual King George winner Clan Des Obeaux and they clearly love Chantry House down (or is it up?) at Seven Barrows, but I have not gone off Tornado Flyer one bit.

The 33/1 has gone though and 20s is now the price with the Sportsbook for those wanting an each-way interest (though he is 34.033/1 win-only on the exchange), and I won’t go in again, but I do think those fresh to the party should at least ensure they don’t lose on the race if he wins.

And I think he has a fair shot at that.

Now, clearly, he has a stone to find with the Gold Cup winner Minella Indo (I was surprised to see him in first-time cheekpieces) and in fact he is rated superior (and that by 1lb) to only Lostintranslation in here.

But that rating was derived from over his sub-3m performances, and I am pretty sure he wants this test nowadays.

I accept the fact that he was a no-show over this distance in the Savills Chase last season but he was just tootled around there with no urgency and he shaped once again like this extra 3f or so was needed in this year’s John Durkan on his return (again not overly extended) and when staying on late, from miles off the pace, to finish third in the Ryanair in March.

He handles anything from good to heavy (his best effort arguably came on the latter ground when a length second to Min in the 2020 John Durkan), so the weather can do what it wants, and he has a big run in him if his jumping holds up.

Similar comments apply to Mister Fisher at 40/1 each-way – cancel that, he has just been cut to 25s – but I will stick with just the one tipping play given the strength and depth at the top end of the market.

Not happy if Danny doesn’t at least place

The ITV action starts with the 2m4f110yd handicap chase at 13:20and I am going to be one unhappy bunny if the 8/1 ante-post each-way selection Danny Kirwan doesn’t hit the board.

He is odds-on to now, with his price contracting to 10/3 after the five-day field of 15 predictably cut up to just eight – watch for further non-runner, guys and gals – so I can’t really top up at those odds.

But, aside an admittedly in-and-out profile and the spectre of Bothwell Bridge looming large, he has an awful lot going for him.

His Cheltenham second on his chasing/seasonal off this mark has worked out really well (the winner, fourth and fifth won next time), he will be better going right-handed here (the configuration of his three wins under Rules to date), he acts on any ground so the weather can again do as she pleases, and this winning pointer (one from one in that sphere) has always been thought of a chaser in waiting.

Furthermore, his victories have come in small fields, which may be because some feel he is a bit soft. Hopefully, he will be hard as nails here.

Senor can raise his game against Braveman

No fresh bet then but I do think Ahoy Senor should be favourite against Bravemansgame in the Kauto Star at 13:55, in fact, I can’t think of one reason why he isn’t.

Actually, not true really, as Bravemansgame has looked the more assured jumper to date but Ahoy Senor beat him by 7 lengths over this trip in the Sefton last season and was not too shabby himself when winning by a Janet Street Porter (not a Cockneree rhyming slang, but it sounded better than just writing a street) at Newbury last time.

I reckon the Nicholls horse is a dubious stayer over 3m in this grade and Ahoy Senor is fancied to grind him into submission up the straight, and even more so if it turns soft.

Sleepy could be very hard to catch in Christmas Hurdle

I can just about resist a bet there but no way am I passing up Not So Sleepy at 4.03/1 or bigger in the

Having thought he got chinned live and in the slow-mo afterwards, I have just about got over being robbed of a full 18/1 payout after the judge ruled a dead-heat between him and Epatante in the Fighting Fifth – the photo shows he won outright, doesn’t it? – and no way should the Sportsbook have originally been betting 8/11 the mare and 7/2 the selection in the re-match.

I fully accept that Epatante wins this on her 2020-winning Champion Hurdle form but nothing she has done since then entitles her to be so short here, notwithstanding her Newcastle win last season.

I want Jonathan Burke to be more aggressive from the front on Not So Sleepy here – surely he gets a solo at the head of affairs if he wants it, and he should – as I have this horse down as very much a staying two-miler, and maybe even a Stayers’ Hurdle horse down the line, and the more rain the better for this heavy-ground winner.

While I don’t necessarily buy the fact that he improved 8lb at Newcastle, I reckon he could get this field at it from a fair way out and prove very hard to catch, for Epatante was a very serious tool at her best and I have a lot of time for the improving youngsters Tritonic and Soaring Glory.

Anything upwards of 3/1 is a very good bet.

Waiting game on Debece at Wetherby

I would have gladly put up Debece at around 6s for Wetherby’s Rowland Meyrick at 14:10were it not for the fact that the ground could go heavy there.

Soft ground is fine for him but heavy could be another matter, He was pulled up on his only outing on that official going at Carlisle last year, and Timeform called it that description when ran badly at Doncaster afterwards.

I am going to hold fire until I see the ground on the day – I will tweet on @tony_calvin if I am playing – but I reckon he is a well handicapped horse, and a winner-in-waiting if it isn’t too testing and that second wind op in a year has helped him.

I reckon Dan Skelton has probably had a big handicap like this in mind for him in a while.

Indeed, in mid-November he said in a Racing Post interview “I never really had a clear run with him when I got him last season but he’s had a wind op and I still think he’s got a good race in him. He’ll be out around Christmas time.”

He can plan, Dan, but let’s see what Boxing Day morning brings us with the weather.

Have a good ‘un. Not a busy betting day for me, but I am never one to force a financial interest for the sake of it.