The hope that 2022 will be the best year in a while remains, but it’s almost a certainty that however good it is for poker, it will involve someone, somewhere, trying to cheat their way to the summit. Here’s what they have to top from last year – 2021’s biggest cheats!

A former teen prodigy who wasn’t even old enough to legally play the recent WSOP, Zhuang Ruan was hailed in poker magazine articles last year as the next big thing after scooping $1.64million at the Super High Roller Bowl Europe in August 2021.

That 3rd spot came less than a month after he toppled Dan Smith heads-up to bag the Seminole Hard Rock Poker $50k SHR for a bumper $562,500 payday.

The end of that tournament, however, gave the poker community some idea about Ruan’s ethics, or rather lack of them…

He says yes! We divvy up the chips and flip for the trophy. He wins. He realizes even chop means split the money and asks for more.

It then emerged that the 20-year old had been supplementing his live income with some seriously dodgy online behaviour, allegedly using RTA (Real Time Assistance) on several US-facing sites and receiving the banhammer from at least one of them.

Ruan’s online cheating was the subject of a 2plus2 forum thread, with several other players revealing his methods. RektByPandas stated:

“…I was the one who openly outed him for cheating online. He then moved to cheating online MTTs before showing up in the spotlight. Him and his entire crew are banned on global poker.”

“Used to RTA using Vision on highstakes ACR under the name Weeb among others as well. Instructed and backed a large group of young players to use Vision while playing on all US networks.”

Rahm described Ruan as “Low life scum who is everything but a poker phenom,” and claimed:

“This guy would have stood 0% chance winning at any highstakes cash game without cheating.”

One of Ruan’s stable, who played on Global Poker as ‘ItsSpork’, revealed:

“Global Poker froze all of our accounts as his credit card was linked to all of them so he could maximize credit card rewards. ‘Squid’ [Ruan] has openly said in dm’s that his idea of morals is doing anything for his bottom line. He then got all of us to play on PokerBros where we were aggressively pushed to play using monker and visions in real time with a HUD on an emulator to access to app.”

As a WSOP bracelet winner and Winamax-sponsored pro, Frenchman Ivan Deyra was in an envious position, but it all came crashing down at the start of 2021.

Just days after “MATIVANAO” had scooped the €83,300 ($101,000) top prize in the Winamax Series €2,000 Super High Roller, an investigation revealed it was actually Winamax Team pro and ambassador Deyra behind the winning account, which belonged to his father.

Not only that, but Deyra was also playing the same event under his known account, “ValueMergez” – busting out before going on to victory as “MATIVANAO” – an even bigger no-no in the online world than just hiding behind a different screen name.

Winamax, the French-founded site that is popular among EU players, quickly terminated their contract with Deyra – a relationship which had lasted more than three years and was due for renewal in June last year.

Deyra, who has won more than $1.5million in live tournament play, publicly apologised for what he did, although his reasons read more like excuses.

“Today, with hindsight I recognize the cheating aspect of multi-accounting,” Deyra began, revealing his reasons for the cheating. In the past, I realized when doing my finances that on Winamax I hadn’t been making money for three years, since I became a Team Pro.” Deyra then went on to bemoan the fact that as a team pro his nickname never changes, while every six months he potentially lost his notes on other players who could change their usernames.

Claiming his punishment was “logical and understandable,” though “heavy, very heavy”, Deyra’s image was soon taken down from the Winamax Team pro roster as another poker cheat bit the dust. 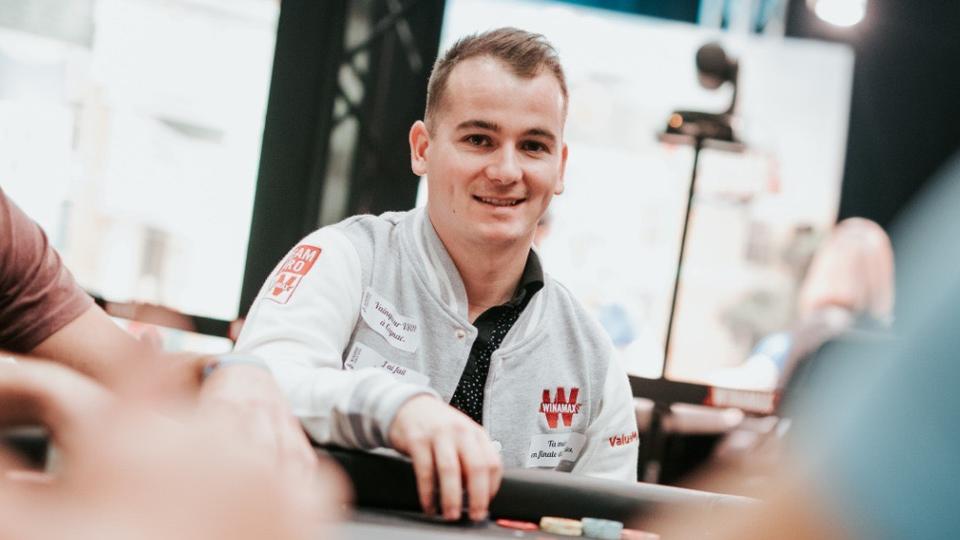 If you’re going to cheat your so-called friends out of a massive sum of money, you’d better hope Mike Matusow doesn’t hear about it.

Back in January of 2021, “Mike the Mouth” claimed to anyone who would listen that former Head of Twitch TV poker, Scott Ball, had cheated Phil Hellmuth’s private game out of a staggering $800,000.

Matusow aired his allegations in his “Judgment Day” podcast, with Ball accused of not only collusion and ghosting, but also of skimming money from the highstakes home game.

“I was so mad when all this came to light that I wanted to take a baseball bat over this guy’s head. How is he going to sue me when I got between 8 and 15 people that’ll verify the entire story?”

Hellmuth banned Matusow from the game over his unverified allegations, but Mike stood by his claims, describing Ball as a “scammer boy” and “a thief”.

Doug Polk also put the boot in on Ball:

“I can’t say he scammed anyone, but in my experience, he is just a shitty, horrible person.”

What happened next behind the scenes is anyone’s guess, but as others have reported, the sordid story seems to have been swept under the felt.

So, 2022 is here and we have another glorious year of poker to look forward to. Over on the dark side, however, they’re already taking bets on who will be next to lay claim to poker’s “Cheat of the Year” title!