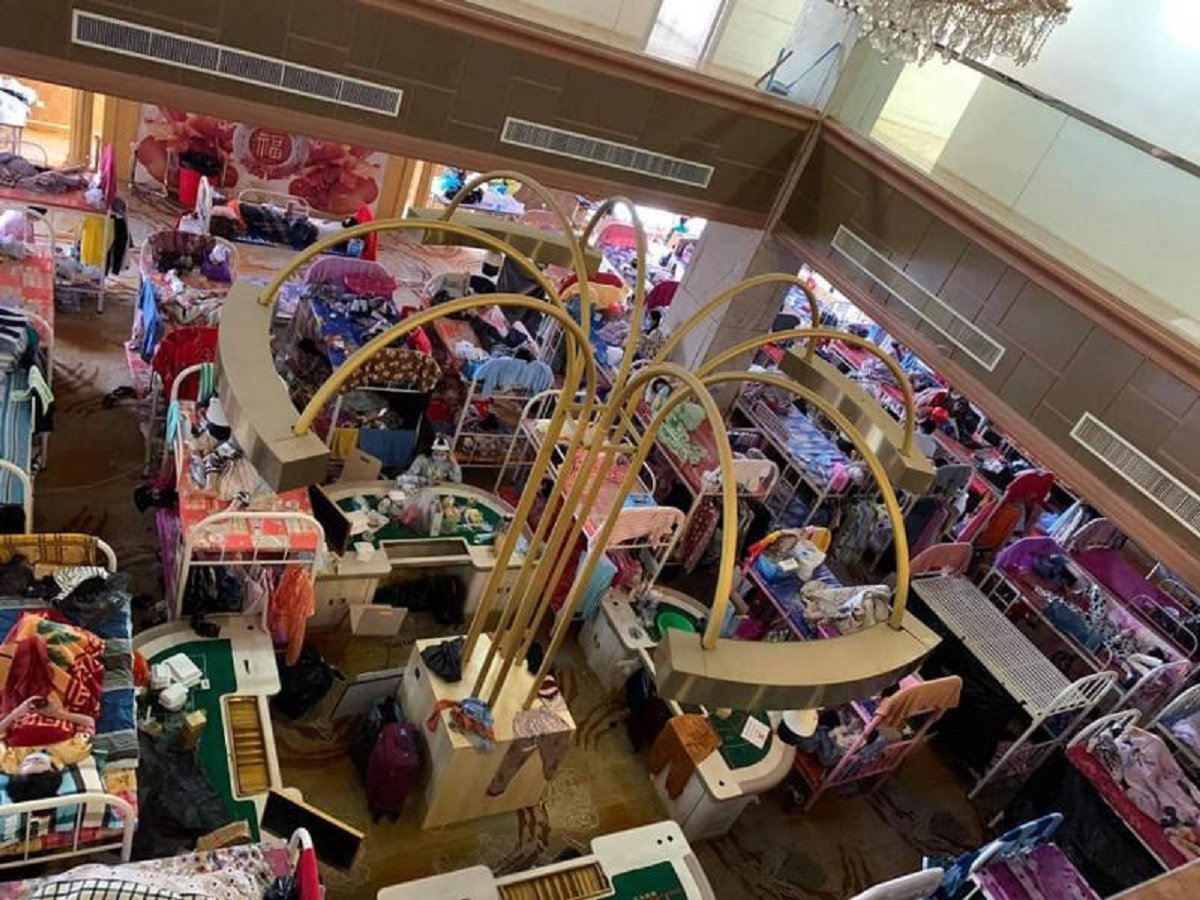 Three Cambodian workers are being held against their will in an illegal Chinese-owned casino in Sihanoukville, western Cambodia, Radio Free Asia (RFA) reports.

An image taken last month of beds squeezed in among gaming tables offers a glimpse of the cramped living conditions for Cambodian workers at the Century Casino in Sihanoukville. Many of those forced to work here contracted coronavirus, and one woman died. (Image: Radio Free Asia)

It’s the latest in a series of disturbing reports emanating from Cambodia about trafficking and workplace abuse centered around the country’s gambling industry.

Many of these reports come via RFA, a media organization funded by the US government to provide independent reporting in regions with limited press freedom.

The trafficked workers, two women and one man, have been forced to work in the online gambling industry for the past two months. Their captor is a man with the last name Long, who owns the business.

That’s according to the victims’ cousin, who contacted RFA after becoming frustrated by the inaction of local police. The cousin, who asked to remain nameless because of fears of reprisal, said his relatives are being made to work even when they are ill.

The three workers, Hang Lily, Hang Tyty, and Nguon Chim, were told they would receive a monthly salary of US$1,000 each when they agreed to work for the company. Instead, they were given less than half of that, the source said.

When they tried to quit, they were confined and forced to sign a one-year contract, according to the report.

“The [Chinese] company threatened my younger cousins that if they didn’t sign a contract with them, they would sell my cousins to other companies,” the relative told RFA. “I would like to request that authorities help to get my cousins released. I want them to conduct a raid at that company to see what they have been concealing — and not just my cousins.”

Last month, RFA reported that 437 people had been trafficked. They were reportedly forced into labor for another illegal online gambling operation, based inside Sihanoukville’s Century Casino. According to RFA, COVID-19 spread through the workforce, and one woman died.

Cambodia’s government has consistently been ranked by the World Justice Project as one of the most corrupt in the world, and graft is endemic in society. There are concerns that black-market operators are paying crooked officials to turn a blind eye to these abuses.

Despite this, authorities have recently made some efforts to tackle the problem.

Encouraged by the Cambodian government, Chinese citizens have poured investment into the country over the last few years. This has transformed Sihanoukville from a sleepy backpacker town into a casino mecca for Chinese tourists in a disconcertingly short space of time.

Gambling is illegal in China, except for state-owned lotteries.

Bowing to pressure from the Chinese government, Cambodia banned online gambling at the beginning of 2020. That pushed it underground, further into the hands of alleged criminal elements.

The prohibition may also have made it difficult for the new black-market operators to recruit workers legitimately, which could be a factor driving the abuses.