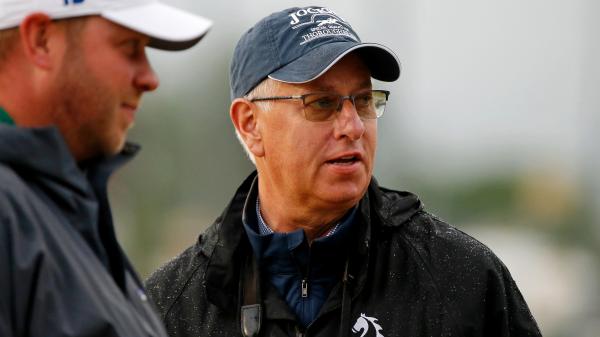 Few trainers know the way to the Belmont Stakes Presented by NYRA Bets winner’s circle better than Todd Pletcher. He made history when Rags to Riches became the third and most recent filly to capture the “Test of the Champion” in 2007. He struck again with Palace Malice in 2013 and with Tapwrit in 2017.

No one would be surprised if the Hall of Famer makes his way to that familiar ground after the 154th edition of the 1 ½-mile Belmont on Saturday. He has that strong a hand in Mo Donegal and Nest, a filly who will try to follow Rags to Riches’ valiant lead.

“I think you hopefully learn some things along the way,” said Pletcher. “I think the most important thing about the Belmont is bringing the right kind of horse. You need a horse that has stamina and is not going to get rank early on.”

Mo Donegal and Nest surely fit the profile. Distance did not keep Mo Donegal, a son of Uncle Mo, from finishing higher than fifth in the Kentucky Derby Presented by Woodford Reserve, his most recent start. The post-position draw almost surely did. The rail in the 20-horse field was that difficult for the colt and jockey Irad Ortiz Jr. to overcome.

The Wood Memorial Stakes Presented by Resorts World Casino winner was hardly alert when the Churchill Downs starting gate snapped open. “He got a little sleepy in the gate,” the trainer noted. “He stood there the longest of anyone and he hopped at the start.”

“The idea we had was to be laying mid-pack. Instead we were 19th,” Pletcher said. “If we could have improved our position and been following Zandon who was following Epicenter…we couldn’t quite get there.”

Epicenter, of course, was run down by seemingly impossible longshot Rich Strike while Zandon took third. Mo Donegal, owned by Donegal Racing and Mike Repole, settled for fifth. But he did not miss by that much when everything is considered. He was three and three-quarters of a length from the top.

“We never got into that ideal position at any point in the race,” Pletcher said. “What I did like was he never stopped trying. He ran all the way to the wire.”

That finish – and the rest of the 3-year-old’s body of work – surely encouraged the connections to go on to the Belmont. Mo Donegal has won half of his six career starts with a pair of third-place finishes for earnings of $711,800.

Nest was probably a less obvious call after her runner-up effort against Secret Oath in the 1 1/8-mile Longines Kentucky Oaks. Although Secret Oath went on to be fourth against the boys in the Preakness Stakes, Nest’s pedigree suggested she merited serious consideration for the Belmont marathon.

Nest debuted at a mile and a sixteenth last Sept. 25 at Belmont Park, and coasted by five lengths. She has been a model of consistency since then, taking four of six starts with one second and a third. She has banked $850,550 for Repole Stable, Eclipse Thoroughbred Partners and Michael House.

“We were all on board that she is a filly that is bred for this race and she’s talented enough to compete with these colts. She’s been training with Mo Donegal,” Pletcher said. “The real key was we wanted to see how she trained.”

Pletcher is deliberate about everything he does, part of the reason why he owns seven Eclipse Awards as the leading trainer in North America. He is not one to throw caution to the wind and ask too much of any of his horses.

He seriously considered eventual 3-year-old champion filly Malathaat for last year’s Belmont before deciding against that. “With Malathaat last year, I think she was really designed for this race, but the timing wasn’t right,” he said. “In this filly’s case, everything has gone according to plan.”

Pletcher can pull even with Max Hirsch, D. Wayne Lukas and R.W. Walden for fifth all-time if he wins his fourth Belmont. Consider him doubly dangerous in this year’s pursuit of that mark.