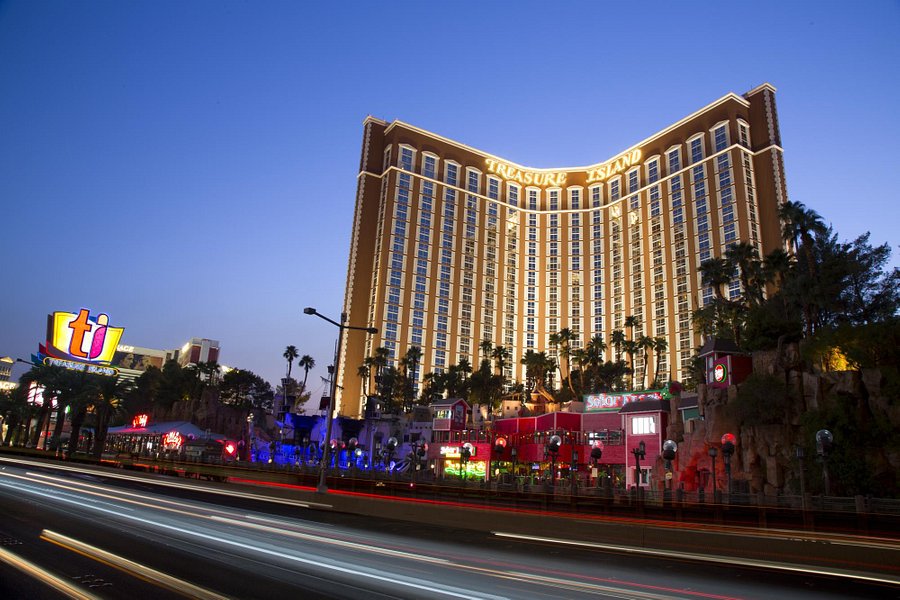 Arizona resident Robert Taylor will collect his legitimately won $229,368.52 at Las Vegas’ Treasure Island Hotel & Casino this weekend. He won the money on a progressive slot machine at the gaming property on Jan. 8. But a machine error prevented anyone from knowing.

Treasure Island Hotel & Casino, pictured above. The Las Vegas casino attempted to identify a jackpot winner after a machine error. With the help of the NGCB, the man was found and will collect his winnings this weekend. (Image: TripAdvisor)

The “communications” malfunction kept the player and staff from realizing the winning hit at the time. Later, the massive jackpot was discovered and confirmed. But the name of the winner remained a mystery.

Many efforts to identify the player were undertaken by Treasure Island staff. But apparently, they could not identify the tourist, nor reach him.

Then, Nevada Gaming Control Board (NGCB) Enforcement Division agents undertook their own investigation. They watched many hours of surveillance video from Treasure Island and other gaming properties. They also interviewed possible witnesses and reviewed their statements.

Additionally, they sorted through online purchase records, and viewed data from the Nevada Transportation Authority (NTA), as well as records from an unnamed rideshare company.

The exhaustive investigation resulted in successfully identifying the patron as Robert Taylor,” a NGCB statement released on Friday revealed.

He is expected to travel back to Las Vegas from Arizona this weekend to collect the winning check. Treasure Island staff is eager to see him.

We are thrilled that our jackpot winner was found by the Nevada Gaming Control Board and we are looking forward to awarding him his winnings,” Treasure Island said in a statement released Friday to Casino.org.

The NGCB is also proud that the inquiry led to Taylor getting his rightful jackpot.

“The Nevada Gaming Control Board is charged with the strict regulation of the gaming industry, the protection of the gaming public, and ensuring that the industry benefits the State of Nevada,” James Taylor, chief of the NGCB Enforcement Division, said Friday when announcing that the player will collect the money. He apparently is no relation to the winner.

James Taylor commended the agents of the Enforcement Division, particularly Agent Dan Nuqui, “for ensuring that the public trust in the gaming industry remains strong by spending countless hours over two weeks to ensure that a patron is awarded winnings owed to him.” He also commended the NTA staff for their assistance in the investigation. Nuqui is a board member of the Nevada State Law Enforcement Officers’ Association.

Slots have malfunctioned in other gaming properties in recent years. For instance, in an unrelated incident, in 2020 a gambler at the Newcastle Casino in Oklahoma was told that a machine malfunction was behind the almost $8.5 million jackpot she hit.

Maribel Sanchez was reportedly wagering $1.25 when she won a $8,469,498.95 jackpot. In an interview with KOKH, a local TV station, Linda Sanchez, Maribel’s daughter, said that right after her mother won the big prize, the device she was using shut down. The would-be winner has consulted with an attorney, the report adds. A claim was under review, but it is unknown if a resolution was ever reached.

Earlier, in 2016 Katrina Bookman hit a slot jackpot at Resorts World in Queens, N.Y., with her screen displaying that she had won $42.9 million. When the New York resident went to cash out her lucky ticket, casino staff told her the win was erroneous, and that the slot machine had malfunctioned. They offered her a free steak dinner, and $2.25. She declined their offer. She has since filed a lawsuit. It is unclear if the dispute was resolved.