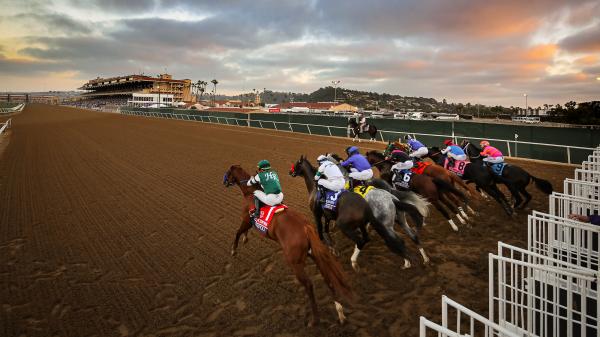 TV a Changing Landscape for the Breeders’ Cup

With 38 editions – and counting – in the record book, the Breeders’ Cup World Championships stands as an amazing success story that has withstood the test of time.

It all started in 1984 with seven stakes and took off like a rocket ship, largely because of four hours of national television coverage on NBC that showcased a spectacular day of racing filled with victories by odds-on champions and a 53-1 shot, an epic stretch battle in the day’s richest race, and picture-perfect weather to frame the event.

Heading into 2022, with 14 Breeders’ Cup stakes and a two-day event scheduled to be held at Keeneland on Nov. 4-5, television coverage remains a central part of the Breeders’ Cup’s winning formula, but, like many parts of everyday life in 1984, it has changed over the years.

True to form in an ever-changing world, the 39th Breeders’ Cup will have a different look on television next year.

Due to NBC’s decision to pull the plug on its NBCSN network after Dec. 31, the Breeders’ Cup will lose the outlet among NBC’s family of networks that provided 9 ½ of the 10 ½ hours of television coverage for last month’s event at Del Mar. The centerpiece Longines Breeders’ Cup Classic aired for one hour on the flagship NBC network.

While an official announcement has yet to be made, it is expected those hours on NBCSN will shift primarily to USA Network with CNBC also a possibility for some of the coverage. Both networks are owned by the parent company, NBCUniversal, which will move about 1,500 hours of sports programming to USA Network, according to published reports.

“We’ve obviously had some conversations with NBC about next year and I think they will probably be looking to put out some news on that early in the new year,” McDonald said.

The new home on viewer’s cable guide comes at a time when the airing of Breeders’ Cup racing has already undergone some noteworthy changes in the last few years to keep in step with the new media platforms that have sprung up.

“We’re always going to need the great production quality NBC brings. They have been with us since the beginning and have been a great partner. Their storytelling and ability to produce world-class events is what really helps to sell the event,” McDonald said. “So it’s more about the delivery and distribution of that product. The distribution is changing by the minute and we look at it as wanting to maximize the distribution of the Breeders’ Cup itself, and we want to make sure we’re reaching consumers where they are consuming content, which is what’s really shifting. There are so many ways to get content and we want to make sure we’re delivering it in the most effective way possible. Our goal is to reach people the way they want to watch us.”

Aside from NBC as a traditional outlet, the Breeders’ Cup has also relied on television and online coverage from TVG for exposure. TVG has presented every Breeders’ Cup race except the Classic since 2019 and the horse racing network has also produced the popular Breeders’ Cup simulcast show carried by ADWs.

“We’ve been ahead of the OTT (Over the Top, which refers to streaming Internet content) curve thanks to ADWs and our simulcast shows through TVG,” McDonald said. “During the two days of Breeders’ Cup racing, we had about half-million unique IPs watching our simulcast show through either an ADW or Breederscup.com.”

“It’s been growing and growing,” he said.

In contrast, as the online audience grows, the linear television audience has shrunk. According to NBC spokesperson Dan Masonson, the Classic averaged 1.2 million viewers in primetime Nov. 6, while the Future Stars Friday coverage averaged 161,000 viewers on NBCSN.

To offset the loss of viewers, newer forms of media have stepped to the forefront.

In 2020, the Breeders’ Cup began to present undercard races on Twitter, expanding it to both days of last month’s Nov. 5-6 event. Each year generated about 3.4 million views.

“The coverage was part of a larger marketing campaign in partnership with Twitter that included promoted tweets and promotion across Twitter,” McDonald said.

New to the mix this year was the launch of the Breeders’ Cup’s broadcast in Spanish. Partnering with America’s Best Racing and 1ST Racing’s HipicaTV, the live stream of the 14 Breeders’ Cup stakes on HipicaTV’s YouTube channel generated more than 282,000 cumulative views, with the Saturday audience topping 200,000.

“As a team, we were absolutely thrilled with the reach of the show, the live engagement with fans all over the world, and the support these shows received from our partners at America’s Best Racing and the Breeders’ Cup,” said HipicaTV host and racing analyst Claudia Spadaro. “We are confident that this is just the beginning. Our Breeders’ Cup viewership numbers make it clear that the audience is out there and that they want more coverage of racing in Spanish.”

McDonald said he was pleased with the response to the “Breeders’ Cup en Vivo” shows and that they are “something we will continue to do in the future.”

Another new avenue for viewers in 2021 was NBC’s Peacock app, which simul-streamed NBC’s presentation of the Classic.

Put all of that together and it paints a picture that’s optimistic, yet hard to quantify due to all of the different platforms.

“Viewership is tricky with different reporting systems. It’s not just us,” McDonald said. “Everyone is trying to figure out how to do a true comparison.”

For the Breeders’ Cup, McDonald believes wagering figures are the most accurate barometer of the event’s reach and that spoke quite well on behalf of the 38th Breeders’ Cup. The two days at Del Mar produced a two-day record handle of $182,908,409 that eclipsed the previous record of $174,628,986 in 2019.

“For us, handle is a great way to quantify interest in consumption of the product, since it’s our sales numbers, so to speak,” McDonald said. “Taking that into consideration, we’re trending the right way.”

For all of the changes and additions in recent years, there’s something else on the horizon that could provide the Breeders’ Cup – and racing in general – with a huge boost. With the rapid growth of sports betting across the United States, adding the Breeders’ Cup to sportsbooks’ wagering lineup is a sure bet to have a potent impact on awareness and handle figures in the years to come.

“It’s pretty obvious that the next big thing for us will be sports betting and how horse racing fits into the sports betting explosion in the United States. It’s a big opportunity for us to get our product into sportsbooks, like FanDuel, with a shared wallet in a way we can be in front of millions and millions of funded account holders who are bettors. It’s great exposure. It’s like getting your product on Amazon if you are a retailer. It’s the biggest opportunity for wagering and there’s distribution as well with sportsbooks looking for content. We need to have our product in front of those people, especially if sportsbooks are spending hundreds of millions of dollars each year promoting their product and trying to acquire new customers.”