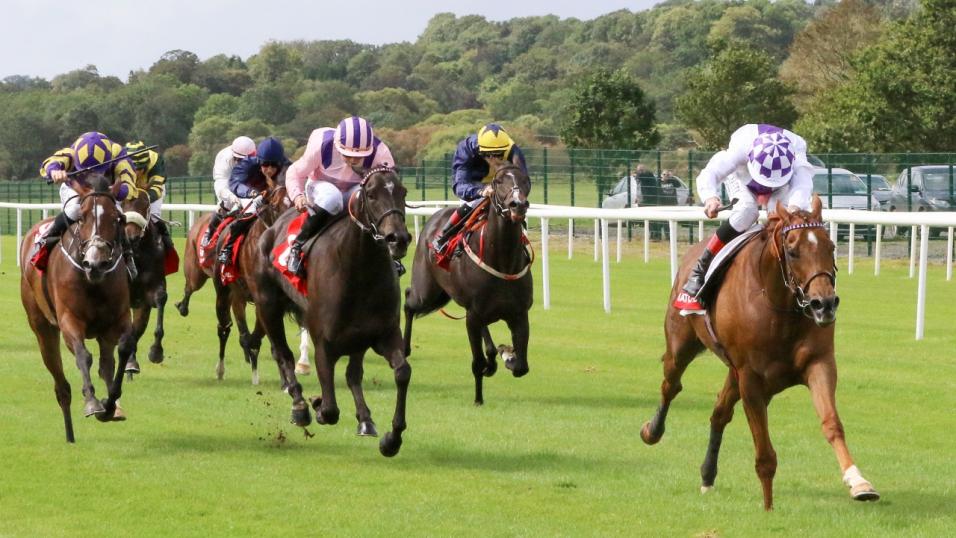 Fans of both flat and jumps are catered for in Ireland on Sunday, with Cork staging an interesting seven-race card on the level, while Fairyhouse hosts a quality eight-race national hunt offering.

Starting at Cork, the 6f listed race at 15:12 features some smart performers, a few of which may well be plying their trade at a higher level as the season progresses.

Although she has a bit to find on official ratings, Joseph O’Brien’s Twilight Spinner is my idea of the winner.

A lightly raced filly who was in the care of David O’Meara for her first three starts, this daughter of dual Group 1-winning sprinter Twilight Son won twice last season, the second of those victories when taking the Listed Cecil Frail Stakes at Haydock in clear-cut fashion from Ventura Diamond.

She clearly relished the testing ground that day, and while conditions are unlikely to be anywhere near as soft on Sunday, she proved on her first start for her current yard that she doesn’t need it bottomless to be effective.

That came when returning from a four-month break in a Group 3 contest at the Curragh in September, where Twilight Spinner was no match for borderline Group 1 performer Art Power but still did best of the rest in finishing runner-up.

She clearly retains plenty of potential with just four starts under her belt and looks the type who will make her mark in Group company this season.

This is obviously no gimme with the likes of Logo Hunter and Mooneista in opposition, but Twilight Spinner is lower mileage than both and receives weight from them to boot. I’ll be disappointed if she doesn’t go very close to making a winning start to the new campaign.

Young claiming rider to make a name for himself

The 5f 3-y-o handicap at 16:22 features some unexposed sorts that could be lurking on fair marks but they’ll have to go some to match the form already shown by top weight Red Lacewing.

This one won a maiden on just her second start last season (beating the potentially smart New York City) and connections were enthused enough to try her in listed company at Newmarket after that.

Despite notching a good fourth, Red Lacewing could be marked up considerably for that effort as she met some trouble a couple of furlongs from home before finishing to good effect down the centre of the track.

That effort was all the more meritorious as the part of the Rowley Mile she ended up on wasn’t the most advantageous place to be on the day, with the three that finished ahead of her all racing more towards the inside rail.

Fozzy Stack’s filly has been handed a mark of 90 for this first foray into handicap company, which on the face it may be stiff enough, though her task is made somewhat easier with 10lb claimer Danny Gilligan taking off a big chunk of weight.

Now, I have to confess I wasn’t particularly familiar with young Gilligan, who it seems only had his first ride in public at Dundalk on Friday evening, having been prominent on the pony racing circuit.

I took a look at that race, and despite him being on one that trailed throughout, he looked a competent rider for one so inexperienced and it could that his allowance ends up being good value.

Quite often with young riders, it pays to spot their talent at an early stage before the market latches on to how valuable their claim is. I’m hoping that proves the case here.

Mullins and Weld to fight out Grade 2 hurdle

The 2m 4f Grade 2 novice hurdle (15:30) on the Fairyhouse card has a cracking look to it, with a case to be made for just about all the of the seven runners.

However, it’s a pair who were useful on the flat that I’m going to concentrate on, Berkshire Royal and Falcon Eight.

Of that pair, 2021 Chester Cup winner Falcon Eight was the better performer on the level, reaching a peak rating of 111 in his pomp, and he has the ability to make up into a decent performer at this level.

He’d clearly learnt plenty from his jumping debut when taking Thurles maiden hurdle in February, jumping much better than he had down on national hunt bow.

While fully respecting of his chance, I’m going to side with Berkshire Royal, who connections thought enough of to take to Cheltenham for his jumping debut in the 2020 Supreme.

Unsurprisingly, that was all a bit too much at that stage of his career but he could still make up into a smart type and shaped best when second to The Goffer in a Grade 3 at Thurles last time, where he was returning from a nine-month layoff.

That should have blown away any cobwebs and I’m expecting him to be much sharper this time around.

Berkshire Royal’s trainer Willie Mullins also fields Arctic Fire and Bronn, with preference for the former of that pair, who did this column a good turn when winning at Wexford last time, though he’ll need to jump more slickly if he’s to really make his mark at this sort of level (gave some hurdles plenty of daylight).

2022-04-02
Previous Post: Why You Suck at Poker, Part 1: Under the Gun
Next Post: Uplatform issues four key insights into affiliate marketing programs, today used by over 87% of brands