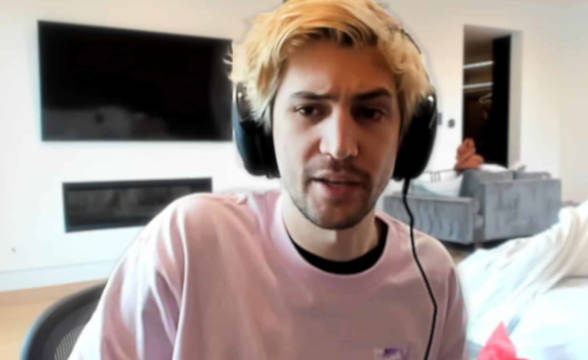 Twitch Streamer xQc Says He Loves Gambling and That’s It

One of Twitch’s most popular streamers is back at gambling. This would not be an issue were it not for xQc’s self-confessed gambling addiction. There is a lot that is not okay with this, though. For starters, xQc will be broadcasting sponsored gambling streams. Most of these deals offer millions worth of dollars for what is virtually just an hour or so worth of work a day, making it hard to resist.

Gambling Back in the Spotlight

Given that xQc is a gambling addict “who can afford to be an addict” (his own words), this relationship seems a little perverse. xQc used to compete in the Overwatch League, but gradually moved away from the game and built a personality about himself. He started streaming gambling streams circa 2021 but then stopped after several months, fearing that his addiction had got too bad to continue.

xQc’s relationship with some fans has been fraught at best. Initially, he struggled not to cave in and accept streaming gambling for money on Twitch. He acknowledged that gambling was bad, but then he started arguing with people on stream. He said that some fans had been consistently hypocritical.

When sponsored gambling streams first became a thing, xQc was accused of promoting a harmful product. But those same people that would criticize him, he argued, would happily praise others who were not xQc for doing the exact same thing. “Oh dude, if I had that much money, I would do it too! I respect this guy,” xQc said on stream mimicking pesky viewers who have turned on him.

Gambling sponsorships are huge, though, and they often can fetch a streamer as much as $10 million a year. This is a lot of money to turn down in a second. To some, it’s retirement money easily for less than a year of work which breaks down to 30 minutes of streaming a day, another streamer, Mizkif, explained recently.

Happy to Do What He Loves

xQc said that he had been enjoying gambling enough to stop caring about public opinion and just enjoy the activity. xQc has his reasons for gambling, whether he truly loves spending his time gambling or enjoys the fact that he will be getting what is possibly a huge paycheck at the end of the day, it doesn’t matter.

This is precisely what fellow streamer Asmongold tried to explain, pitching in the xQc saga. It really doesn’t matter, he explained, because it’s “the system” that creates those conditions for others to take advantage of. If anyone wants to be getting mad at people, they should be getting mad at the people who enable this model to exist in the first place, Asmongold argued.

Understandably, many people continue to bash xQc – whether out of jealousy or an honest objection to gambling, it doesn’t matter.