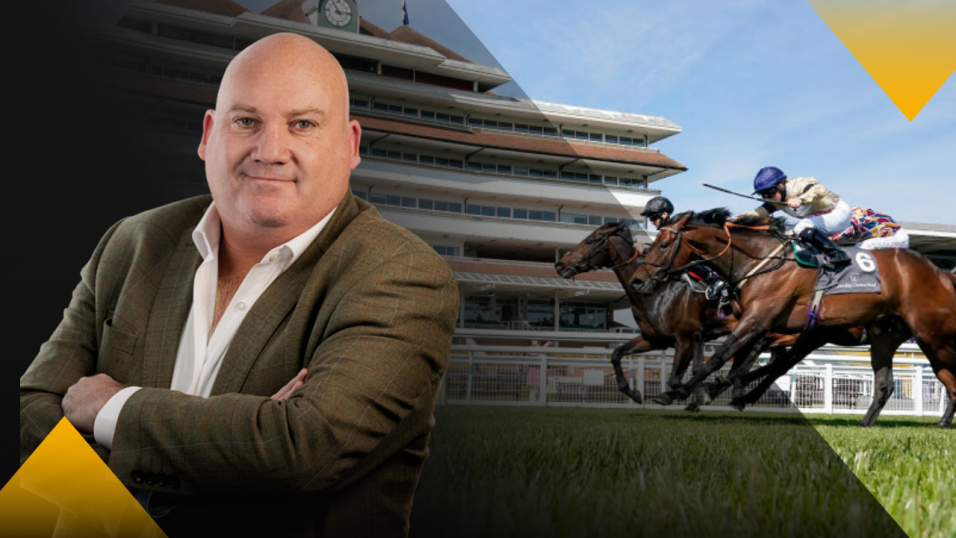 Two in the Spring Mile among Tony Calvin’s four bets

It is always a tricky time of the punting year, when we are all guessing on the levels of fitness of the returnees, but Musselburgh have put on excellent prize money so you have to expect most will arrive here, tuned up and ready for the fight.

I will start with the Scottish card, and take in chronological order.

It has paid to be prominent in the 1m handicap at 13:32 in recent years, and for that reason I went off my initial fancy Desert Angel, as he could be facing a losing battle if this hold-up performer is slow out of the gates, as he has been on numerous occasions.

Mark Johnston has won two of the last three runnings of this race, also supplying the neck runner-up in the other renewal, and it is not hard to see his low-drawn, forward goers, taking an early grip on this contest, with Value Theory and Spirit Catcher coming out of two and three respectively, as the horse drawn inside of them is ridden cold and often is slowly away, too.

But Last Hoorah may have something to say about that from stall four, I guess, and others in here have gone from the front in the past.

So maybe a waiting ride on Desert Angel could prove to be a positive, after all.

I think I am trying to say “no bet” here, as it simply looks too tricky.

Draw a negative but Marshal’s a bet at the price

Marshal Dan and Danzan haven’t been given any favours with their draws in the 7f handicap at 14:04 as these forward-goers have plenty of pace inside of them, so their jockeys may have to take their medicine and revert to Plan B.

I think both are weighted to run well but I am going to rely on Ben Curtis being savvy and planning a waiting race on Marshal Dan, who I am backing at 10.09/1 or bigger, though I think you will get bigger. He is also 9/1 with the Sportsbook if you want to play there.

Outside of the, err, outside draw, the case for him is very strong. He goes very well when fresh, and finds himself 2lb lower than when ¾ length second to Eton College in this race last season.

While the winner didn’t frank the form afterwards, the horses immediately in behind him did, and you can easily argue Marshal Dan’s best career performance came when winning at this course in October 2020.

Just one more note about the draw in 10, and his run-style. It is clearly a negative, and may be insurmountable around here, but he has performed well when coming from off the pace before, notably at Newbury in September 2020, so Curtis, who rides him for the first time here, needs to be alert to that fact.

Either way, at least we are getting a bigger price about him due to that draw.

Zero gets ten out of ten for his chances

Given last week’s Grand National victory, a fair few eyes will be on Emmet Mullins’ Zero Ten, and you can see why.

A 147-rated chaser at his best, he comes in here off a mark of 107, just 1lb higher than his Irish level, and that looks fair judged on his Group 1 Prix Royal-Oak fifth over an extended 1m7f on heavy ground in October.

I can see the better ground and step back in trip here suiting him, and the claimer still looks value for his 7lb allowance after coming back from a suspended spell on the sidelines. He was the wonder boy this time last year after winning the Lincioln.

The question is the price at around 5s.

I think it is fair.

Go back and have a look at that French run. I know that race is never the strongest Group 1 but he travelled so well throughout, and it looked as though he could win there when taking it up in the straight, only for his stamina to seemingly run out in the closing stages. The 115-rated Search For A Song was only ¾ length ahead of him in fourth, getting the 3lb sex allowance.

Second-guessing this Mullins outfit is difficult from a betting perspective, and Zero Ten is a 9yo, but he is obviously unexposed on the Flat and he does go very well when fresh.

He may well be punted further but I wouldn’t go lower than 3/1, for all I think this is a very winnable race for the money.

The others I liked were Enemy, State Of Bliss and Sir Rumi, but Zero Ten gets the vote. The form of his Galway maiden win over 1m4f last summer worked out well too, with the placed horses winning since.

Taking on Rogue Bear with Flours and Admiral in Spring Mile

I may as well cut to the chase and admit none of Newbury’s opening three ITV races interested me in the slightest.

Being charitable, if there was a bet to be had in those contests, it would probably be Majestic Glory in the Fred Darling at 14:25.

I know she didn’t go on from her Sweet Solera win, but she showed a great attitude to beat Wild Beauty, a subsequent Grade 1 winner in Woodbine and the favourite here, that day and she is overpriced on that run.

Aunties and uncles and all that, but she would be half the price if coming here directly from that Newmarket Group 3 victory.

However, I wouldn’t be surprised if any of around eight won this, so no dice.

Rogue Bear is the glaringly obvious one in the Spring Mile at 15:35, as he did best of the high-drawn numbers in the Lincoln – he came from stall 19 and none of the others in the first seven were in double-figures, something you will be reading and hearing a lot about – and he can race off the same mark here.

I actually have no problem with him being installed as a short-priced favourite here – and he also did well to come from off the pace too, so he can be doubly marked up – but taking around 4s on the exchange in a 17-runner handicap goes against the grain for this column, so I will look elsewhere.

If you want to make sure you don’t lose if he wins though, a saver to cover your stakes is fully justified.

He is far and away the most likely winner, for all Saleymm and Modern News had sexier profiles and were shorter prices at Doncaster and ran very well in second and seventh respectively.

Mick Channon did the business in that Lincoln and his Trais Fluors has been done a huge favour by the handicapper. He started last season off 106, then won off 92 at Sandown in a good time in June, and now he is back to a mark of just 88 for this campaign.

These handicappers are strange fishes these days, but let us hope they make us some bread with their generosity. I was going to say dough, but the bread and fishes line was easier to get.

Drawn 16 of 16 with Silvestre De Sousa booked (he rode the horse five times last season, including when winning at Sandown, so that is is not particularly noteworthy), I think I have to have him onside at 17.016/1 and bigger, given that career-low handicap mark. I think 14/1 and upwards is fair, but no lower.

I want another running for me though, and I will go to the other side of the course, and I am going to give Lincoln fourth Irish Admiral another chance from trap four.

You get the impression that William Haggas was more than a touch exasperated when the horse didn’t kick on from his early promise in 2021, despite winning nicely at Redcar in August, as I suspect he thought he had a black-type miler on his hands after that non-staying third over 1m2f at York.

He obviously ran perfectly well in a first-time tongue-tie at Doncaster, beaten just 2 lengths, but Haggas is now adding cheekpieces into the mix in a bid to find the key to him.

Haggas has a surprisingly moderate recent record with first-time pieces – just 4 from 51 since 2020 – but they could well be key to ending the trainer’s frustration with this horse.