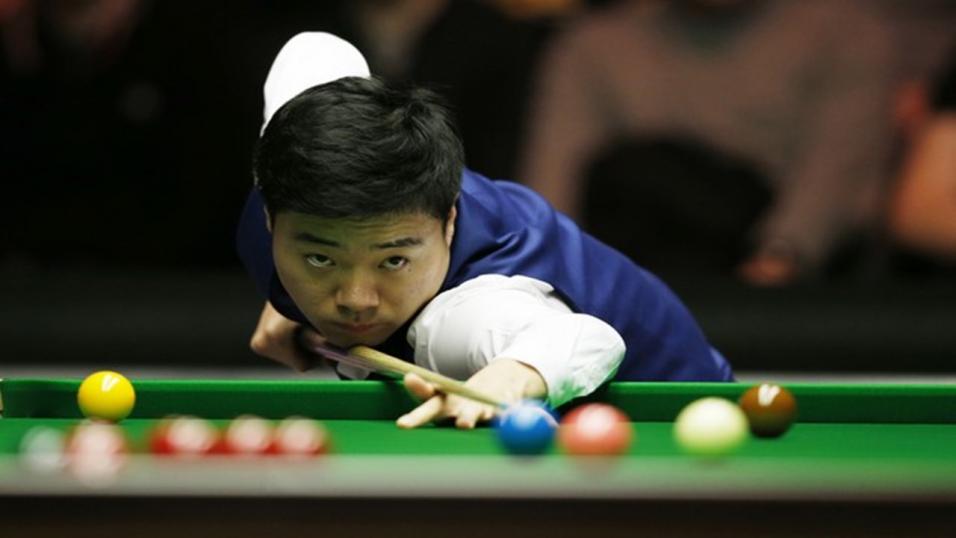 Two players to back from each quarter

Only two events remain before what looks the most wide-open World Snooker Championship. Given next week’s Tour Championship involves a restricted, 16-man field, this is the last for most players on the circuit. Critically, that means a last chance to get a rankings boost and improved draw.

I think it is largely that factor which ensures a strong field for what would otherwise be a second-order affair. We’ve had a few withdrawals – Selby, Williams, Murphy – but otherwise this is the cream of the crop.

Judd Trump is bidding for a hat-trick in the event and produced a memorably wonderful performance to win last year. Whilst his general standard has been well down on that this term, he returned to the winners’ enclosure in the Turkish Masters last time.

That whole effort was significant. Judd travelled late, fresh off a demoralising defeat in the Welsh Open final. He struggled in several games, yet battled on and found a way. Trump is evidently determined to find his touch, and maybe timing his run to form perfectly.

I think he’ll take the world of beating from this draw. Worst ways, he’ll face Ricky Walden in the last-16 and Barry Hawkins in the quarters.

Trump credentials aside, this is a golden opportunity for yet another shock winner. Zhao Xintong, Fan Zhengyi and Joe Perry have made this the least predictable season in snooker history and, without the full top-16 in attendance, one has to think at least one or two rank outsiders will reach the last-eight.

150/1 about Jamie Jones at this level is always worth considering. He’s perfectly capable of giving the best a run for their money and an improved performer since regaining his card. Jones starts with a walkover and, amongst potential opponents prior to the quarter-finals, would only be a clear underdog against Barry Hawkins.

For me, the second quarter is the most competitive. John Higgins, Kyren Wilson, last year’s runner-up Jack Lisowski, a resurgent Ding Junhui, plus no shortage of dangerous second and third tier players.

Based on their most recent form, as opposed to the whole season, Ding and Matthew Stevens get the nod. Both elite players at their best, both desperately fighting to save their ranking and, so far at least, rising to the challenge.

The signals from Ding have been strong, knocking in big breaks for fun in the Championship League, Welsh Open and Turkish Masters. Only a semi-final deciding frame and Ronnie O’Sullivan thwarted his progress in the last two and he looks a very strong contender here.

Stevens hasn’t hit those standards but there has been a marked improvement in his last two events, scoring well and beating decent opponents, including Mark Williams. The Welshman has always retained the ability to suddenly find his touch and go on a run.

Usually I like to balance the stake fairly closely between the two halves of the draw but, with Trump and Ding already in the plan, that isn’t possible and to be honest, I’m happy to take on the two big-guns in this half.

Neil Robertson has a horrible early path and, whilst Ronnie O’Sullivan could well storm through his section, can his commitment and attitude really be trusted in a tournament lacking prestige?

Robertson starts with in-form Liang Wenbo and will likely face David Gilbert, just to reach the last-32. At that stage, he’d likely face Pang Janxu, who won their encounter at the same stage of the European Masters.

Junxu remains very much on my ‘youngsters to follow‘ list and, in contrast, will be hot favourite for his first two matches. Pang has shown already he can live with the best and strikes me as no less likely a winner than Xintong was earlier this season and much more so than Zhengyi.

Yuan Sijun is another Chinese player who will likely excel way beyond his odds at some stage. A couple of years ago, that looked imminent but like so many youngsters, he hit a very bad run. However recent wins over Hawkins and Walden caught the eye so I’ll get him back onside for now.

Two more contenders in this section are the UK Championship finalists, Luca Brecel and Zhao Xintong. Both are drifting out in the betting now, returning to attractive levels. However I remain sceptical either has cured their inconsistency and given the proximity of Robertson in this draw, I’m happy to swerve.

Onto that final section where, as noted above, O’Sullivan should be a class apart. Only Mark Allen presents anywhere near an elite-level threat, although recent winners Perry and Zhengyi are in attendance.

I wouldn’t deter anyone from backing Perry to follow up on his heroics in Wales. The section is very thin and neither Ronnie nor Allen are certainties for their opening round by any means.

However I slightly prefer Zhengyi’s path and am open to the idea that we’ve simply all massively under-estimated him. His path to European Masters victory involved taking huge scalp after another. He could meet Ronnie again in the last-32 and should not be dismissed.

Finally, a chance for Robert Milkins to gain some redemption. He disgraced himself by turning up drunk at the Turkish Masters ceremony and duly apologised, before turning in a respectable performance in defeat to Ding. ‘The Milkman‘ has all the natural talent in the world and is entitled to be better focused than ever now. Moreover, Allen aside, he looks likelier than anyone in his mini-section to reach the last-eight.