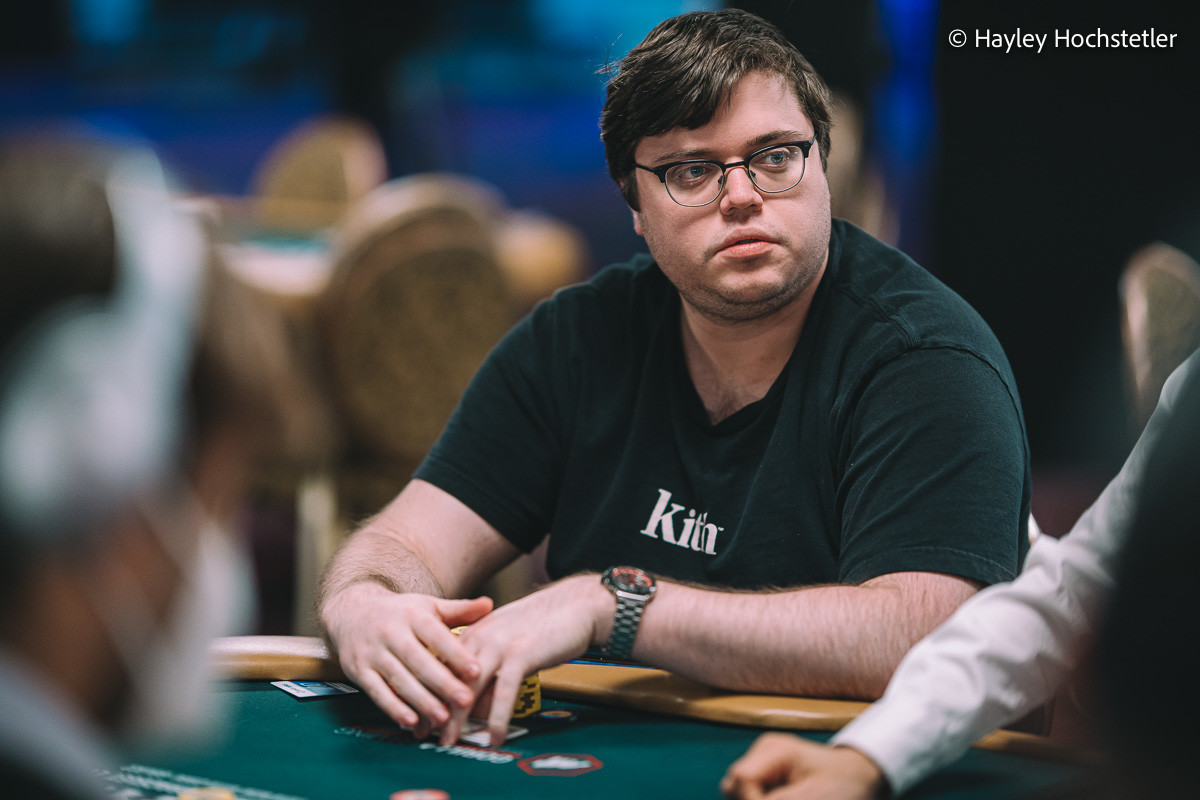 Yet another controversy has reached the poker world this week as two prominent players accused pro Ian O’Hara of scamming them out of six figures and more recently pocketing thousands of dollars that was supposed to pay for tournament entries.

Former poker pro and commentator Kane Kalas took to Twitter on Oct. 4 to make the allegations, which date back to 2020 and stem from backing arrangements with himself, O’Hara and Jonathan Jaffe.

Find out what Robbi Jade Lew had to say about the HCL controversy on the PokerNews Podcast!

“Fabricating Data” to “Finance His Lifestyle”

In a four-part statement, Kalas alleged that O’Hara, a Florida pro with $4 million in live earnings, according to The Hendon Mob, had reached out to him in 2020 for a tournament and cash game stake “and we entered into a 50/50 staking arrangement.”

After “months of consistent losses,” he discovered O’Hara was also being staked by fellow pro Jaffe, something that was never disclosed to Kalas. 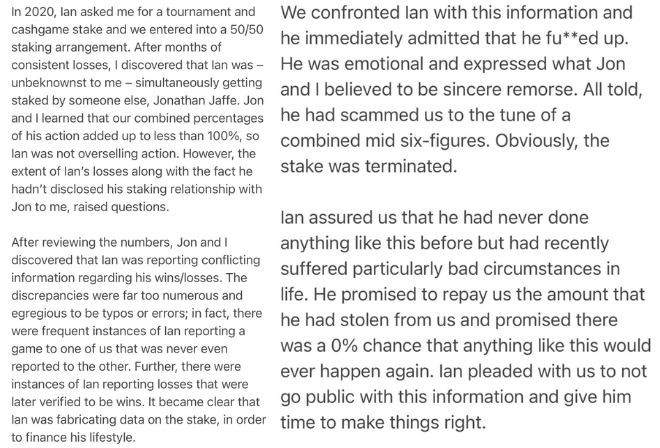 While O’Hara wasn’t over-selling action, Kalas became suspicious about “the extent of Ian’s losses” and the fact that he didn’t disclose his staking relationship with Jaffe, both of which he said “raised questions.”

“After reviewing the numbers, Jon and I discovered that Ian was reporting conflicting information regarding wins/losses,” wrote Kalas. “The discrepancies were far too numerous and egregious to be typos or errors; in fact, there were frequent instances of Ian reporting a game to one of us that was never even reported to the other.”

Kalas further alleged that “there were instances of Ian reporting losses that were later verified to be wins.”

“It became clear that Ian was fabricating data on the state, in order to finance his lifestyle,” he wrote.

All said and done, O’Hara allegedly “scammed us to the tune of a combined mid six-figures.” 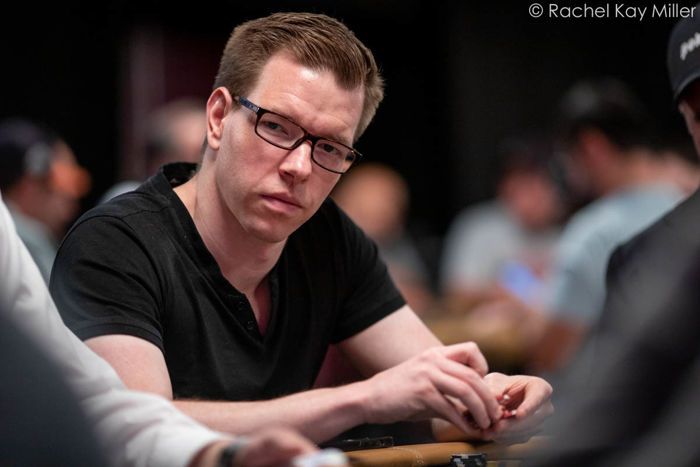 “A Pattern of Untruthful Behavior”

After becoming aware of the situation, Kalas and Jaffe terminated the stake and confronted O’Hara, who “assured us that he had never done anything like this before but had recently suffered particularly bad circumstances in life.”

“He promised to repay us the amount that he had stolen from us and promised there was a 0% chance that anything like this would ever happen again,” Kalas wrote. “Ian pleaded with us to not go public with this information and give him time to make things right.”

Since they both found O’Hara to be “genuinely remorseful” but were still concerned he “might resort to unethical behavior again in the future,” the two agreed to not go public with the information on the condition that O’Hara “make consist payments” to them to pay off his debts and disclose to them “ALL transactional business Ian conducts within poker.” 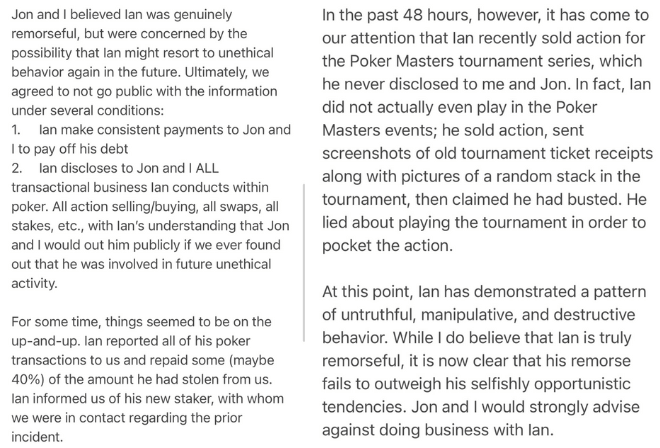 “For some time, things seemed to be on the up-and-up,” wrote Kalas, who noted that O’Hara reported all of his poker transactions and repaid around 40% of his debt.

That changed this week, according to Kalas, who alleged that “Ian recently sold action for the Poker Masters tournament series, which he never disclosed to me and Jon.”

Kalas further claimed that O’Hara didn’t even play in the Poker Masters events, but rather “sold action, sent screenshots of old tournament ticket receipts along with pictures of a random stack in the tournament, then claimed he had busted.” 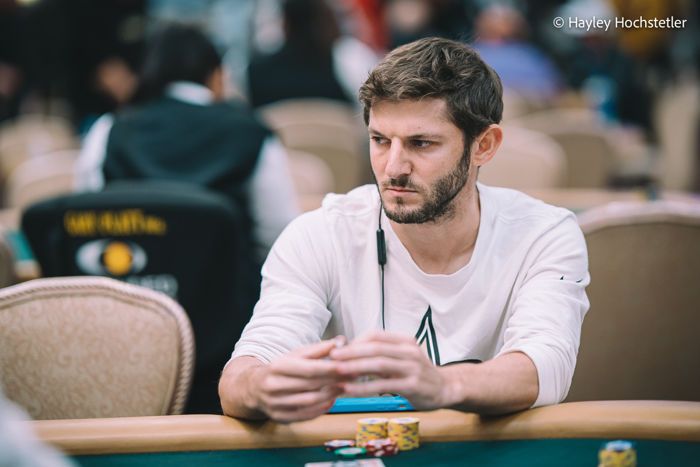 “He lied about playing the tournament in order to pocket the action,” said Kalas. “At this point, Ian has demonstrated a pattern of untruthful, manipulative, and destructive behavior.”

Kalas said he believed O’Hara to be “truly remorseful” but added that “it is now clear that his remorse fails to outweigh his selfishly opportunistic tendencies” and “strongly advise(d) against doing business with Ian.”

O’Hara made no effort to deny Kalas’ allegations. In fact, he replied to Kalas tweet on Oct. 5 and said he was “very sorry to all I have (affected) with my decisions.”

“I made these choices on my own and I must now face the consequences,” O’Hara wrote. “I will do everything in my power to rectify the situation as much as possible. I will do better in every aspect of life moving forward.”

@KaneKalas I’m very sorry to all I have effected with my decisions. I made these choices on my own and I must now f… https://t.co/IkN50HmbNo

A handful of poker players said they were sad to see the allegations against O’Hara, including Doug Polk, who said he “liked Ian from our few interactions and he seemed like an upstanding guy.”

Brandon Shack-Harris agreed that O’Hara “seems like a talented kid” but thanked Kalas “for bringing it to the communities attention.”

Shaun Deeb, who had previously been publicly critical of O’Hara, was less sympathetic and said he “feel(s) bad for his (O’Hara’s) most recent scammed people.”

“But this is why you don’t let people rob Peter to pay Paul,” Deeb tweeted.

O’Hara is a regular at both the World Series of Poker (WSOP) and World Poker Tour (WPT). His biggest score came in 2015 in a $25,400 High Roller at the Seminole Hard Rock Poker Open in Hollywood, FL, where he finished second for $527,313 after a heads-up deal with Jason Mercier.

O’Hara did not respond to a request for comment from PokerNews at the time of publication.