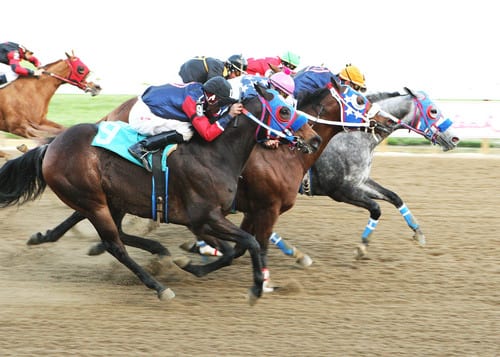 A previous investigation conducted by the California Department of Food and Agriculture (CDFA) identified a high-risk population of Quarter Horses participating in unsanctioned racing. Risky practices are believed to have contributed to transmission of this disease, such as the sharing of needles and other medical equipment or the use of illegally obtained, contaminated foreign blood products. Based on the increase in detection, the CDFA recommends increased surveillance in the high-risk population of racing Quarter Horses and requiring proof of a recent negative Coggins test for new horses entering a facility.

Effective immediately, any Quarter Horse not continuously housed at a CHRB inclosure must have a negative Coggins (EIA test) within the previous 90 days of the arrival date to be allowed to enter a CHRB inclosure.  This includes both interstate and intrastate shippers.

Furthermore, any Quarter Horse that originates from a property in Tulare County must have a negative Coggins within the previous 30 days of the arrival date to be allowed to enter a CHRB inclosure.

This entry was posted in Horse Care by Press Release. Bookmark the permalink.