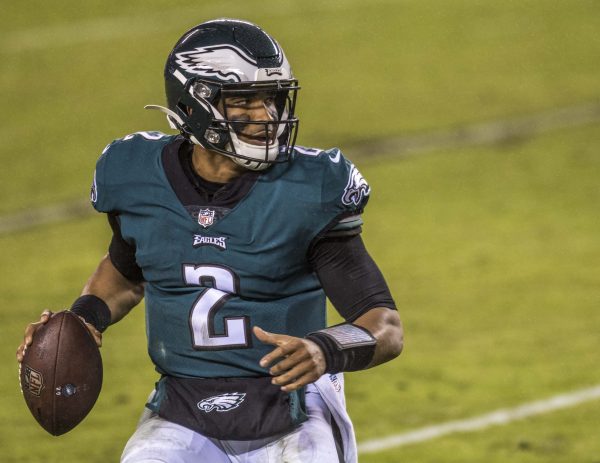 This isn’t an overreaction, with half the season still remaining. The Los Angeles Rams have a lot of quality on the roster, and a decent coach in Sean McVay. However, at the Week 9 halfway point of the season, the two best teams in the NFC West are the San Francisco 49ers and Seattle Seahawks.

We are going to skip over the 49ers performance against the Kansas City Chiefs, because that was one of those things that occasionally happens when you play an offense that good. When Andy Reid and Patrick Mahomes are on their game, even the ‘85 Bears wouldn’t )prevail (discuss that later).

Look at the 49ers’ two wins over the sputtering Rams, making it eight-straight regular season victories over their southern California rivals.

In the first win, the Niners were all about the defense, destroying LA’s offensive line, and burying Matthew Stafford seven times. There was absolutely nothing the defending Super Bowl champs could do against the onslaught.

Sunday’s second win over the Rams had the added element of Christian McCaffrey. That, and a crushing defense allowing just 61 yards in the second half. Conversely, the Niner offense went for 368 total yards, 7.1 yards per play. McCaffrey was the first running back since LaDainian Tomlinson in 2005 to run, catch and throw a touchdown in the same game.

The 49ers are now solidly favored to win the NFC West, priced at -145, according to NFL odds.

Seattle is currently leading in the NFC West at 5-3, that after soundly beating the now 6-2 New York Giants. The defense did something no one else had to date. They eliminated Saquon Barkley and Daniel Jones.

Barkley was held to just 53 yards (2.7 yards per carry), both low totals this season. Jones, just a week after he exceeded 100 rushing yards and 200 passing yards, did not make it to 200 yards combined against the ‘Hawks.

Meanwhile, Geno Smith of Seattle, the former Giant, continued to be quite efficient, as his quarterback rating topped 100 a fifth time this season. His two touchdowns (no interceptions) leaves his season totals to 13 touchdown passes to just three interceptions.
Seattle has now won three games in a row, and they face the Arizona Cardinals next week going after a season series sweep.

Philadelphia is 7-0, the lone remaining unbeaten team since the early portion of the season. They’re still 10-straight wins shy of ending the regular season without a loss, but it’s not too early to examine their chances of becoming the first-ever 17-0 regular-season team.

Eagles Will Keep Winning Because…

So, two things have to happen for a team to finish unbeaten. They have to be really good (and lucky), and they have to rely on a weak schedule to help out when they aren’t so good or lucky.

Philly has the perfect schedule to continue its winning. The next opponent is the 1-5-1 Houston Texans Thursday night, with the Eagles a two-touchdown road favorite, according to NFL odds. Then the middling (at best) trio of the Washington Commanders, Indianapolis Colts and Green Bay Packers. Only two months ago, hosting the Pack the Sunday after Thanksgiving looked like a good candidate to be a losing game. That’s not the case anymore.

The Eagles then start December against the Tennessee Titans, first-place team in the AFC South but not nearly as good as Philadelphia. It still has two games against the division-rival New York Giants, and a Christmas Eve trip to Dallas. In each of these games, the Eagles should be the favored, especially having already beaten the Cowboys.

Eagles Will Eventually Lose Because,,,

Everyone loses, eventually. The season is a grind. It’s very hard. It’s very long. Players get injured. Players have bad games. In the last week, if the home-field advantage is already decided, do you go after a perfect season, or perhaps rest players and eye the Super Bowl?

Can the Eagles go undefeated? They have all the tools to make it happen.