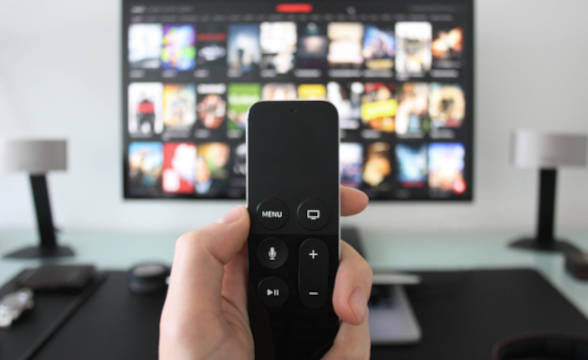 Ads are the worst, right? Well, apparently, if you’re Australian, you don’t want tobacco, gambling, junk food, and alcohol ads on TV, and the numbers are exactly in that order. The last place is for burning fossil fuel ads, because who needs the planet?

The Australia Institute released the results from polling research it had conducted on August 29. It carries the rather loud title “Give Junk Food & Gambling Ads the Punt” and focuses on what Aussies think of junk food and gambling ads served on television. According to the full report, a total of 1,003 were polled on whether certain “controversial products” should be allowed to be run ads for on TV. It appears that more people support bans on alcohol, tobacco, junk food, and – of course – gambling, than they do for burning fossil fuels, for example.

It’s important to note that tobacco is already banned in the country, with 74% of the people polled still expressing their support for it. Gambling is hot on the heels of this result, with 71% agreeing that ads for gambling should be illegal in Australia. Exactly two-thirds (66%) answered the same for junk food, with an additional agreement that junk food ads should definitely be illegal during “children’s viewing hours” with those hours not being shared in the report document.

Lower down the list, we finally find alcohol, with the percentage of people agreeing it should be banned sitting at 51%. Fossil fuel burning ads should be illegal according to just 41% of the people polled. Fuel fossil ads are also flagged with the highest percentage of people who agree ads should not be illegal – 24% to be exact, marking that this is one of the more controversial products for people in Australia.

The ban of gambling ads on TV is supported mainly by people who have self-identified as “Independent/Other”, “Greens” and “Labor” voters, making for a total of almost 90% amongst themselves. The ban on fossil fuels is mostly supported by the same group of people as well.

Australia has historically had a flourishing gambling industry, but that doesn’t come without its drawbacks. A poll conducted in February this year found that most soccer fans considered gambling ads in the Australian Football League (AFL) a problem, with 37% of people responding that way. Out of those, close to more than 70% were club members, which means that this concern is strong with people within the league – a big red flag.

A study published in May painted a very worrying picture of Australian Defense Force (ADF) veterans silently struggling with problem gambling. According to the statistics from the study, a total of 13.4% of the study’s participants were suffering from this behavior currently or at least at some point in the last year, showing a significant part of them was affected.

The Australian Gambling Research Centre (AGRC) at the Australian Institute of Family Studies (AIFS) for the Australian Institute of Health and Welfare (AIHW) released a comprehensive study on gambling in Australia in September of last year. According to the study, a total of 5.2% of the overall population was at some level of severity on the problem gambling scale, rated from “low-risk” to “problem gambling”. The data is for 2018 and concerns about 1.3 million people.

Cited in that research was the 2017 Goodwin research which also looked at problem gambling. In it a very popular formulation was constructed: a problem gambler can affect up to six others around them, with that figure being halved for moderate-risk gamblers, and it drops to a single person affected from a low-risk gambler. Of course, those numbers mostly represent family members – spouses, children, and sometimes parents as well.

It’s no surprise, then, that so many people would approve of banning gambling ads on TV. To be honest, however, who likes any kind of ads, really?