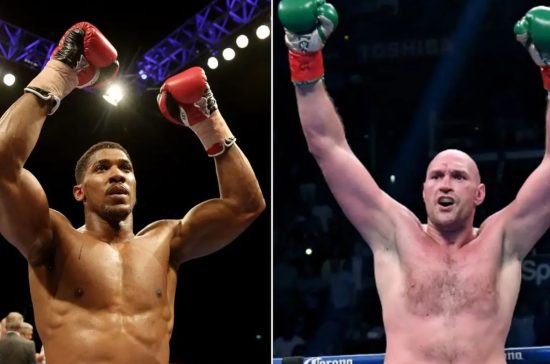 It appears that this fight is going to happen and soon. Only slightly more than a week after a supposed-to-be-retired Tyson Fury sent out a message via Twitter challenging Anthony Joshua to a bout, the fight appears to be imminent. Joshua replied to the tweet with instructions on how to move forward.

Since that time, 258 MGT has announced on Twitter that Matchroom Boxing and Anthony Joshua have accepted all terms from Tyson Fury for a Dec. 3 fight. The tweet was shared by Joshua and by all accounts is all but a done deal.

The money split appears to be Fury/Joshua in a 60/40 split. Both men will be getting many millions as this is a very anticipated matchup. This fight was much more anticipated before Joshua lost to a fat Andy Ruiz on (12/7/19) before losing two in a row to Oleksandr Usyk.

Still, there is some heat behind this matchup and it looks like it wil be billed “The Battle for Britain” or some such variation.

As far as betting on an 24-3 (W/L) boxer vs Fury who is 32-0-1, it seems like madness. But the exponential payout on Joshua may be too good to pass up. This fight may be closer than the so-called experts think. We wouldn’t be surprised if the money climbed down a bit as the match approaches.

Fight can be bet right now at SportsBetting.ag