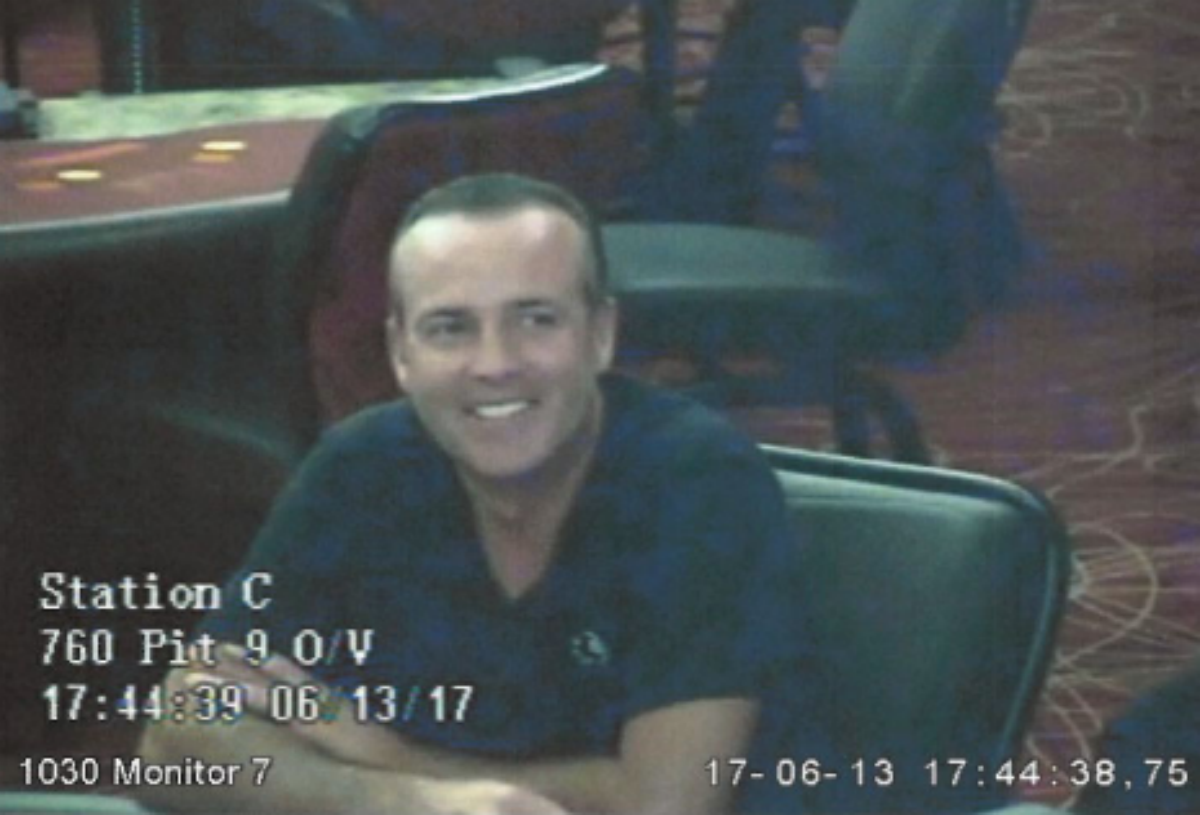 An officer with a UAW local in Michigan faces a potentially lengthy federal prison term after authorities charged him embezzling more than $2 million in the chapter’s funds, with some of the money allegedly being withdrawn at ATMs inside Detroit’s Greektown Casino.

Timothy Edmunds, seen here at the Greektown Casino in Detroit in June 2017. Last week, federal authorities revealed money laundering and embezzlement charges against Edmunds, who served as the secretary-treasurer for a UAW Local based in a Detroit suburb. (Image: USCourts.gov)

A detention hearing is set for Monday in the case of Timothy Edmunds, who made his first appearance in the U.S. District Court for Michigan’s Eastern District on Friday. Edmunds is currently listed as “temporarily detained,” according to court records.

The complaint in the case was filed last month and unsealed on Wednesday. That same day, the US Attorney’s Office for the Eastern District of Michigan released a statement noting Edmunds was charged with embezzling union funds, money laundering, failing to maintain union records, and filing false reports to the US Department of Labor.

For the past decade, Edmunds served as the Financial Secretary-Treasurer for UAW Local 412 in Warren, Mich. The Local represents Stellantis workers in the Detroit suburb, including the company’s assembly plant responsible for Dodge Ram 1500 trucks and Jeep’s Wagoneer and Grand Wagoneer.

In the complaint filed on Oct. 27, Andrew Donohue, a special agent with the US Department of Labor’s Office of Inspector General, said the department received a tip in August about the alleged embezzlement. He said that DOL officials spoke with auditors from the UAW, who discovered $2 million in Local 412 funds were diverted.

Among the suspicious transactions flagged by auditors were $142,000 in unauthorized charges on Edmunds union debit card. That included $30,000 in ATM withdrawals between 2018 and 2020 at the Greektown Casino.

According to Donohue’s complaint, Edmunds let the Detroit casino rate him more than 700 times between 2016 and 2020. During that span, he had buy-ins totaling more than $1 million and his total wagering exceeded $16 million during that span.

Information from Greektown also uncovered evidence of Edmunds’ “significant ‘Chip Walking’ activity,” meaning he would leave the casino without cashing in all of his chips.

During a 2016 visit, Greektown reported that Edmunds won more than $25,000 in chips during table games, but he only turned in $10,000. That allowed him to avoid being reported by the casino on a Currency Transaction Report, a required filing from the federal Bank Secrecy Act.

Based on over a decade of investigating labor racketeering and the criminals that engage therein, I know that casino chops are a favored method used to launder the proceeds of ill-gotten gains,” Donohue wrote in his complaint.

Other alleged uses of the funds went toward the purchase of at least 10 guns Edmunds bought since 2020 and the financing or leasing of five vehicles. That includes a 2020 Jeep Grand Cherokee Trackhawk purchased for $96,419 and a 2021 Dodge Durango that cost nearly $76,500.

When initially approached about the funds, federal officials said Edmunds gave phony bank records to UAW auditors in an effort to hide the scheme.

Edmunds becomes the 17th UAW official charged in a federal investigation into the union and illegal payoffs to organized labor leaders from executives in Stellantis’ FCA US division.

In announcing the criminal complaint, federal officials said that he violated the trust of the members who elected him to the secretary-treasurer position for the past decade.

They also said they would use all the federal resources available to hold him accountable.

“The members of the UAW deserve a union free of corrupt and crooked leadership,” said Acting United States Attorney for the Eastern Michigan District Saima Mohsin.  “We will continue to root out and prosecute those corrupt leaders who seek to use UAW funds as their own personal piggybank.”

The UAW Local 412 website shows that officer position as blank on its leadership page.