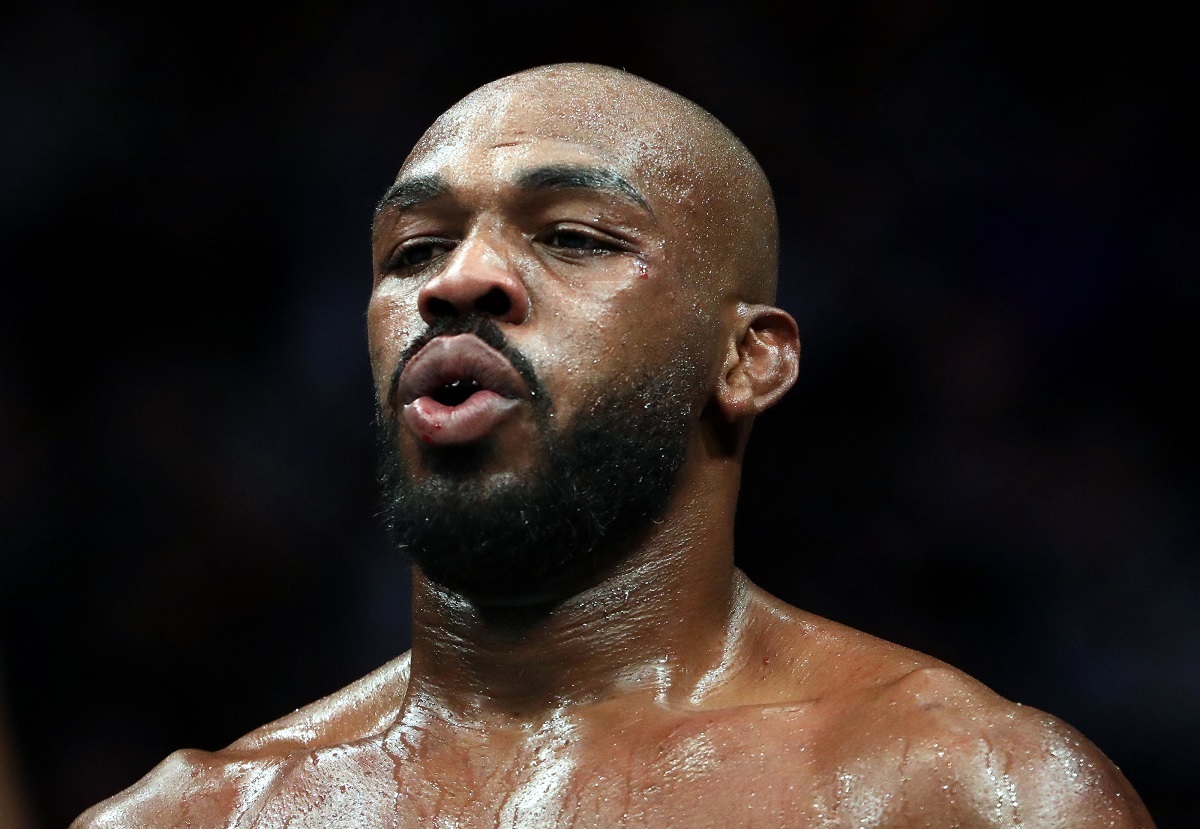 “That’s going to be on YouTube tomorrow,” said a drunken Jon Jones, shortly after headbutting a police car outside Caesars Palace.

The UFC star was half-right. It took around five months.

The 34-year-old former light-heavyweight champion was in Las Vegas that night to be inducted into the UFC Hall of Fame. He was staying with his family at Caesars Palace.

But in the early hours after the ceremony, a security guard at Caesars Palace called the police to report a suspected domestic incident. According to the arrest report, Jones’ youngest daughter had sought the guard’s help.

Cops responded quickly, cutting Jones off outside the casino resort as he tried to flee, the report said.

While Jones was being detained, other LVMPD officers went to his room, where they found his fiancée, Jessie Moses. She had blood on her face and clothing and a bump on her lip, consistent with someone who had been punched, although Moses denied this.

Meanwhile, as seen on the video, a highly emotional Jones was outside berating officers.

Bro, hang me. Hurt me and kill me,” he continued. “What did I do? A Black man can’t drink? Getting elected into the Hall of Fame, and this is what I’ve got?

A one point, while handcuffed near the front of a police SUV, Jones suddenly reared up and brought the full force of his weight onto the vehicle. He connected with his head, leaving a “medium sized dent,” according to LVMPD.

According to the report, Jones later calmed down and began to cooperate with police. He was ultimately arrested “peacefully” and taken Clark County to be charged with one misdemeanor charge of domestic battery and one felony charge of tampering with a police vehicle.

The battery charge was later dropped. In December, Jones pleaded no contest to the police vehicle charge and was fined $750, ordered to attend anger management therapy, and told to stay out of trouble.

“I have way too much trauma to consume alcohol, my brain simply can’t handle it anymore. I will leave alcohol in my past forever,” Jones told his Instagram followers shortly after the arrest.