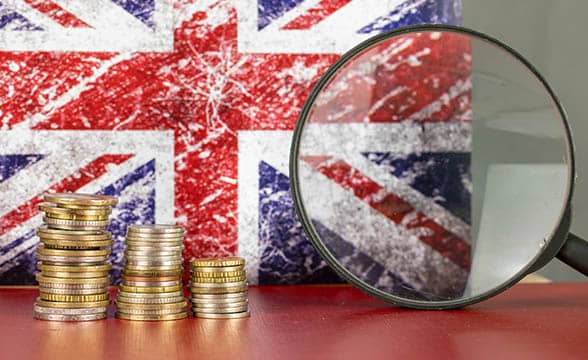 The United Kingdom’s Gambling Commission (UKGC) has published its quarterly statistics about participation in gambling. Each quarter, the regulator probes the state of British gambling and problem gambling rates by contacting a number of people on the phone.

A Probe Into UK Gambling

This quarter’s telephone survey saw the UKGC question 4,018 people aged 16 and over. Thanks to this, the regulator learned that overall participation in gambling remains roughly the same as it was during the same period last year. According to the survey, 44% of respondents participated in games of chance in September.

The UKGC also found that in-person gambling continues to rise. The research shows that 27% of the respondents played at a land-based casino or retail sportsbook. This number is still lower than the pre-COVID levels but shows that the sector is recovering from the effects of the pandemic.

Online gambling participation rates also went up to 27%, the survey demonstrated. This affirms that iGaming’s spike in popularity was not all thanks to the pandemic and continues the long-term growth trends.

How the Various Verticals Performed

The National Lottery remains the most popular online vertical in the United Kingdom with 16.1% having played in the past four weeks. The second most popular vertical was other lotteries with 8.4%, followed by sports betting at 3.9% and horse racing at 2.6%.

The UKGC Reflected on the Results

The UKGC said that the effects of COVID-19 are still lingering and, as a result, overall gambling participation is still lower than the pre-pandemic levels. The virus disrupted the industry for two years and is still indirectly affecting British gambling.

The silver lining is that people are now starting to return to in-person gambling activities. The UKGC remarked that people are slowly returning to verticals such as bingo, horse racing and dog racing. However, the industry still has a way to go before returning to pre-pandemic levels.

Interestingly, the survey showed that young people (aged 16 to 24) are more likely to return to in-person gambling activities than their older counterparts. As a result, in-person participation among 16-24-year-olds is the closest to pre-pandemic rates. Lastly, the UKGC reflected on the growth of the iGaming sector. The regulator attributed the growth to the popularity of the National Lottery’s online offerings, online slots and instant win games.