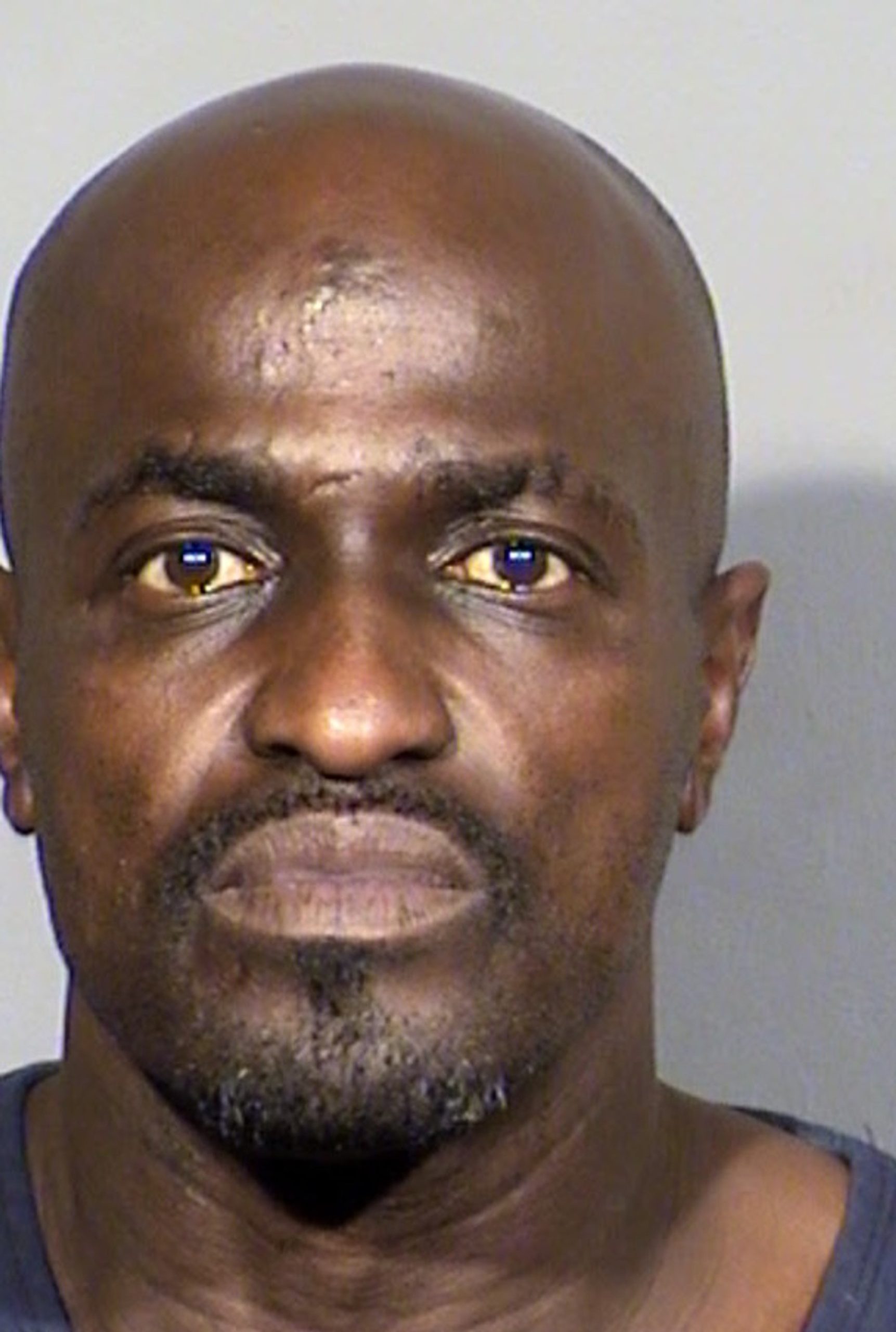 The man accused in the June 23 murder of one patient and the injuring of another at Las Vegas’ University Medical Center (UMC) does not remember the stabbings. But it was revealed he was at a casino before he was taken to the hospital for psychiatric evaluation.

Michael Earl in a mug shot, pictured above. While a patient at University Medical Center, he allegedly stabbed two other patients. One of them died. (Image: LVMPD)

Michael Earl, 48, had been at the unnamed casino on June 22. He started to feel he wanted to harm himself or someone else, police said.

So, either he or a friend asked a casino security guard to get an ambulance so he could be taken to the hospital, KLAS, a local TV station, reported.

While at the hospital, Earl allegedly repeatedly stabbed one patient in the neck, which led to the man’s death, KSNV, another local TV station, reported. The victim was identified as Porfirio Rea, 29. Rea was in partial restraints when he was stabbed, police said.

Earl believed he heard Rea call him a “snitch” and that Rea told him to “end it all” before the stabbing, the police report revealed, KLAS said.

A second patient, who was on a gurney, was stabbed by Earl in a leg, police said. He is expected to survive. All three patients reportedly were experiencing psychiatric illness.

Both attacks appeared to happen without provocation or forewarning,” police said in an arrest report, cited by KVVU, another Nevada TV station.

Earl is now charged with open murder, battery with a deadly weapon, and assault for the attack. He appeared in Las Vegas Justice Court on Tuesday.

He is scheduled to return to court on July 29. Earl was being held without bail at the Clark County Detention Center on Tuesday.

After the double stabbing, Earl did not recall the incident, a police report revealed. Later, Earl told police he had not been eating or sleeping in the days or hours before the incident, KLAS said. He also was hearing voices in his head, KLAS adds.

It does not appear he knew either of the victims, KSNV adds.

Two corrections officers were at UMC because of an assignment to transport a prisoner. They were alerted to the double stabbing and were able to apprehend Earl.

Earl had recently returned to Las Vegas from living in Montana. He was staying at a friend’s residence.

It was not clear how Earl got access to a knife in the hospital. But he was seen in a surveillance video placing an item under a blanket on a bed, police said.

Officers did not detail what the item was. Earl did not recall hiding a knife in his room, police said.

2022-06-29
Previous Post: Eric Smidinger Tops Record Field In 2022 World Series of Poker Seniors Championship
Next Post: The Change Ahead: Where Are All These New Veterinarians Going To Come From? – Horse Racing News