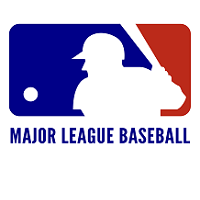 Sin City has been able to secure both NHL and NFL teams over the past few years. And now, a Las Vegas MLB team is a step closer. Rumors have been flying about a professional baseball team in Vegas for years, and perhaps even an NBA team, ever since professional baseball and hockey both found new homes in the desert.

One major obstacle to this has been a “relocation fee” that Major League Baseball normally charges teams to relocate. That fee can easily have been hundreds of millions of dollars. However, according to a story in the Las Vegas Journal-Review, MLB has agreed to waive that fee if the Oakland A’s want to make the move to Vegas.

Could a second professional sports team from Oakland really follow the Raiders to Nevada? Well, the A’s are in need of a new stadium, but Oakland lacks the funds to make it happen. And since Vegas has an abundance of cash, the team has been looking at various locations on The Strip to build a baseball stadium.

A deal for a Las Vegas MLB team now appears to be close. While there is the possibility of the A’s paying to build a new stadium for themselves, it’s far more likely that they would make a deal with a gambling operator. And while MGM and Caesars would seem like logical choices, the actual favorite at this point is Gaming and Leisure Properties.

Having another pro sports team would only help Sin City. Sports teams attract people from all over the country, and some of those like to bet on the games. It also brings sports leagues to a city full of cash, complete with high rollers and sponsorship opportunities.

If a deal can be worked for a Las Vegas MLB team, the soonest we would probably see any games would be the 2025 season. However, a recent vote by the San Francisco Bay Conservation and Development Commission may have put the wheels in motion to keep the A’s in California. Time will tell.