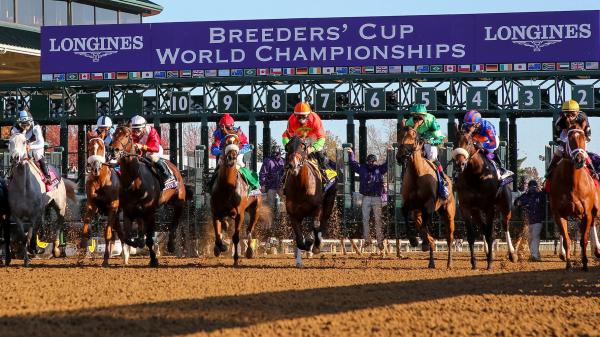 Every year, seemingly without fail, the $2 million, Grade 1 Longines Breeders’ Cup Distaff draws a stellar field worthy of its championship status. The 2022 renewal is no exception, with a deep and competitive field shaping up for the Nov. 5 showdown at Keeneland.

Seven Grade 1 winners… two Grade 1 Longines Kentucky Oaks winners… a proven champion… with so many accomplished fillies and mares in the prospective Distaff field, choosing a horse to bet won’t be easy.

Fortunately, historical guidelines can help steer us in the right direction. After analyzing the history of the Breeders’ Cup Distaff, we’ve identified half a dozen tips and trends defining the profile of a typical Distaff winner.

Let’s dig in and examine the data:

Tactical speed is a useful weapon in U.S. dirt racing, but the ability to race on or near the lead isn’t a prerequisite for success in the Breeders’ Cup Distaff. Six of the last 10 winners have rallied from outside of the top three after the opening half-mile, including five who closed from between sixth and ninth position. During the same timeframe, only one Distaff winner (Royal Delta in 2012) managed to lead after the opening half-mile.

To win the Distaff, you need a horse who is ready to peak on the day of the championship – not in their final prep run. Six of the last 13 Distaff winners were beaten in their final start before the Distaff, demonstrating that a last-out victory isn’t critical.

A recent victory might not be critical, but that doesn’t mean the Distaff is ripe for conquest by unproven horses. Established Grade 1 winners have accounted for 14 of the last 16 editions of the Distaff, and one of the horses to defy this trend (Unrivaled Belle) had placed second three times at the Grade 1 level.

Respect horses who competed at Saratoga

Saratoga has been the most common proving ground for future Distaff winners, with seven of the last 12 Distaff champions competing at “the Spa” during the summer of their Breeders’ Cup-winning season. The Grade 1 Personal Ensign Stakes has been a particularly productive prep race, with Forever Unbridled (2017), Stopchargingmaria (2015), and Royal Delta (2012) using the race as a springboard to Distaff glory.

Unfortunately, historical stats have a hard time separating the key contenders for the 2022 Breeders’ Cup Distaff. Seven of the eight pre-entrants are Grade 1 winners and six of the eight competed at Saratoga during the summer, so two of the strongest angles aren’t very helpful in eliminating horses.

However, when you really dig into the details, Malathaat may hold a slight historical advantage. The stretch-running 4-year-old filly has won five Grade 1 races and boasts a perfect 3-for-3 record at Keeneland, so there’s a good chance she’ll start as the Breeders’ Cup Distaff favorite.

During the summer at Saratoga, Malathaat rallied to a determined victory in the Personal Ensign, counting champion Letruska and Grade 1 winners Search Results and Clairiere among her beaten rivals. She followed up with a five-length victory in the Grade 1 Juddmonte Spinster Stakes at Keeneland and should be formidable in the Breeders’ Cup Distaff, a race in which she ran third as a 3-year-old in 2021.

Speaking of 3-year-olds, Nest is another filly worth supporting in the Distaff. The leader of the 2022 sophomore fillies division enjoyed phenomenal success at Saratoga during the summer, posting runaway victories in the Grade 1 Coaching Club American Oaks and Grade 1 Alabama Stakes.

Nest has tactical speed, but is perfectly comfortable racing off the lead, so she has the right running style for success in the Distaff. She’ll also be a short price in the betting, and it will come as a surprise if Nest finishes outside of the top three. (Check out Mike Curry’s “Tale of the Tape” comparison of these two Todd Pletcher-trained fillies, both sired by two-time Horse of the Year Curlin.)

We also have to respect the chances of Clairiere. The deep-closing filly defeated Malathaat in both the Grade 1 Ogden Phipps Stakes and the Grade 2 Shuvee Stakes earlier this year, with the latter victory coming at Saratoga.

Clairiere misfired when suffering a troubled start and a cut tongue during the Personal Ensign at Saratoga, finishing in last place behind Malathaat. But as we noted earlier, a last-out victory isn’t critical for success in the Breeders’ Cup Distaff. Clairiere matches many of the historical angles we’ve outlined and should be finishing strongly down the Keeneland homestretch.