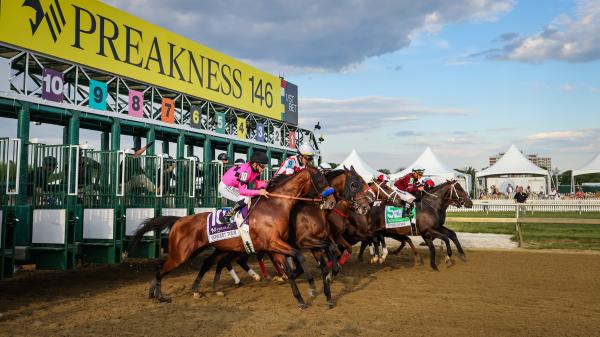 The Kentucky Derby typically is dissected from every angle, with bettors poring over tons of historical data to identify the most likely winner. In contrast, the Preakness receives considerably less attention from a “trends and angles” perspective, with the historical data instead overshadowed by a single burning question: will the Kentucky Derby winner come back to win the Preakness, setting up a shot at the Triple Crown?

But this doesn’t mean historical data is irrelevant in the Preakness. To the contrary, the 1 3/16-mile race tends to produce similar results year after year, and reviewing the recent history of the Preakness can help guide us toward logical contenders.

With this in mind — and given the connections of Kentucky Derby winner Rich Strike’s decision to skip the Preakness and target the June 11 Belmont Stakes Presented by NYRA Bets — let’s dig into the data and review five valuable tips and trends for handicapping the 2022 Preakness Stakes:

As a general rule, it’s wise to bet on horses with tactical speed. Four of the last 15 Preakness winners prevailed in gate-to-wire fashion, including Triple Crown winners American Pharoah and Justify. Six others were racing within 3 1/2 lengths of the lead after the opening half mile.

In contrast, only three horses in the last 15 years have rallied from the back half of the Preakness field to reach the winner’s circle. Those three horses were Rombauer (2021), Exaggerator (2016), and Curlin (2007), and it’s worth noting Curlin benefited from chasing the fastest Preakness pace in 15 years while the mud-loving Exaggerator caught a deceptively hot pace over a slow, sloppy track he relished.

Over the last 20 years, horses exiting the Kentucky Derby have dominated the Preakness, visiting the winner’s circle 15 times. Two others (the fillies Rachel Alexandra and Swiss Skydiver) used the Grade 1 Longines Kentucky Oaks as their springboard to glory at Pimlico.

Only three of the last 20 Preakness winner failed to prep in the Derby or Oaks. Bernardini (2006) entered off a victory in the Grade 3 Withers Stakes, Cloud Computing (2017) exited a third-place finish in the Grade 2 Wood Memorial Stakes, and Rombauer (2021) prepped with a third-place effort in the Grade 2 Toyota Blue Grass Stakes.

Throughout its history, the Preakness has been kind to favorites and short-priced runners. The race has been contested 146 times, but only four winners have ever started at higher than 15-1 odds, with Master Derby’s 23-1 surprise in 1975 standing as the record for a longshot winner.

But does this mean you should avoid betting all longshots in the Preakness? Not at all. Since 2006, we’ve seen a steadily strengthening trend of horses in the low double-digit odds range snatching surprise victories in the Preakness. Indeed, over the past 16 years, horses in the double-digit odds range such as Bernardini (12-1), Shackleford (12-1), Oxbow (15-1), Cloud Computing (13-1), Swiss Skydiver (11-1), and Rombauer (11-1) have won more editions of the Preakness (six) than favorites (five).

The takeaway? Don’t be afraid to bet longshots in the Preakness. It’s increasingly the way to play these days.

It’s rare for horses unproven against graded stakes company to win the Preakness. In fact, 22 of the last 25 Preakness winners had previously won a graded stakes, with 17 proving their worth at the Grade 1 level prior to prevailing at Pimlico.

The complexion of the prospective 2022 Preakness field took a major twist on Thursday. Rich Strike, an 80-1 upset winner of the Kentucky Derby, was expected to rank among the key players at Pimlico. But his connections have announced Rich Strike will instead skip the Preakness to target the Grade 1 Belmont Stakes Presented by NYRA Bets, the third and final leg of the Triple Crown.

With Rich Strike out of the Preakness, Kentucky Derby runner-up Epicenter will be a formidable favorite if he opts to compete in the Triple Crown’s second jewel. As we outlined right off the top, horses with tactical speed tend to have an advantage in the Preakness, which bodes well for Epicenter. The Grade 2 Twinspires.com Louisiana Derby winner has excelled with a variety of running styles, but he’s done his best work racing on or near the lead. Epicenter raced much closer to the hot Kentucky Derby pace than Rich Strike and was only beaten three-quarters of a length at the finish line, so you can argue Epicenter may have run the best race on the first Saturday in May.

Epicenter is an excellent fit for the historical profile of a Preakness winner, though there’s a good chance he’ll be favored in the betting. If you want to think outside the box with a horse offering better odds, Early Voting might be the one to support.

Early Voting has one significant chink in his historical armor: he didn’t compete in the Kentucky Derby. But the talented Chad Brown trainee has definitely proven his worth at the graded stakes level, dominating the Grade 3 Withers Stakes before finishing second by a neck in the Grade 2 Wood Memorial.

Front-running speed is Early Voting’s greatest weapon, so he figures to enjoy a favorable trip in the Preakness. And Chad Brown trained 2017 Wood Memorial third-place finisher Cloud Computing to win the Preakness after skipping the Kentucky Derby, so Brown is following a familiar path with Early Voting.

It’s unclear at the moment what price Early Voting will offer in the betting; with Rich Strike out of the race, his odds probably won’t drift into the double-digit range. But even at a smaller price, Early Voting is an appealing Preakness contender with enough speed to challenge for victory at Pimlico.