Having first been staged in 1922, and always played in the San Antonio area of Texas, the Valero Texas Open is one of the older events on the PGA Tour.

The tournament was staged at La Cantera Golf Club between 1995 and 2009 before switching to its current venue, TPC San Antonio, in 2010, and having signed up until 2028, this is going to be the host course for some time to come.

There was no event in 2020 because of the pandemic but as was the case in 2013, 2019, and last year, the Valero Texas Open is the last event before the year’s first major championship – the US Masters – next week at Augusta.

As you’d imagine with a course called the Oaks, the track winds its way through stands of oak trees although fairway widths vary and it’s not especially tight, avoiding the trees is essential.

A unique feature of the course is that all downhill holes play into the prevailing wind, while the uphill holes play downwind. TPC San Antonio is yet another track laid to Bermuda grass and the greens, which are overseeded with bentgrass and poa, usually run at around 11 on the Stimpmeter.

In usual windy conditions, this is a tough venue but the 2019 winner, Corey Conners, amassed a 20-under-par total and the course averaged only 71.24. Both were records.

Having experienced very little wind throughout the week, the course was then softened by rain overnight and after play had been delayed for two hours, the course was very receptive on Sunday. The winner made nine birdies and there were two rounds of 64 but it’s usually a grind here by the time we get to Sunday, although this year’s forecasts suggest it won’t be too blustery this week.

We’ve had 11 renewals here to date and we’re yet to witness a playoff.

The Oaks also hosted the TPC San Antonio Championship on the Korn Ferry Tour in July 2019.

Live on Sky Sports all four days, starting with Red Button coverage at 13:30 on Thursday. Full live coverage begins at 15:00.

What Will it Take to Win the Valero Texas Open?

This isn’t an easy event to get to grips with statistically.

You don’t need to be monstrous long to win here and the last five winners have ranked 23rd, 28th, 46th, 25th and fourth for Driving Distance.

The 2018 and ’19 winners, Andrew Landry and Corey Conners, both topped the Greens In Regulation stats and none of the top-five ranked any worse than sixth for that stat in 2017 but in 2016, none of the top-eight ranked any better than 10th and Spieth ranked 57th!

The second, third and fourth finishers ranked eighth, third and first for GIR but the only real constant is putting… 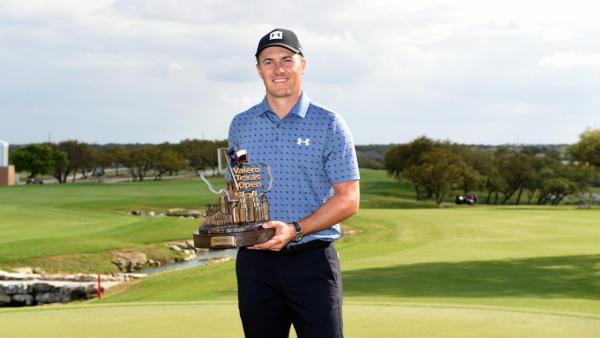 Scrambling is a key stat too. The front three last year ranked fourth, second and first and at least one placed player has ranked fourth or better for Scrambling in each of the last seven renewals, but I don’t think we can class it as absolutely critical given the winner in 2019, Conners, ranked only 70th!

Form at the Sony Open, the Puerto Rico Open and the World Wide Technology Championship at Mayakoba is well worth considering.

The last two winners, Spieth and Conners, have both finished third in the Sony Open, the 2015 winner here, Jimmy Walker, has twice won the event and the 2011 winner, Brendan Steele, has traded at odds-on in two of the last three renewals of the Sony. A number of other players have performed well at both here and Waialae Country Club – home of the Sony – and that looks like a great angle in.

No player has yet won this event and the Puerto Rico Open but I’ve noted in the past that several players with solid records in Puerto Rico have fared well here and that makes sense. Both venues are wind-affected and both have produced more than their fair share of experienced winners but the best angle in is to look at form at the World Wide Technology Championship at Mayakoba in Mexico.

It’s no surprise that form at the Mayakoba correlates nicely though as that event is also played at a wind-affected Greg Norman design course – El Camaleón.

Last week’s opposite field event, the Corales Puntacana R&C Championship, which is fairly new to the PGA Tour rota, may also be worth checking out in future years as that correlates very well with the aforementioned events.

Is There an Identikit Winner?

When I first read about the course, back in 2010, it was said to have an Aussie feel about it. The bunkers certainly have that sand belt look about them and Steven Bowditch confirmed the link when he won in 2014, saying that the course was like a lot of courses back home so it’s perhaps not surprising that we’ve had a couple of Aussies win but the locals have fared best.

Last year’s winner, Spieth, is a Texan, the 2018 winner, Andrew Landry, was born in Port Neches, Texas, and he now lives in Austin, three off the top-four were Texans that year, and 11 of the last 24 Valero Texas Open winners have been Texans. And even when they don’t win, they figure largely on the leaderboards.

Kevin Tway, Brian Gay and Ryan Palmer all finished inside the top-six and ties in 2017 and in 2016, the runner-up, Patrick Reed, is Texan and so are Palmer and Martin Piller, who both finished tied for fourth.

Spieth went off favourite 12 months ago, Scott was well-fancied in 2010, and so was Jimmy Walker in 2015. The 2017 winner, Chappell, and the 2016 winner, Charley Hoffman, both went off at around 30.029/1 but the other six course winners all went off at a triple-figure price so don’t be discouraged if you fancy an outsider and if he’s a Texan then that’s all the better.

Conners was matched at a high of 420.0419/1 when he first entered the market after Monday qualifying three years ago and he was generally a 260.0259/1 chance. He was only the fifth Monday qualifier to win on the PGA Tour since 1980.

The three winners before Spieth were all winning their first event on the PGA Tour but experience has often counted for plenty here.

The Lone Star State is notoriously windy so an ability to play well in breezy conditions is usually essential and we’ve seen some huge draw biases in the past, although at this early stage, looking at the forecasts, I’m not sure we’ll see one this time around.

In the 11 renewals here to date, nine winners have been inside the first three places at halfway and seven of the 11 have been leading after three rounds.

The front nine is harder than the back-nine and the finish to the course offers up a few chances to score. The par five 14th was the easiest hole again last year, for the sixth time in seven years, and the drivable par four 17th ranked the second easiest. The par five 18th tends to vary from year to year depending on how they set it up. It averaged over-par in 2018 and ranked as the 11th easiest but in both 2015 and 2017 it was the third easiest on the course and it was the fourth easiest in 2019 and again last year – averaging 4.86.

Rory McIlroy heads the market as he returns to San Antonio for just the second time, having finished second in the 2013 edition.

On that occasion, Martin Laird finished with a wet sail to collar McIlroy but it was a very encouraging debut and fine performance given he only ranked 63rd for Strokes Gained Putting for the week.

Like all the big names, Rory will have his eyes firmly on next week’s prizebut he arrives fresh having missed last week’s Matchplay and he has a favourite’s chance.

The defending champ, Jordan Spieth, is next up in the betting and with course form figures reading 41-MC-10-2-30-1, he clearly enjoys the track, but he wasn’t in great shape in the Matchplay last week, he’s never successfully defended a title, and he hasn’t won anywhere since he took this title 12 months ago.

There’s been money for the 2019 winner, Corey Conners, after he reached the last four in the Matchplay last week but he’s not the easiest to get across the line and he looks short enough given his win here three years ago is still his only PGA Tour title.

The defending US Masters champion, Hideki Matsuyama, has elected to tee it up here again this year and that makes perfect sense given last year’s Texas warm-up worked out rather nicely.

He was playing TPC San Antonio for the first time 12 months ago and he took to the place immediately, firing a five-under-par 67 that saw him sitting tied for fourth after round one. Rounds of 74, 73 and 71 followed to see him slip to 30th and off the Augusta radar for many punters and I suspect we might see a similar sort of performance this time around with his focus surely on defending next week.

It’s seven years since Chris Kirk won the last of his four PGA Tour titles but if the 36-year-old is to notch a fifth it could well be this week. 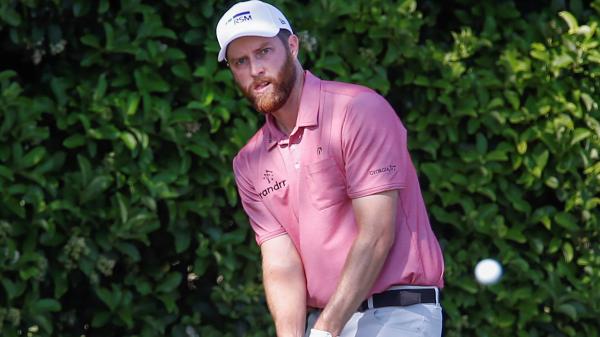 Kirk missed the cut last time out at the Players Championship, but he was in red-hot form before that, finishing seventh at the Honda Classic and fifth in the Arnold Palmer where he putted very nicely in both.

I’ll have a few selections for the Find Me a 100 Winner column tomorrow but my only other selection at this stage is last year’s eye-catcher, Patton Kizzire.

A winner at both the Sony Open in Hawaii and the World Wide Technology Championship at Mayakoba, staged at courses that both correlate nicely with TPC San Antonio, Kizzire started last year’s tournament slowly and he needed to birdie three of his last five holes on Thursday to post a one-under-par 71.

In Friday’s windy conditions he could only muster a two-over-par 74 and Saturday’s 70 was a frustrating round given he bogeyed two of the par fives but he really got on a roll in round four, firing the best round of the day – a seven-under-par 65 to finish tied for ninth – so it looks like the venue suits him nicely.