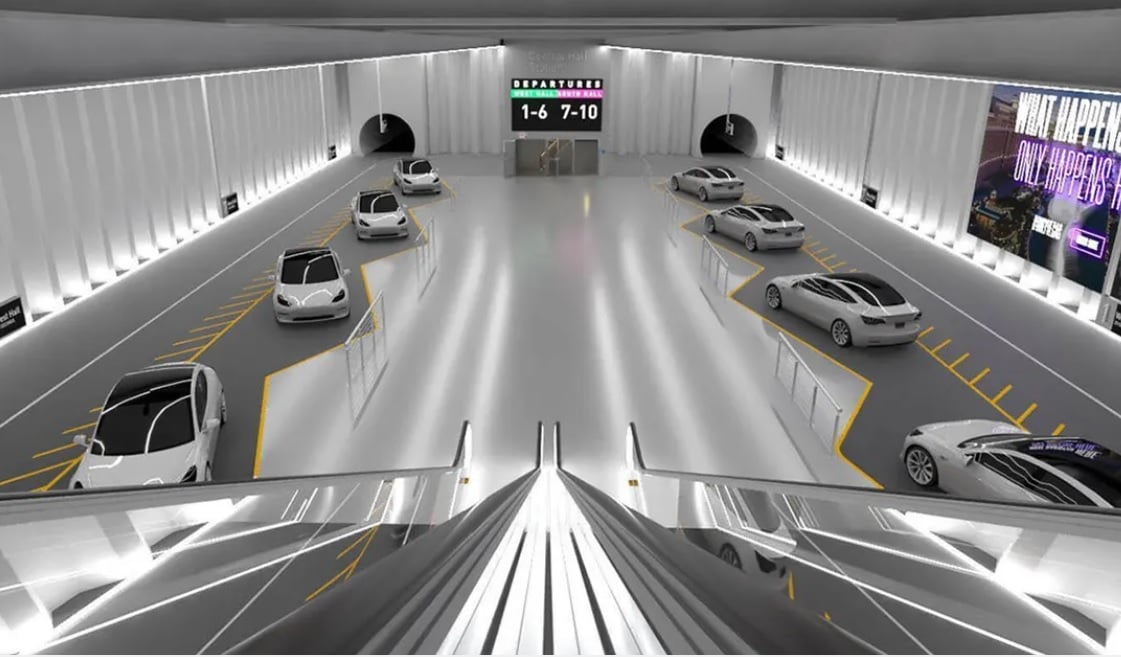 It’s full-bore ahead for Elon Musk’s Boring Co. According to a new update from the Las Vegas Review-Journal, the Vegas Loop is on track to whoosh passengers underneath the Las Vegas Strip — in a fleet of high-capacity, self-driving Teslas — sometime in 2023.

Earlier this month, Elon Musk’s tunnel-digging company opened the first of 55 stations for its underground people mover at nearby Resorts World. Set to make round trips to and from the Las Vegas Convention Center, the Vegas Loop will eventually reach downtown.

Though Musk tweeted that he expected a fully operational tunnel by the end of this year, Steve Hill, president and CEO of the Las Vegas Convention and Visitors Authority, told the R-J it will probably be more like next year.

“I don’t think we’ll be fully autonomous by the end of this calendar year. But we think we’re in a position to start testing autonomy relatively soon,” Hill said.

One vehicle at a time will be switched to autonomous operations, with safety drivers remaining in place until the Teslas are proven, beyond all doubt, to operate safely on their own.

A dozen passengers at a time

When Boring first introduced its system a few years ago, renderings showed Teslas ferrying up to 12 people each. The pandemic caused execs to ditch the higher capacity as a safety precaution, but they are expected to be rolled out eventually.

Next up are stations for Allegiant Stadium and the South Strip, the Caesars Loop near Flamingo, and a Westgate extension.