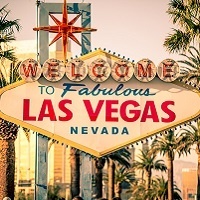 The economic recovery from the Covid pandemic continues for Las Vegas Strip casinos. The Nevada Gaming Control Board has reported March was the 3rd highest monthly gambling revenue ever recorded for resorts up and down the Boulevard, while the state reached it’s 2nd highest revenue figured of all time. Strip casinos hauled in over $745 million, which was up nearly 50% from the same time last year.  As a whole, the state brought in $1.35 billion in revenue, second only to the $1.59 billion earned in July of 2021.

All of this began back in March of 2021 when Nevada reached the billion-dollar mark in monthly revenue. Since that time, the state has been able to generate over $1 billion in revenue every month, with the latest figures marking the 13th consecutive month. The first quarter of this year, in fact, has seen gaming revenues Las Vegas Strip casinos up well over 60%. During that time those casinos made nearly $7 billion, while the state as a whole took in nearly $13.5 billion. And one reason for all the profits is slot machine players.

With about $12 billion bet through slot machines in March, the state was able to make over $900 million from them. Not only is that an all time record, but it’s a 16% increase year-on-year. As you may suspect, much of that profit came from players at Las Vegas Strip casinos, which accounted for over $750 million of that number. Fremont Street casinos contributed another $60 million, and the rest of the state filled in the rest.

Despite the excitement of March Madness, sports betting actually fell in the state. In fact, Nevada as a whole was only able to generate about $37 million from the activity from $860 million in bets. However, it is worth noting that about two-thirds of all sports wagers were made via mobile apps.