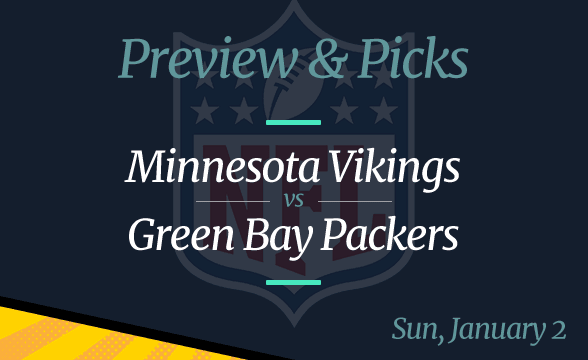 The Minnesota Vikings (7-8) still have a chance to get to the playoffs but for that to happen, they need to beat their NFC North rivals, the Green Bay Packers, in Week 17. The Packers are 12-3 on the season and are on a four-game win streak, the fact that makes them a huge betting favorite in Sunday’s game.

However, the Packers have already secured the divisional title, meaning that they can relax in the remainder of the season. Is that something the Vikings could take advantage of?

All odds are per FanDuel as of December 28.

The good news for the Vikings is that they’re still in the competition for a Wild Card berth. Ahead of Week 17, they’re in the #8 position in the NFC Standings, which isn’t good enough for the postseason. However, if they win their remaining two games, it’s very likely they’ll get to the playoffs.

Beating the Chicago Bears in the final round of the regular season shouldn’t be much of a problem. However, beating the Packers at Lambeau Field could be a challenge. The reason isn’t just that the Packers have been superb in 2021; it’s also because the Vikings are having some serious issues with COVID.

Running back Dalvin Cook has been placed on the COVID list, together with offensive lineman Olisaemeka Udoh, left tackle Rashod Hill and reserve quarterback Sean Mannion.

Green Bay Focused on the Playoffs

The Packers have finished their job in the regular season and can focus on the postseason. The most important thing to ensure at this point is that their key men stay injury-free. This is why we could see some of their starters getting only a limited time on Sunday.

Plus, those that get to play against Minnesota probably aren’t going to be too willing to risk any injuries. That said, we will probably see the Packers performing at the same level as they did the last weekend.

As a reminder, in Week 16, Green Bay beat Cleveland 24-22, with Aaron Rodgers throwing for three touchdowns. It’s very possible that he’s going to do something similar next weekend. The question is whether the Vikings can do even better?

They surely have the motivation to win, but their players just aren’t as good as those playing for Green Bay. Still, even if they don’t win, the Vikings probably aren’t going to suffer a blowout loss.

Picks: Green Bay Packers to win but not cover the spread; under should hit