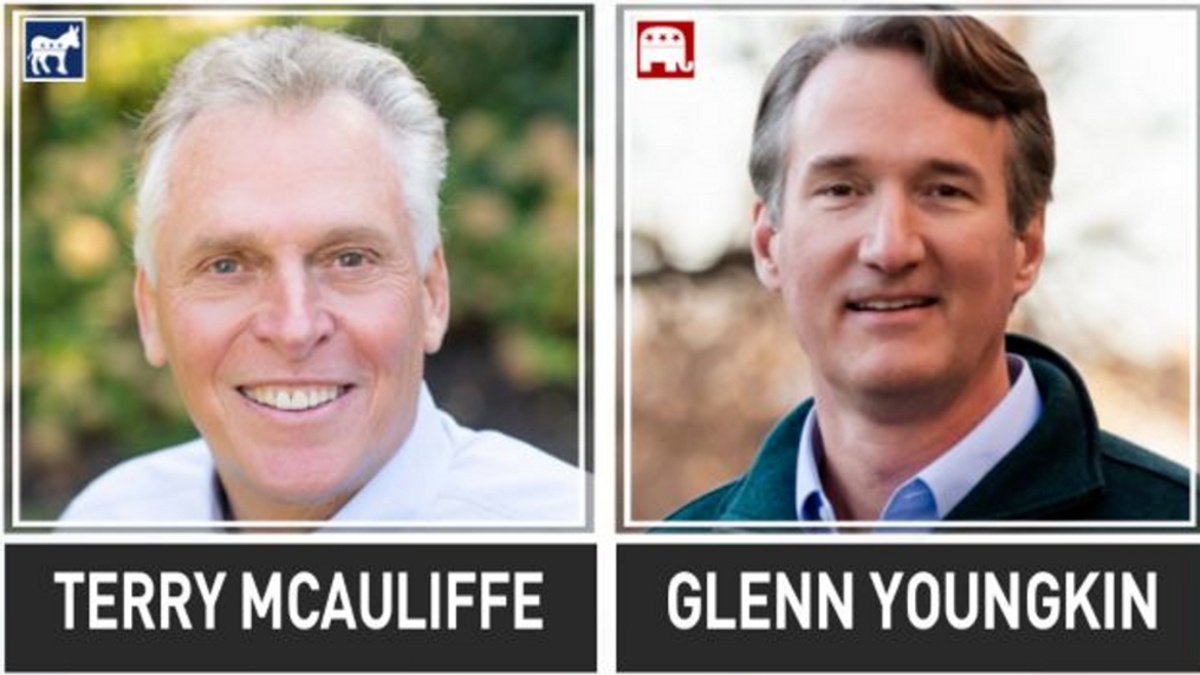 With 48 hours to go before Virginia voters elect their next governor, the latest polling shows former Gov. Terry McAuliffe (D) and businessman Glenn Youngkin (R) in a dead heat. Political bettors aren’t sure who will give a victory speech and who will call the other in concession.

Former Virginia Gov. Terry McAuliffe and businessman Glenn Youngkin both appear to have a solid chance of becoming the state’s next governor. Polls and betting markets have the race razor-thin ahead of the November 2 Election Day. (Image: WSET)

The most recent polling average compiled by Real Clear Politics has Youngkin with an 0.6-point advantage, far within the margin of error. A Fox News poll conducted last week has the former Carlyle Group executive with an eight-point lead, while a Washington Post survey has McAuliffe one point ahead.

The political betting exchange PredictIt has Youngkin with a slight edge. His shares of winning Virginia’s gubernatorial election are trading at 53 cents. UK bookmakers offering odds on the contest have McAuliffe ahead at 4/6 (implied odds of 60 percent) to Youngkin at 1/1.

PredictIt is a rarity in the United States, in that it allows players to place financial wagers on the outcome of political events. No sportsbook can legally do so. The US federal government allows PredictIt to facilitate political betting in the name of research.

Bettors who scoop Youngkin shares at 53 cents will net 47 cents per share purchased if the Republican turns the Virginia Executive Mansion blue.

Krishnamurty points to the 2017 election, in which then-candidate Northam held a 3.3 percent polling lead, but went on to win by nearly nine percent.

When it comes to the governor, Virginia has recently been much more a blue than a purple or red state. Four of the last five governors have been Democrats.

Krishnamurty’s PredictIt picks for the November 2 Virginia gubernatorial election are buying McAuliffe to win, as well as buying the Democrat to win by five percent or more.

Political bettors a week ago had McAuliffe with a substantial advantage. On October 24, the former governor’s 2021 gubernatorial victory shares were trading as high as 70 cents. Youngkin was at just 34 cents.

The late momentum seems to be with the Republican. But each party’s bigwigs are out in full force in the closing hours promoting their candidate. The outcome, some believe, will show where the country stands post-President Donald Trump.

Democrats in Virginia are scrambling to stave off disaster in the state’s governor’s race — the most competitive major election since Trump left the White House. The surprisingly tight contest has exposed the depth of the party’s dependence on Trump as a message and motivator. Without him top of mind for many, and with headwinds from Washington, Democratic officials privately fear they may lose their first statewide election in Virginia in more than a decade on Tuesday,” Steve Peoples and Sarah Rankin wrote today in the Associated Press.

The former president has endorsed and campaigned for Youngkin, while current President Joe Biden has done so for McAuliffe. While Tuesday’s outcome will most affect Virginians, the governor’s race could set the tone for the 2022 midterms, and perhaps the 2024 presidential election.