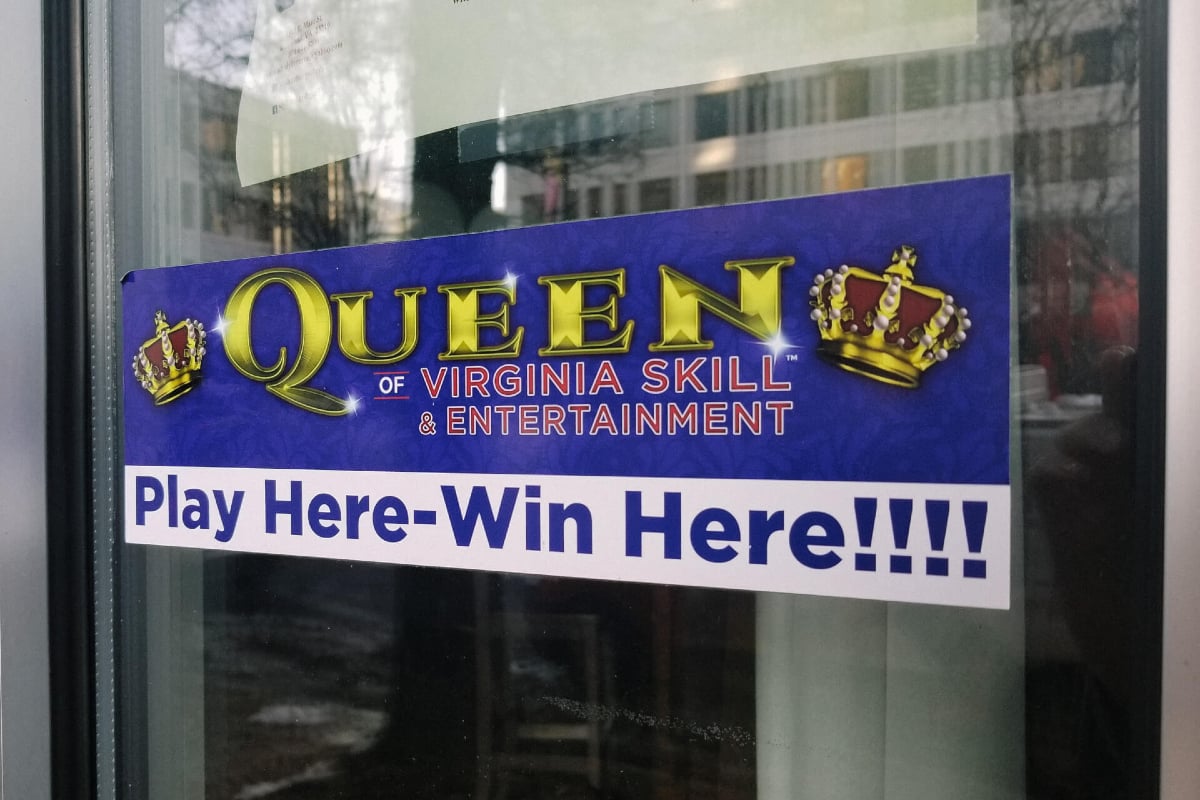 Virginia Skill Gaming Dilemma to Be Remedied in 2022, Lawmaker Hopes

Virginia skill gaming terminals continue to operate around the commonwealth, despite the vast legal uncertainty surrounding the controversial machines.

A restaurant in Richmond, Va., advertises its Virginia skill gaming machines. The devices are operating once again in the commonwealth following a controversial circuit court ruling in Greensville. (Image: Virginia Mercury)

In a rather unique move, Virginia legalized skill gaming devices during the height of COVID-19 in order to help small businesses offset some of their pandemic-related revenue losses. The slot-like gaming apparatuses require players to identify a winning payline.

The Virginia skill gaming confusion stems from an ongoing lawsuit. That action is challenging the legality of whether state politicians have such power under the US Constitution to ban something that is otherwise widely legal.

Attorneys representing Sadler argued that the games are not unlike typical arcade games. They said the physical interaction of the player and machine, paired with the skill component, qualifies the entertainment machines for First Amendment protection.

The plaintiffs say the state government is overstepping its authority in banning the machines. State attorneys say the issue isn’t the skill component, but the cash rewards that are dispensed.

This isn’t about civil rights,” countered Virginia Assistant Attorney General Erin McNeil. “This is about profit. You can have video games where you want, but you can’t offer cash prizes.”

The state is appealing Lerner’s decision to the Virginia Supreme Court.

Virginia repealed the skill gaming authorization as four land-based commercial casinos begin construction. Norfolk, Portsmouth, Danville, and Bristol all met certain economic hardships to allow voters to decide whether to use a gaming project to help revitalize their regions.

These court rulings demonstrate a need for the legislature to fix the problems that it alone created,” Stanley declared.

Prior to the July 1 ban on skill gaming, the machines were regulated by the state Department of Alcohol and Beverage Control (ABC). The ABC was tasked with collecting fees on the terminals, which generated more than $130 million for the state during their legal run.

The 2021 ban removed skill gaming regulatory duties from the ABC. This month’s court-ordered injunction allows skill gaming to resume, as the state has no regulatory powers.

“The circuit court’s injunction has resulted in immediate and complete deregulation from the bench,” Virginia Deputy Solicitor General A. Anne Lloyd wrote in the state’s petition to the high court.