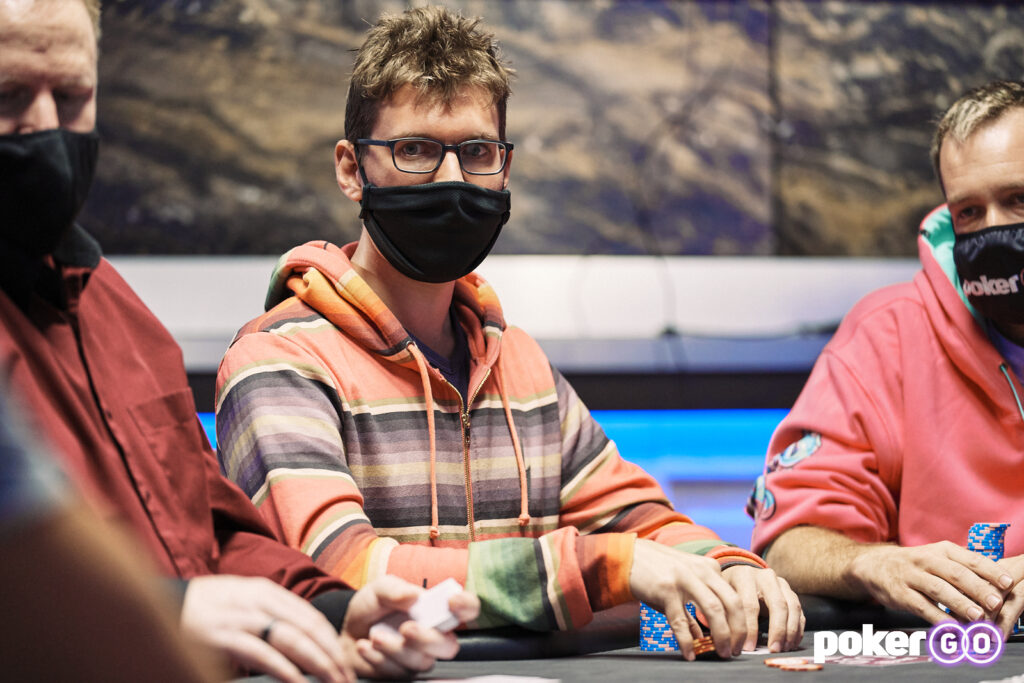 With 2021 quickly drawing to a close, some of poker’s best and brightest are seeing out the year in style. With a final flurry of events taking place both online and offline, familiar names like Samuel Vousden and Andrew Lichtenberger are showing that while form is temporary, skill often prevails in the long run. To see which other pros made are enjoying some holiday cheer, read on for CardsChat’s Big Winners of the Week ending Dec. 19.

Lichtenberger has come a long way since the early days of online poker where he honed his craft under the screen name LuckyChewy. The New York native was one of 54 players who entered last week’s $25,000 Bellagio High Roller. Part of the WPT Five Diamond World Poker Classic, the event attracted many of poker’s top names, including Jeremy Ausmus and Elio Fox, both of whom made Tuesday’s final table. In the end, Lichtenberger proved too tough on the day, picking up his third victory and eighth cash on the PokerGo Tour. 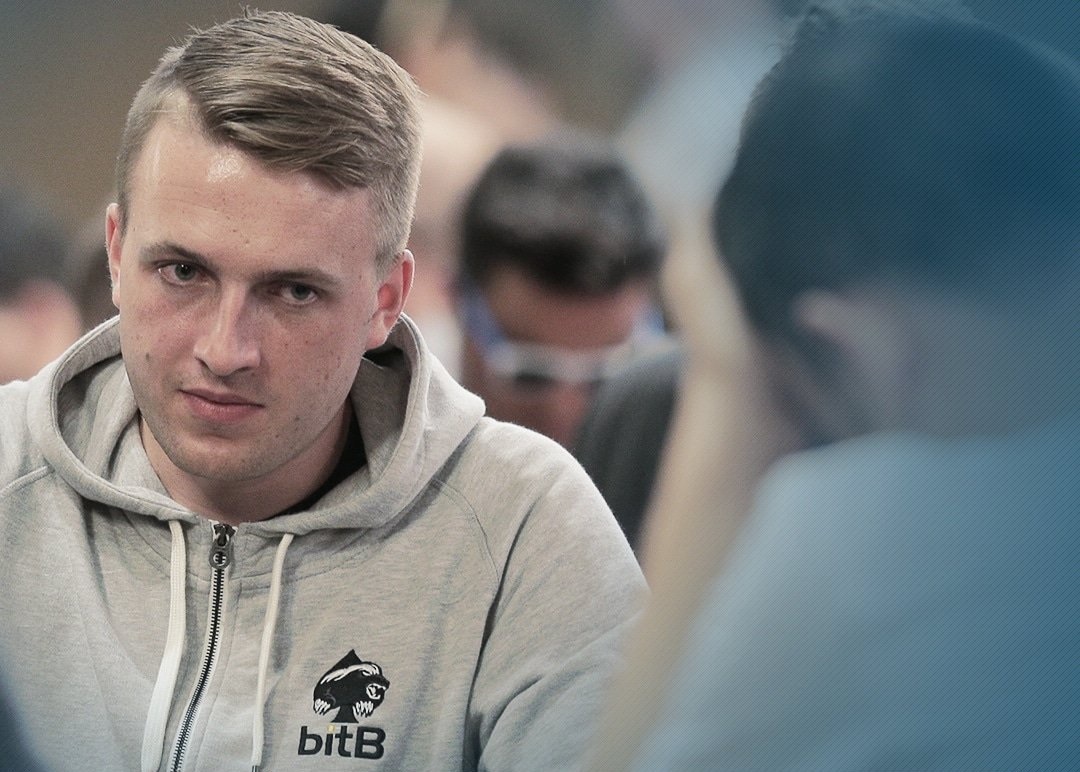 Vousden showed why he’s ranked among the 60 biggest online winners of all time last week by winning not one, but two, EPT events on PokerStars. The Finnish pro and co-founder of coaching site BitB first popped up on Monday in the $10,300 Sunday Super High Roller. Although he had to re-enter the event to get the job done, the investment paid off as he topped a field of 122 entrants to win $267,406. Never one to rest on his laurels, Vousden was back in the mix on Friday in the $5,200 8-Max Super High Roller. This time he had to defeat a field of 100 entrants to claim his second EPT Online title of the week and another $115,217. 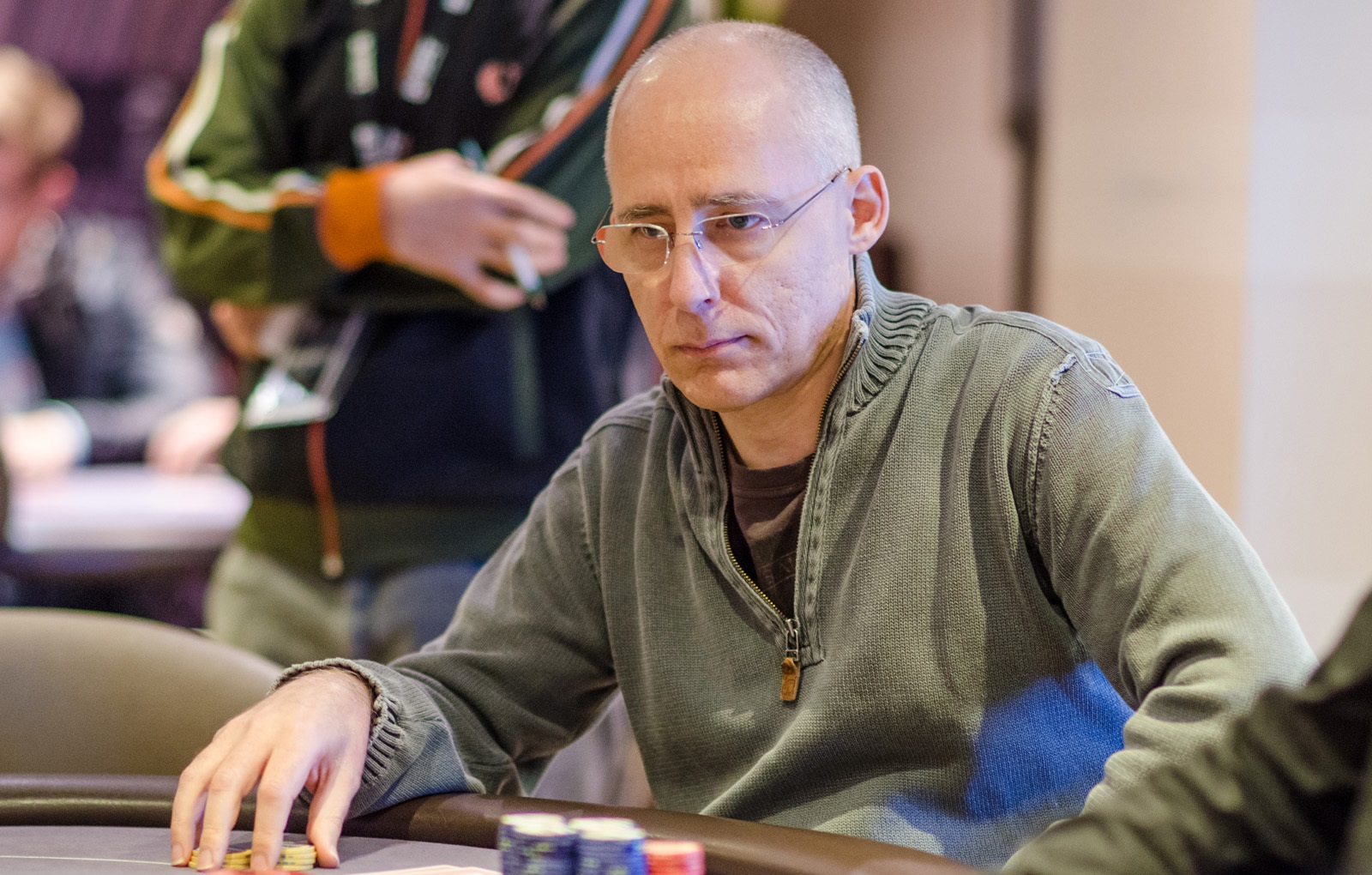 Shakerchi might be an investor by trade, but he certainly knows his way around a poker table. The British businessman has more than $7.2 million in live cashes, and almost as much in online earnings under the screen name Raidalot. On Wednesday, he added another $200,000+ to his running total by winning the $10,300 Progressive KO event. Taking out the likes of Samuel Vousden and Mike Watson on the final table earned Shakerchi $131,562 in bounties to go along with his $81,432 prize money. That performance earned him a new title to go along with the EPT, PCA, and SCOOP trophies he’s collected over the years. 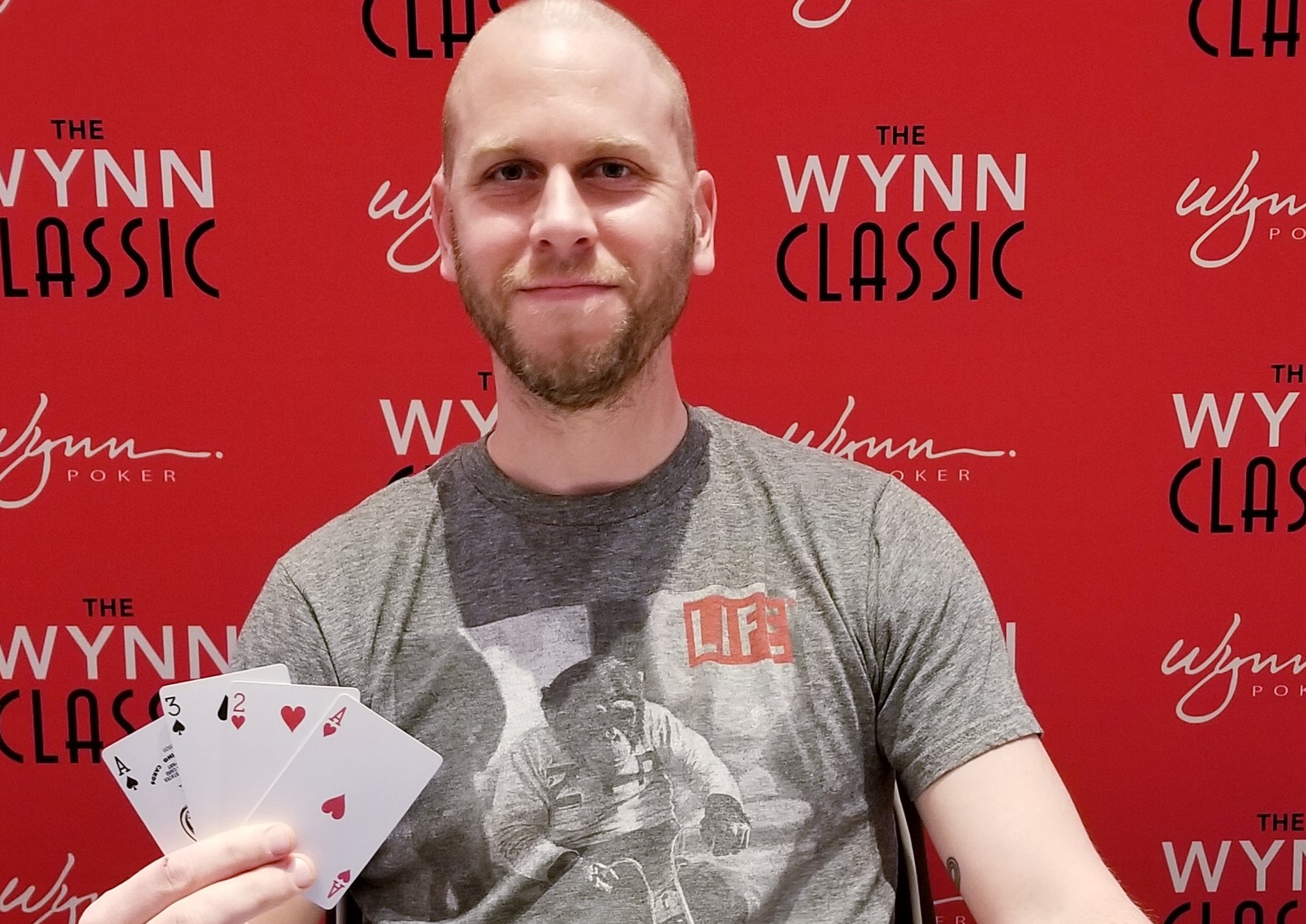 Madsen might have four WSOP bracelets and two WPT titles to his name, but he’s not averse to sitting down in low-stakes live events every once in a while (although he is averse to COVID vaccines, as evidenced on Twitter). The American pro showed he’s not just a Texas Hold’em expert last week by taking down the Wynn’s $400 Omaha 8 or Better event. Madsen topped the 103-player field to add another title and four-figure score to his résumé. 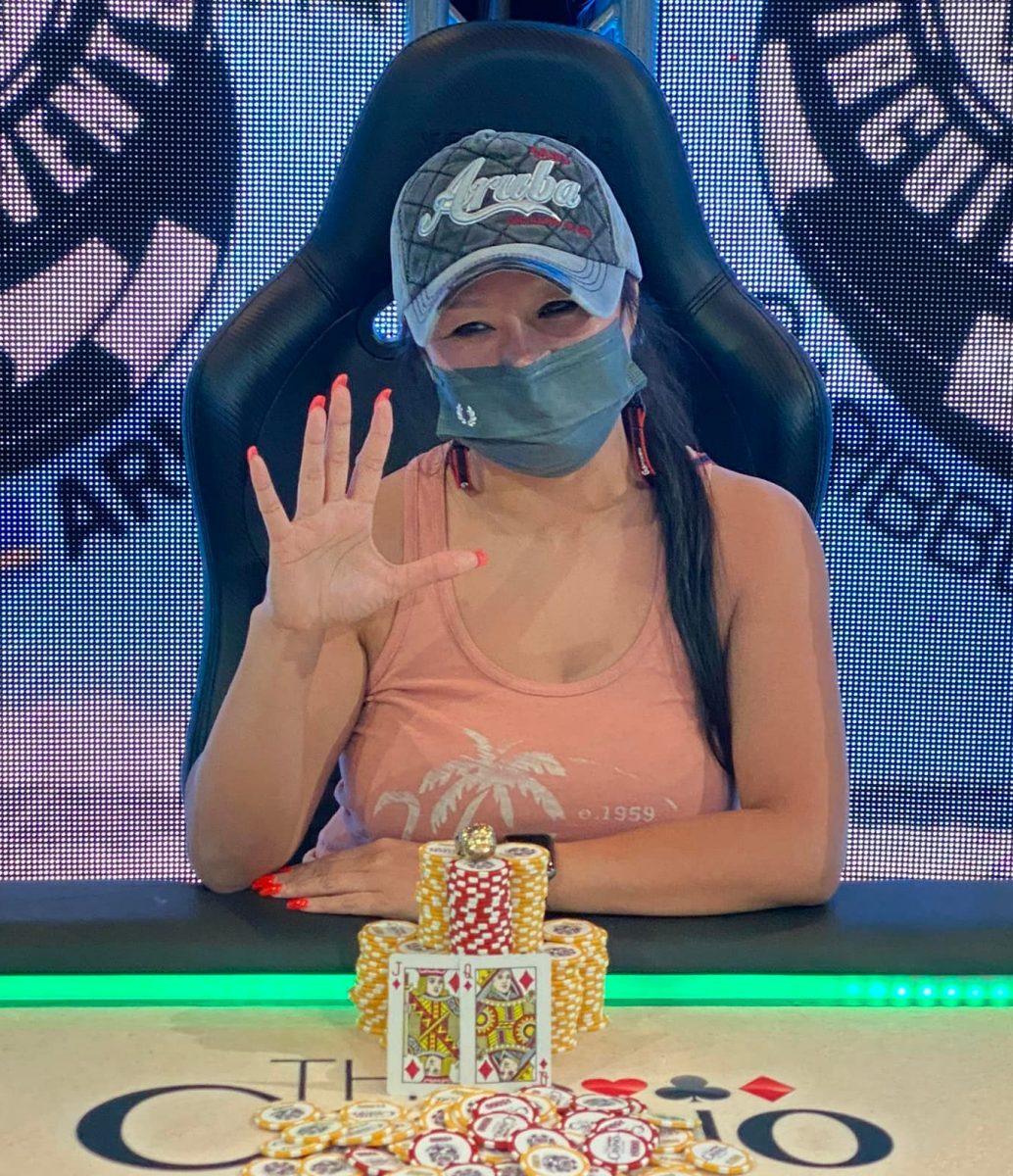 Early buzz was that no one showed up at the WSOP Circuit event in Aruba. Not entirely true. But a small turnout in a late addition event didn’t stop Sengphet, the first woman to win three gold rings, from booking her fifth WSOPC victory. It took her only one $200 bullet to finish 1st among 51 entries. The win came with a rather amazing comeback, too — after she finished the first orbit with only 500 chips, down from a 10,000 starting stack. Sengphet earned a bigger payout ($3,880) for finishing 13th a couple days later in the $1,700 main event. But perhaps more important, with this ring she earned a seat in the 2022 WSOP Tournament of Champions, a million-dollar freeroll for all ring and bracelet winners. 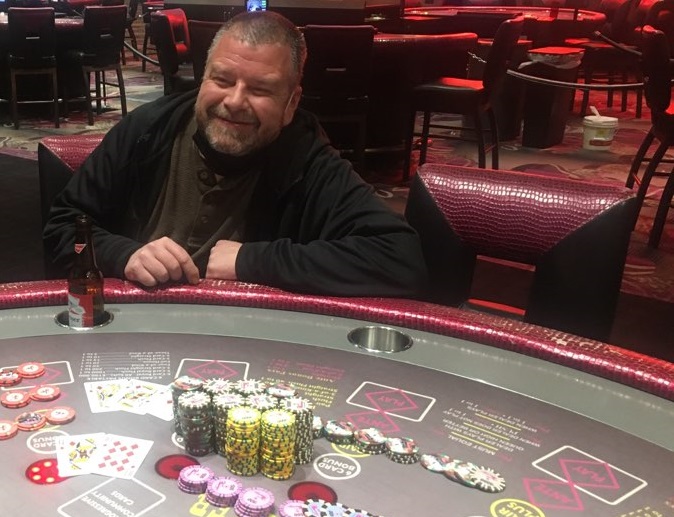 CardsChat’s Big Winners is all about highlighting success at all levels of the game. However, there are times when a result outside the norm is just too big to ignore. Scott B’s recent win was one such result. He was playing 3-card poker at the Flamingo (which recently closed its poker room) on Thursday and decided to make a bonus bet. That turned out to be the best bet he’s ever made after his J♦ K♦ A♦ combined with the Q♦ and T♦ on the board to make a royal flush. That triggered the Flamingo’s Mega Jackpot and a payout worth almost $1 million.