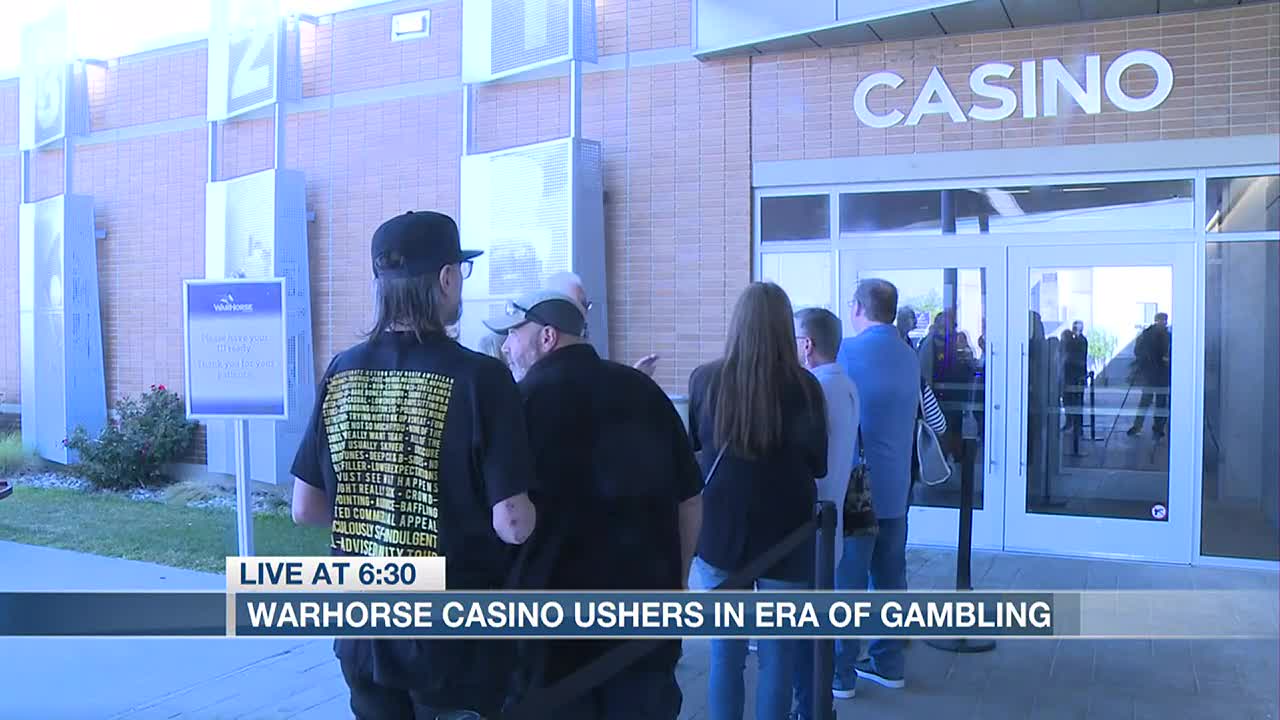 A 37-year-old woman was arrested last week after she allegedly made several illicit cash advances at Nebraska’s WarHorse Casino Lincoln.

Visitors line up for the opening of Nebraska’s WarHorse Casino Lincoln in September. A woman was arrested recently for passing stolen cashed checks at the new casino. (Image: WOWT)

Some of the money was spent gambling. Other funds were given to a man who accompanied her to the casino.

She used an ID belonging to a Texas woman to get into the casino. The checks she cashed were stolen from a 58-year-old Lincoln man, authorities said.

On November 22 and 24, Helmstadter again tried to cash stolen checks, but she failed each time, police said.

When apprehended by police, she still had the ID, police said. She was wearing clothes and was carrying a purse that matched what the suspect had at the casino, police added. There was surveillance video of the clothes and purse.

Helmstadter is scheduled to appear in local court next month. She apparently posted $20,000 bond and was released from custody.

WarHorse Casino Lincoln initially opened a temporary space in September. It is the first legal casino in the state.

Eventually, WarHorse Gaming will spend more than $200 million to transform the Lincoln Race Course into a permanent site for WarHorse Casino Lincoln.

The permanent site is expected to be complete in late 2024. That gaming property will have about 1,300 slot machine and table games. There will be a sportsbook, too. Also, a hotel, as well as a convention and meeting space will be built. So too will be many restaurants.

WarHorse Gaming recently broke ground on its Omaha project. It will spend more than $300 million to completely renovate Horsemen’s Park into WarHorse Casino Omaha. It will open its first phase with 800 slot machines in August. Eventually, there will be 1,200 slots, table games, and a sportsbook at the Omaha site.

In another recent incident, Helmstadter also allegedly tried to cash an illicit check at Lincoln’s Cornhusker Bank. It was made out for $2,500.

It was on an account belonging to Lincoln’s Belmont Carpet Service.

The check was made out to the name appearing on the ID belonging to the Texas woman.

When given the check, a bank employee contacted Belmont Carpet Service. It turned out they did not write the check, police said. So, the bank did not cash it.