Online poker tournament grinders are spoiled for choice this weekend with massive, value-packed events seemingly running everywhere. You can obviously make your own minds up when it comes to choosing which games to play, but PokerNews has a handful of suggestions for you to ponder over, some of which are not to be missed. 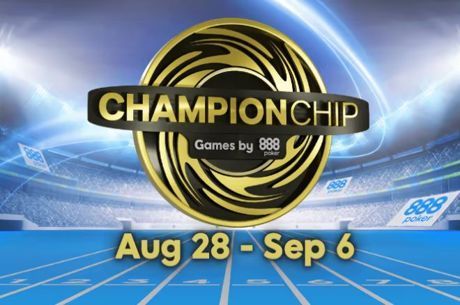 The 888poker ChampionChip Games Main Event caps off a fantastic low-stakes poker tournament festival and does so in spectacular style. 888poker is guaranteeing it will pay at least $200,000 for only a $60 buy-in, even less if you satellite in from a mere $1 or even for free via the regular freerolls.

The first three flights shuffled up and dealt on August 31 and saw 835 players reduced to a more manageable 136. At time of writing, Ukraine’s “batonlviv” is the player to catch, having turned their 10,000-starting stack into a tournament-leading 284,080 by the time their flight concluded.

Each of the remaining Day 1s concludes when only 14% of the field remains or the end of the 18th level is reached. Have even a single chip in front of you at that stage, and you progress to Day 2 at 7:00 p.m. BST on September 5. Day 2 players bag up once the nine-handed final table is reached, with those nine finalists battling it out on September 6 under the watchful eyes of the 888poker Twitch team.

The World Series of Poker Online at GGPoker 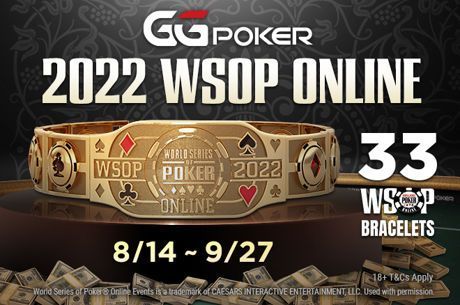 If it is Main Events that you love playing in, you simply have to find a way to get involved with the WSOP Online Main Event at GGPoker this weekend, not least because it has a whopping $20 million guaranteed prize pool for its $5,000 buy-in.

Day 1A took place on August 28 and saw 436 players enter the mix and 61 of those punched their Day 2 tickets. Mexico-based Leonard “Sheogorath” Mendes bagged up 1,403,424 chips at the close of play, more than anyone else. Recent GGPoker Super MILLION$ champion David Yan (1,342,807) currently occupies second place, with Alexandru “Lexandru” Baron of Canada (1,167,349) the only other player with a seven-figure stack thus far.

Seven Day 1s remain, with Day 1B scheduled for 7:30 p.m. BST on September 4. Buy in direct or win your way into the WSOP Online Main Event at GGPoker from as little as $5 to receive 60,000 chips and a dream. Play on each Day 1 concludes after the completion of the 15th level, with those survivors progressing to Day 2 on September 26.

You can play in as many Day 1s as you wish, but only your largest stack goes through to Day 2 if you navigate your way through more than once.

It is not only the WSOP Online Main Event that has the poker community tingling with excitement because there are several other gold bracelet-awarding events running over the weekend, too.

Qualify for the GGPoker WSOP Online Main Event for Just $5! 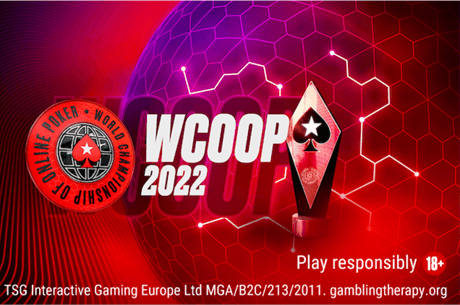 The first of 104 numbered events on the bust PokerStars World Championship Of Online Poker (WCOOP) gets underway from September 4. The $85 million guaranteed festival kicks off with the aplty-named WCOOP Kickoff events, which come with $5.50, $55, and $530 buy-ins and guaranteed prize pools tipping the scales at $50,000, $200,000, and $350,000 respectively. 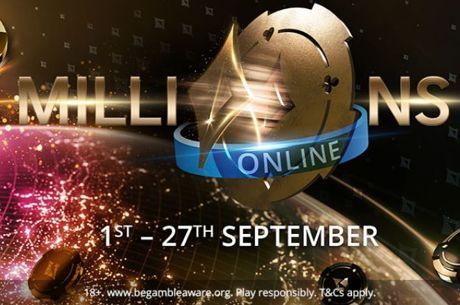 PartyPoker’s MILLIONS Online kicked off on September 1 with a handful of events, but it is the Main Event at 7:05 p.m. BST on September 4 that has caught PokerNews’ eye. The MILLIONS Online Main Event is a $3,200 buy-in $2 million guaranteed tournament that is sure to attract some of the best poker players in the business. However, the fact it is possible to win your way into it from only $0.01 means the field should have more than its fair share of amateur players, too.

Day 1A could be the flight of choice for many not least because hundreds of high-stakes grinders are out of the country playing at the inaugural Mediterranean Poker Party in North Cyprus, meaning this flight should be less infested with sharks!

Buy into the MILLIONS Online Main Event for $3,200 or win your way in via the many satellites from only $0.01 and you receive 1 million chips, and play to a 20-minute clock where the blinds start at 2,500/5,000/625a. Play on each Day 1 ends when only 15% of the field remains, and there is only a single re-entry permitted during the late registration period, which ends upon the completion of the 12th level.

Don’t worry if Day 1B does not go to plan because there are additional Day 1s on September 18, and September 25, plus a brace of them on September 26. Here’s hoping you won’t need to enter those after making a lightning-quick start on Day 1A on September 4.