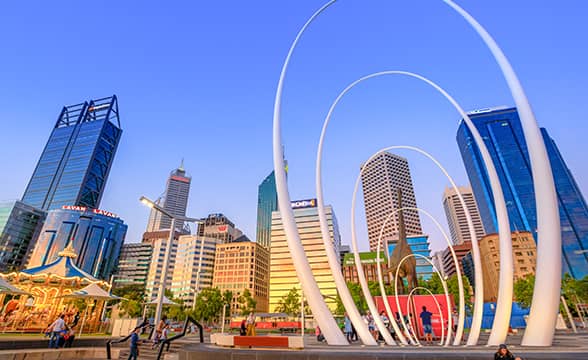 The Blackstone Group, a US-based private equity company, is on the way to acquiring Crown Resorts, an Australian casino business. As per the agreement, the former firm will acquire the operator for a total of around $6.5 billion. The deal was approved by Crown’s shareholders and has now been approved by Australia’s regulators as well.

The Australian state of Western Australia is the latest to greenlight Blackstone’s acquisition of Crown Resorts. Despite approving the deal, the state regulator warned Blackstone that it will be up against tough regulatory headwinds.

To elaborate, Crown’s business was recently subjected to a multi-state inquiry after failing to uphold Australia’s standards when it comes to money-laundering and crime prevention. Crown was reprimanded for not playing by the rules, which caused it to introduce major changes to its leadership.

Western Australia’s authorities said that they will be extra vigilant when it comes to evaluating Crown’s business. The regulator emphasized that it will carefully check whether Crown prevents money laundering and upholds safer gaming standards. Furthermore, non-interference requirements will prevent Blackstone’s investors from directly influencing Crown Perth’s operators. In addition, the equity firm will not be allowed to change the operator’s corporate structure and funding arrangements without approval from the authorities.

Tony Buti, Minister of Racing and Gaming, confirmed that Blackstone will be required to be extra careful. He also said that the State Government has introduced significant improvements to the regulatory regime, following Crown’s inquiry. Buti promised that everyone who owns or runs a casino in Perth will be held to account.

The conditions on Blackstone, combined with upcoming reforms, will ensure appropriate standards are upheld at Perth’s Casino.

Lanie Chopping, chairwoman of the Gaming and Wagering Commission, also said that Blackstone should prepare for an extensive probity assessment by the regulator.

The Gaming and Wagering Commission’s probity approval has been granted subject to a number of conditions designed to ensure that the Commission has oversight and the capacity to monitor any change in licensee management or ownership.

A few days ago, Blackstone’s takeover of Crown was approved by the governments of Victoria and New South Wales. Now that it has secured approval in Western Australia as well, the equity firm is closer to acquiring Crown than ever before. The fate of the deal will be decided by the Federal Court of Australia.