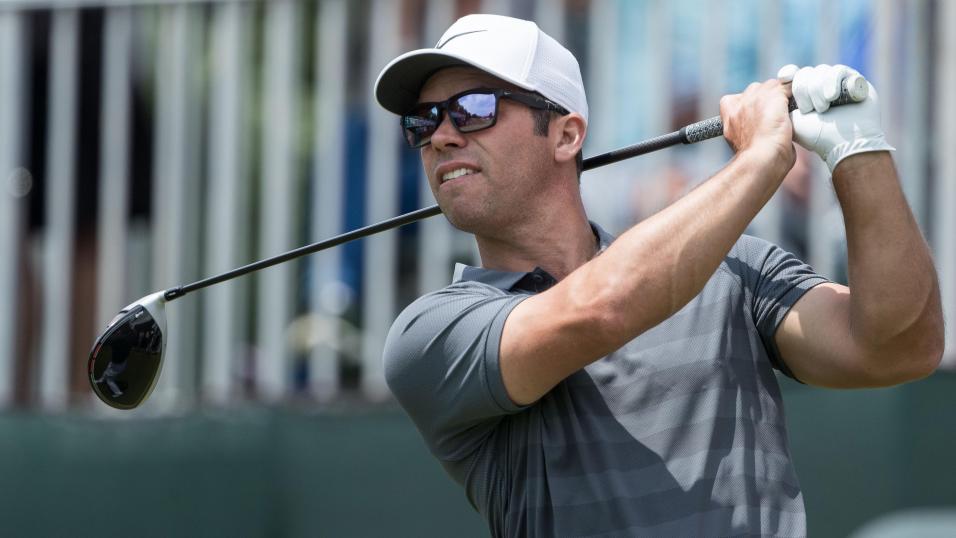 After a couple of years at the La Costa Resort and Spa in Carlsford, California, the event went Down Under in 2001 but few of the game’s star names could be bothered to travel that far so the globe-trotting notion was abandoned after just one edition, and it’s been held in the States ever since.

The event moved around the States before it switched to the Austin Country Club in Texas in 2016 and we return there this year for a fifth time having missed the 2020 renewal because of the pandemic.

In addition to all the different venues, the tournament has also had several format changes and more than a few sponsors.

First, we had the failed attempt to travel the globe and in recent years there were constant murmurings that the majority of players didn’t like the old venue – Dove Mountain – but the biggest problem has been sponsorship.

The old straight knockout format saw many a star name on their way home after just one day and that’s not ideal for the players or the sponsors so something had to change. I used to quite enjoy the first round, with 32 matches creating all sorts of shocks, but I did tend to lose interest as the event progressed and I can see why it changed in 2015.

We now have 16 groups of four so everyone gets to play at least three ties – provided there aren’t any withdrawals. Players and sponsors are both happier and it should safeguard the tournament for many years to come. Dell Technologies, who began sponsoring the event six years ago, signed up again before the 2019 renewal, so the decision to change from a straight knockout to a group format has already been vindicated.

The tournament is supposed to be for the top-64 in the world rankings but with the tournament positioned so close to the US Masters, there are always a couple of players at least that give it a miss and the last two winners on the PGA Tour, Sam Burns and Cam Smith, along with Rory McIlroy, Hideki Matsuyama, Harris English and Phil Mickelson are all swerving the event.

The top-16 ranked players are all seeded and have been kept apart in 16 groups. Over the first three days, starting on Wednesday, each player in each group plays each other to determine who progresses. Group games can be drawn and they won’t go beyond 18 holes. In the event of a tie, both players will be awarded ½ point.

The player with the best record in each of the 16 four-player groups advances to the Round of 16 for single-elimination match play (in the event of a two-way tie in a group, if the format is the same as last time, head-to-head match results will be used as the tiebreaker; a three-way tie will require a sudden-death stroke play hole by hole playoff).

As many as nine players won two of three ties last year but didn’t progress whereas Robert McIntyre did get through to the knockout phase, despite winning only one of his three matches.

On Saturday morning the winners of each group meet in the round of 16, with the quarter-finals being staged on Saturday afternoon. The semi-finals and final, as well as the third-place playoff, or consolation match, will be played on Sunday.

The Pete Dye designed Austin Country Club Course, created in 1980, isn’t long at just a shade over 7,000 yards. Situated by the shores of Lake Austin and carved through cedar and oak woodland, it’s very easy on the eye and with four reachable par fives and a drivable par four, there are several risk-reward holes and we’ll witness plenty of drama throughout the week.

Live on Sky Sports all five days, starting at 14:15 on Wednesday

What Will it Take to Win the WGC Dell Matchplay?

Plenty of match play experience is always a plus so focus on the results of previous renewals of this event, the Ryder Cup and the Presidents Cup.

Being fit and injury-free could be key this week given whoever wins will have to play seven matches over five days with two matches on Saturday and two on Sunday.

Players that are fresh, that haven’t been grinding it out every week in tough conditions on the Florida Swing, will probably fare better than those that have.

Adam Sarson (@Adam_Sarson on Twitter) has produced a list of all the competitors match play records here and it’s well worth a look.

Don’t be afraid to back someone that can get in their own way in stroke play events. Match play is a very different format. The players only have their opponent to worry about and there are numerous examples of players that struggle in-the-mix in stroke play absolutely thriving in this format.

Is There an Identikit Winner?

The profile of the winners appears to have changed recently with the last three having been similarly seeded and comparably priced.

Last year’s winner, Billy Horschel, was seeded 32nd, the 2018 winner, Bubba Watson, was seeded 35th and in-between the two, the 2019 winner, Kevin Kisner, was the 48th seed. And he was the highest seed to win since Geoff Ogilvy won the first of his two titles back in 2006. 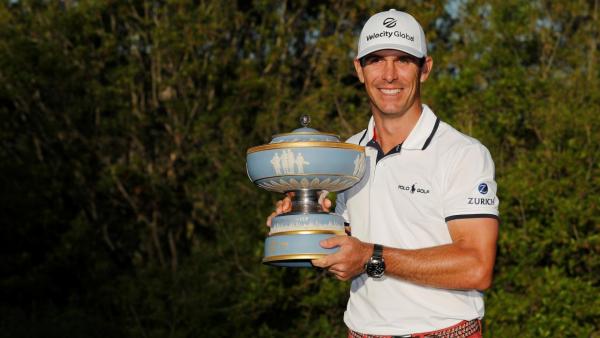 That’s quite a sea change given Bubba Watson, in 2018, was the first winner in 12 years to be ranked any worse than 21st and that nine of the previous 11 winners before him had been seeded between first and tenth.

In the first three years of this new format, the winner was either the first or second seed but after the last three results, it looks like the event has turned into a much harder one to predict and the top seeds aren’t finding it easy to get beyond the first three days…

In 2017 and ’18, only two of the top-eight seeds made it through to the knockout phase and three progressed out of their groups in 2019, but the seeds were battered last year with the number three seed, Jon Rahm, who was knocked out by the beaten finalist, Scottie Scheffler, in the quarterfinals, being the only player ranked inside the top-20 to get through the group stage.

In the very early days, with a lot of the big names swerving the tournament, outsiders fared quite well and we saw four big priced winners in-row. The inaugural winner, Maggert, Darren Clarke (2000), Steve Stricker (2001) and Kevin Sutherland (2002) were all matched at triple-figure odds but it’s been all change since and Ogilvy in 2006 remains the only triple-figure priced winner since 2002. The Australian, who later that year won the US Open, was a 150/1 shot.

Although Bubba was relatively unfancied in 2018, he was the fourth winner in-a-row to have won earlier in the year and two of the four, Dustin Johnson and Jason Day, had won their previous event so strong recent form looks key. Kisner hadn’t won but he’d been in very solid form, having finished inside the top-30 in six events in-a-row, and Horschel had finished second in the WGC – Workday Championship a month before he won.

Previous experience of the pressure cooker atmosphere of the Ryder Cup has so far proven invaluable. In 2013, six of the last eight were all experienced Ryder Cuppers and Robert Garrigus, who succumbed to eventual winner, Matt Kuchar, 3 & 2 in the quarterfinals, was the only one that could be described as not having significant team match play experience. The other non Ryder-Cupper was the 2016 winner, Jason Day, but he had plenty of Presidents Cup experience anyway.

Tiger Woods, Geoff Ogilvy and Jason Day are all multiple title winners and I’d think twice about backing anyone that hasn’t previously enjoyed a degree of success in the event.

The match play is a tricky and infuriating tournament to bet on so arguably the best way to play the tournament is to wait until it starts and to watch the early play. It was soon obvious who the form horses were in 2018. Watson was sensational on Wednesday, playing his first nine holes in 28 strokes to go 6-up on Branden Grace and anyone that jumped on him then will have still got a decent price but even that’s a risky strategy. Kisner lost his first match to Ian Poulter in 2019.

If you’re planning on betting in-running, prior to the semi-finals in 2018, only 14% of players trailing after nine holes managed to win.

Jon Rahm hasn’t been at his best since he lost his way in the Farmers Insurance Open at the end of January where he finished third and his current form figures, reading 10-21-17-55 aren’t great.

Rahm was beaten in the final on his first appearance in the event in 2017 and he reached the quarter-finals last year, losing to the eventual runner-up, Scottie Scheffler, so he has event and course form but he isn’t playing well enough for my liking.

Justin Thomas is trending in the right direction, but he hasn’t got a brilliant record in the event. In five visits, the best he’s achieved is a semi-final appearance in 2018, when he lost 3&2 to the eventual runner-up, Bubba Watson, and I’m happy to serve him too.

Viktor Hovland’s been busy and he’s been playing well but this is only his second appearance in the event and he played poorly last year, losing to both Kevin Streelman and Abraham Ancer to be eliminated at the group stage before gaining a consolation (1 Up) win against Bernd Wiesberger in his final match.

This isn’t an event I like so I’m only backing two before the off – Paul Casey and Jordan Spieth.

Both are fine match play exponents and both have form in the tournament. 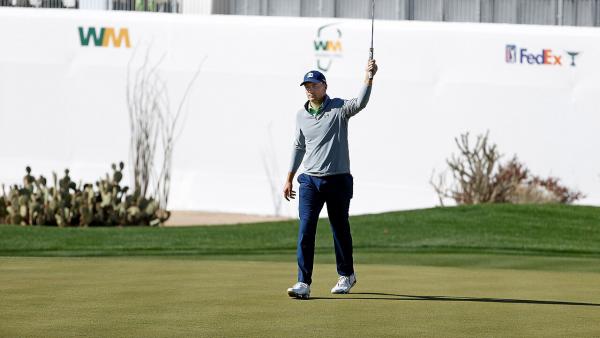 Spieth is playing in his home state, he likes the course, and he really should have fared better 12 months ago when he was knocked out by Matt Kuchar in the round of 16 having been two up after two and two up after ten. He was long-odds-on throughout the match and only went behind on the 18th hole.

Paul Casey was in fine form last time out in the Players Championship and he’s twice finished second in the tournament – in 2009 and 2010.

He’ll be nicely rested after swerving last week’s Valspar Championship – an event he won back-to-back in 2018 and 2019 – so another fine run in the tournament could be on the cards.

I’ll be back tomorrow with the Corales Puntacana Championship and Qatar Masters previews.